A new nanomaterial made from phosphorus, known as phosphorene, is shaping up as a key ingredient for more sustainable and efficient next-generation perovskite solar cells (PSCs).

PSCs which are one of the fastest developing new solar technologies and can achieve efficiencies comparable to more commonly used commercially available silicon solar cells.

“Silicon is currently the standard for rooftop solar, and other solar panels, but they take a lot of energy to produce them. They are not as sustainable as these newer options,” says adjunct Professor Shapter, now at University of Queensland.

“Phosphorene is an exciting material because it is a good conductor that will absorb visible light. In the past most non-metallic materials would have one property but not both,” he says.

“Our latest experiments have improved the potential of phosphene in solar cells, showing an extra efficiency of 2%-3% in electricity production.” 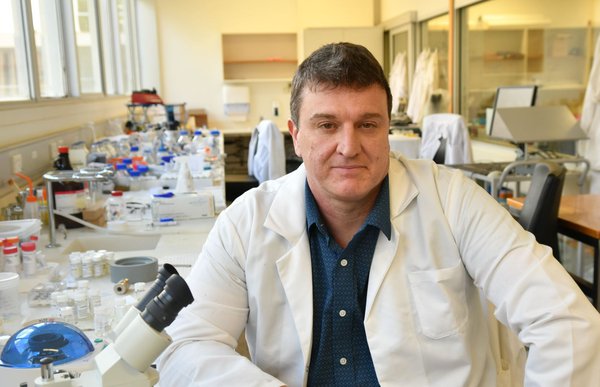 Research into making high quality 2D phosphorene in large quantities – along with other future materials such as graphene – are paving the way to more efficient and sustainable production with the use of the SA-made VFD, near-infrared laser light pulses, and even an industrial-scale microwave oven.

The work with phosphorene is exploring the addition of different atoms to the matrix which is showing very promising results in catalysis, particularly in the area of water splitting to produce hydrogen and oxygen.

With the ability to artificially produce perovskite structures, commercial viability is at the threshold and not too far away once the cells can be successfully scaled up. Meanwhile research around the world continues to look for ways to improve and optimise perovskite cell performance.

Professor Shaper also is continuing the pioneering solar-cell research at the UQ with Dr Munkhbayar Batmunkh and Abdulaziz Bati, all co-authors of the new paper ‘Efficient Production of Phosphorene Nanosheets via Shear Stress Mediated Exfoliation for Low-Temperature Perovskite Solar Cells.