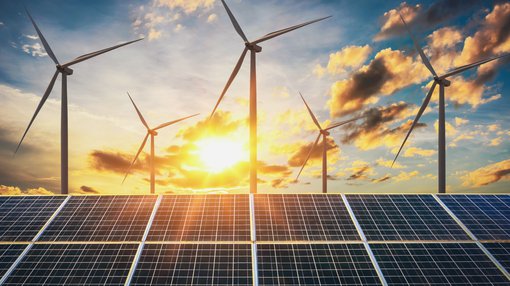 Enel Green Power S.p.A., the fully-owned subsidiary of US$43.8 billion-capped Enel SpA (listed on the Milan Stock Exchange, ENEL:MI), is trying to single-handedly ‘save the planet’ through green energy projects — or so it seems.

That makes it one of the biggest renewable operators in the world, and with an annual production of about 82TWh. (A terawatt = 1000 gigawatts, a gigawatt = 1000 megawatts.)

To put that in perspective, Australia’s largest solar farm ‘Bungala’, still being built near SA’s Port Augusta, will produce ~300 megawatts once fully functioning.

Enel Green Power are the ones behind the Bungala project but, safe to say, it represents a mere blip on its solar radar.

And it’s not just solar; Enel produce renewable energy from water, wind and heat from the earth.

The company’s latest news is about the progress at its Villanueva Photovoltaic Solar Plant in Mexico where a 10% expansion is currently underway.

Once that’s done and dusted — and dusted really is the operative word here, considering the plant is on 2,400 hectares of extremely hot, arid desert land in Viesca, Coahuila — it will consist of a whopping 2,500,000 million photovoltaic panels.

It will then be the largest solar power plant in the Americas, and in the western hemisphere.

Enel has a history of combining cutting edge digital technology with renewable energy ambitions, and this project has been the most prominent example of its dedication to that principle.

The extreme conditions at the Villanueva plant posed unique challenges for the company, not just in terms of making sure the panels can withstand the harsh conditions, but that the workers can too.

Beyond climate issues, the sheer number of panels and the size of the land required both added considerably to the logistical challenge — and a need to use the latest technologies.

The company’s latest video below gives a pretty good idea of the scale of the project.

Once complete, Villanueva will be Enel’s most extensive solar project.

In the words of Enel Green Power’s chief of logistics for Mexico and Central America, Silvia Rangel: “The sheer size of the [Villanueva] project called for the deployment of software capable of providing an accurate, real-time status on the supply chain, thus reducing the margin of error and the heat exposure our colleagues had to endure on the ground.”

Doing what any good, technologically-savvy green energy multinational would do, the first step was to commission an automatised machine to do the earth-moving and relocate thousands of flora and fauna species from the project site (a solid tick for both the company’s environmental integrity and its tech ‘cred’).

Enel also got together the ICT sector, Engineering, Construction and Logistics teams to create four Apps which operate on smartphones — a sort of digital field assistant for the construction zone.

The apps do all sorts of monitoring and data relaying functions, using IoT, data analysis and more.

Villanueva was the first of its projects to fully embrace this principle and so far, so good. 380,000 automated trackers make up a key part of the plant; the trackers tilt the panels as they follow the sun’s path across the sky to ensure maximum energy capture.

Enel has big plans for a multi-country network of innovation labs to inform its array of renewables project development, but to begin with it has created the Passo Martino Innovation Lab, in the Catania province of Italy.

As this column is all about the cross-section between green energy and innovation, here’s a snapshot (according to the company) of what’s currently being worked on at the lab to whet your green innovation appetite:

On its website, the company also adds that, “The collaborations between the various players in our centre’s spaces creates a synergistic ecosystem between the research world and the entrepreneurial side that can facilitate the process of new job creation”.

That last point is a key one for Enel seeing as Italy has ~10% unemployment rate, which peaked as high as 13% only a few years ago.