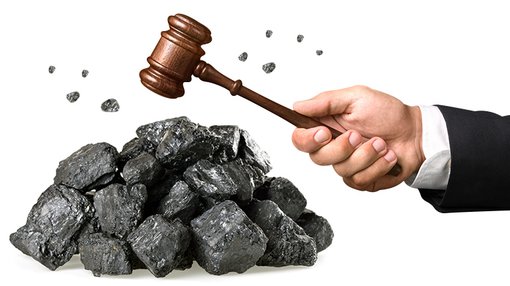 In an Australian first, a NSW court has ruled against the development of a new coal mine due to concerns around greenhouse gas emissions and resulting climate change.

The controversial Rocky Hill open-cut coal mine is located in NSW’s Hunter Valley, near the Mid North Coast town of Gloucester.

The ruling dismissed Gloucester Resources appeal of the Department of Planning and Environment's 2017 decision to not approve the mine. At the time, the state’s Planning Minister, Anthony Roberts, refused a mining licence on the grounds that the proposal did not meet environmental and social requirements.

A rejection on that basis is not unusual. Ruling against the development of a mine (of any type) happens frequently and for varying reasons.

What’s really interesting about this particular case is that the judge’s reasoning incorporates concerns around climate change. Justice Preston asserted that the Rocky Hill mine would be “a material source of greenhouse gases and contribute to climate change”.

He brought up the fact that the NSW government had endorsed the Paris climate agreement to cut emissions, setting itself the “goal of achieving net zero emissions by 2050”.

Therefore, he found it would be wrong to approve a new coal mine as its emissions would “increase global total concentrations of greenhouse gases at a time when what is now urgently needed, in order to meet generally agreed climate targets, is a rapid and deep decrease”.

Justice Preston was clear in his reasoning, noting that “all of the direct and indirect greenhouse gas emissions of the Rocky Hill Coal Project will impact on the environment,” and frankly accepted that “most fossil fuel reserves will need to remain in the ground unburned”.

All up, over the mine life it would have contributed an estimated 37.8 million tonnes of carbon-dioxide equivalent — a sizeable individual source of such emissions, so his reasoning seems sound.

This most recent ruling against Gloucester’s appeal has essentially shut the door on the mine’s development, paving the way for other courts to make similar rulings. Essentially it’s placing environmental interests, particularly those that are climate related, above coal miners’ profits.

Given the status of the court and the seniority of Justice Preston, the NSW Environmental Defenders Office (EDO), expects the judgement to be highly influential.

Taking a wider view, this judgement could have serious implications for other would-be coal miners and may have set a precedent for other Australian fossil-fuel projects.

Therefore, this historic decision is something for renewable and resource stock investors alike to bear in mind.

Will it now be harder to expand or establish new mines after the ruling?

David Morris, chief executive of the NSW EDO concludes that such a judgment “will be generally applicable to any coal mine in Australia”.

However, the impact on individual coal miners won’t be uniform across the board.

With less supply in the pipeline due to the rejection of the Rocky Hill mine and potentially other new, as well as expanded, coal mines, demand competition is likely to heat up.

In theory, at least, this should see coal prices rise, while production volumes fall.

For investors, it will come down to analysing their individual holdings. Miners planning to develop new mines or expand existing mines, possibly face increased regulatory barriers in light of the ruling. Yet those companies with mines already up and running, with no foreseeable additions, are less likely to face such pointed risks.

Then, of course, there’s your own ethical stance to take into consideration. Fortunately, there are plenty of other, more environmentally friendly, options when investing in the energy space if you so wish...

Will limitations on coal mines spur greater uptake of renewables?

Tougher restriction around greenhouse gas emissions, along with limited fossil fuel supply, should carry over to benefit the country’s renewable energy sector.

Existing fossil fuel power plants do remain one of the lowest cost forms of power in Australia, largely due to their sunk capital costs.

Yet according to the CSIRO and the Australian Energy Market Operator, new wind and solar farms will soon be cheaper, that’s even without a carbon price. Already, solar and wind generation technologies are the lowest-cost ways to generate electricity for Australia, when compared to any other new-build sources.

Much of the limitations of these technologies to date have been to do with having sufficient capacity to store the power generation by wind and solar. Yet with rapidly improving battery technologies, these concerns should prove to be merely a hiccup.

Being a diversified ETF, this ones more suited to the less risk tolerant investors out there.

On the other side of the risk spectrum is Carnegie Clean Energy (ASX:CCE). CCE’s technology seeks to harness wave energy – yes, from the ocean – but is some way off being commercial. Shareholder discontent, along with a dramatic drop in price of solar and wind power, have battered the share price. This is one for the high risk punters only.

Another small cap that you may prefer to add to your watchlist is Genex Power Ltd (ASX:GNX).