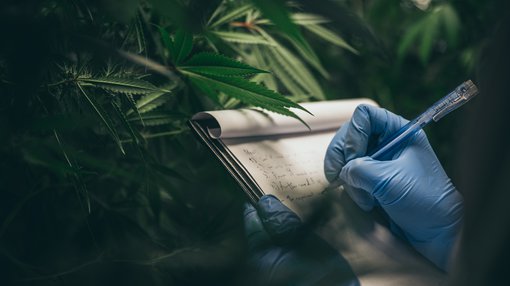 The final week in April has proven to be a big week in the cannabis sector, with several global milestones expected in May.

THC released a strong quarterly this week, noting that its 100% Australian produced TGA GMP medicines will be available for prescription to Australian patients within the next month.

The Company has completed stability testing and TGA validation of its first Australian produced medicine enabling the scale up of production volumes of these medicines.

The roll out of the Company’s 100% Australian produced TGA GMP medicines complements its other medicines range which is being progressively made available for prescription to Australian patients in the coming months. The expanded range includes imported white-labelled medicines, and medicines produced by the THC Global using imported crude cannabis extract.

THC Global remains committed to supplying medicinal cannabis medicines for at least 6,000 Australian patients through 2020, with the roll out of its expanded medicines range continuing in the coming months.

The company is also preparing to launch its imported white-labelled medicines. These medicines, under its Canndeo brand, are intended to be low patient cost, high quality medicines made accessible to Australian patients in need and priced competitively for the global export market.

Additionally, with international mutual recognition of TGA GMP licences, the Company’s medicines are also recognised as EU GMP medicines that can be exported into markets including Germany, enabling the Company to export into other cannabis markets globally where demand for these medicines is strong.

In Q1 2020, THC Global’s cash receipts exceeded A$1.2 million, representing a 44% year on year growth driven primarily due to its hydroponics equipment business, whilst operations in Canada, have not been affected by the pandemic as its hydroponics equipment business has been deemed an essential service as part of the cannabis supply chain, and accordingly not subject to the business restrictions currently in force in Vancouver.

However, the Company is experiencing a temporary difficulty in sourcing and transporting of merchandise from major Asian manufacturing hubs which has reduced availability of certain product lines sold by the Company. As a result, the Company has not been able to fulfil some customer orders, resulting in a near term fall in realised revenue.

Given this near term uncertainty, THC Global is withdrawing its revenue expectation of $7 million for 2020 for this business unit. However, revenues are expected to increase with the roll out of its medicines.

THC Global Chief Executive Officer, Ken Charteris commented, “With prescriptions of our 100% Australian produced medicinal cannabis medicines to commence by the end of May, and our Southport Facility being expanded to support additional production, we’re well positioned to reach our targeted 6,000 Australian patients.

“Further, securing additional funding given current market conditions on favourable terms and without dilution to shareholders is a great outcome for us and ensures we can execute on our plan through 2020 and beyond.”

The company is also set to begin building one of the world’s largest medicinal cannabis operations in the central Victorian city of Shepparton.

The 160,000 square-metre facility to be built in phases in Shepparton will produce 160 tonnes of medicinal cannabis a year once fully constructed for the Australian pharmaceutical industry, which currently has no local supplier at scale.

The Shepparton facility will eventually require more than 400 jobs a year in regional Victoria, with many more during the building process.

The big news out of the Canntrek offices this week was its agreement with iX Syrinx Pty Ltd, a wholly owned subsidiary of Singapore-listed specialty pharmaceutical company iX Biopharma, to distribute sublingual (under the tongue) medicinal cannabis wafers in Australia.

In commenting on the deal, Tommy Huppert, CEO of Cannatrek, said: “The supply agreement with iX Syrinx Pty Ltd was a natural progression of Cannatrek’s seed-to-patient growth plans, which includes the development of different cannabinoid formulations into active ingredients to treat different diseases and their symptoms like insomnia, pain and stress.

“We are committed to providing patients with safe, affordable and effective treatments. Built upon the novel and patented WaferiX® technology, the unique and superior sublingual cannabis wafers are well-positioned to disrupt the current market of medicinal cannabis products.”

The research program has yielded a new tetrahydrocannabivarin (THC-V) delivery system providing for sustained release of the cannabinoid over a predetermined period of time and two other delivery systems for immediate release.

Project Varin is a program to develop new delivery systems for varin cannabinoids. THC-V, which is one of the best known Varins, is becoming known within the cannabinoid sciences arena as the 'Skinny Cannabinoid' due to its purported appetite suppression qualities, and its possible use as a treatment against obesity-associated glucose intolerance.

The technology being developed through this study will be implemented in coffee and tea products to be released in May 2020. THC-V is similar in chemical structure to tetrahydrocannabinol (THC), but is non-psychoactive and not scheduled as a controlled substance.

"While these developments add to our growing list of intellectual property, these are much more than technologies that will sit on a shelf," commented Arman Tabatabaei, CEO of Cannabis Global. "We have already integrated both the sustained and immediate release versions into beverage products that we expect to be available to consumers next month. We believe the field of minor and exotic cannabinoids will grow substantially this year with several product introductions. We are extremely excited at the prospect of being a first mover in this emerging market segment."

The most significant of the developments produced a sustained release polymeric nanoparticle at ultra-high level loading, meaning the particles are mainly made of pure THC-V. These particles are designed to release the THC-V in a delayed manner. When used with immediate-release particles, they hold the promise to provide sustained dosing over many hours.

Other versions of the THC-V infusion technology are designed to provide immediate release via formulations that utilize none of the chemicals, such as emulsifiers and surfactants, that are often used in cannabinoid infusion delivery vehicles. The nano-particle versions were developed based on the Company's pending patents filed late last year. The Company utilised both botanically derived and pharmaceutical-grade synthetic tetrahydrocannabinol to develop these infusion technologies.

Check out our podcast with WeedMD

This week we spoke with WeedMD executive director George Scorsis about how Canada’s cannabis companies are responding to COVID-19 by supplying vital personal protection equipment to frontline workers.

What does a Kamala Harris Vice Presidency mean for cannabis legalisation? How (and why) companies are mixing Terpenes into Cannabis Distillates Will 2021 be the year the cannabis industry makes a comeback? Would the legalisation of recreational cannabis fill a budget black hole?