What stocks to watch when cannabis makes a comeback 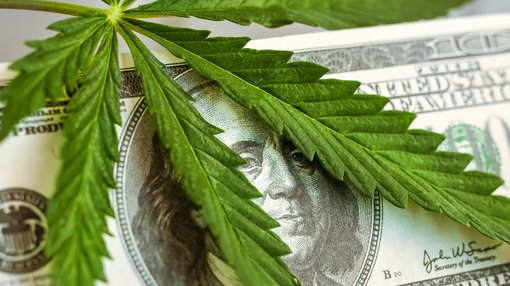 Associated Press reported at the start of the week that the sale of recreational cannabis in Illinois which began on 1 January had generated sales of more than $8 million in two days.

It was also reported that sales of $3.1 million were generated in Michigan following legalisation on 1 December, 2019.

The Chicago Tribune reported that demand was huge with one dispensary running out of stock for recreational purposes, but maintaining some supplies for medical use.

There were reports that staff had been rested after working five consecutive 14 hour days, leaving a shortage of state approved employees in Illinois.

Despite this relatively upbeat backdrop, cannabis stocks have generally started the year lower with notable declines including the US$2 billion Aurora Cannabis (NYSE:ACB) which is now trading around the US$1.80 mark after starting the year at US$2.25 per share.

The group’s 12 month share price performance as shown in the following three-year share price chart is indicative of the broader sector which went from hero to zero in 2019 after performing strongly in 2017/2018.

Conversely, Barrons noted comments from Stifel analyst Bill Alpert who is of the view that cannabis stocks will rebound in the first half of 2020.

From a broader perspective he was reported as saying, “Ontario store openings should uncork a Canadian bottleneck, while US operators will grow out of the shadow of their stumbling northern counterparts.’’

So it is fair to say that in assessing investment opportunities in the cannabis sector, it is far from a one size fits all industry.

It is also worth noting that there are similarities between the rationale behind valuations attributed to stocks in the cannabis sector and the broader market.

For example, an unprofitable early stage company with high levels of capital expenditure on unproven products is going to be treated with much more caution than a player with visible revenues and earnings, proven products, unique intellectual property and established markets.

As the US tends to set the tone for industry sentiment, and in the case of cannabis is increasingly supportive of the industry from a regulatory perspective, Finfeed has run the ruler across three players in the sector with very different profiles.

The aim is to identify common characteristics evident in the performance of these US stocks.

This should help in identifying ASX listed cannabis stocks that have a promising profile, as well as indicating those that require more caution.

The first company we examine is Corbus Pharmaceuticals Holdings, a Phase 3 clinical-stage pharmaceutical company focused on the development and commercialisation of novel therapeutics to treat inflammatory and fibrotic diseases by leveraging its pipeline of rationally designed endocannabinoid system-targeting drug candidates.

Corbus is also developing a pipeline of drug candidates targeting the endocannabinoid system.

The company had positive news on both fronts in November and December, and these events resulted in its share price increasing from about US$4.30 to close the year at US$5.50 before recently surpassing the US$6.00 mark.

A key development in November was the completion of patient enrolment in the Phase 2b study evaluating the efficacy and safety of lenabasum for the treatment of cystic fibrosis (CF).

The company expects to report data from this study in the summer of 2020.

Lenabasum has Orphan Drug Designation and Fast Track status for treatment of CF.

The key takeaways here are that the company is drawing closer to the end point where it can potentially take the drug to market, and with information regarding the study to be released by about mid-2020 investors appear to be taking a position in anticipation of positive newsflow.

This is how the company’s share price reacted to the news - note the share price surge that has occurred since November. 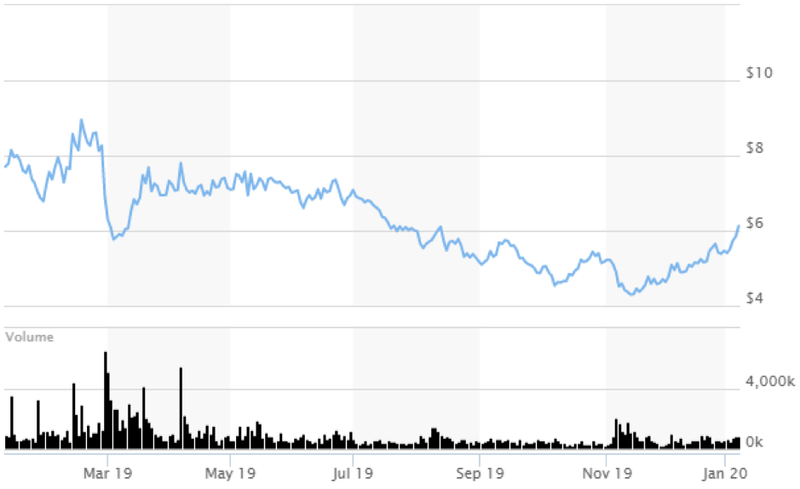 Our next company is a very different story in terms of revenue predictability, particularly given recent regulatory changes in its key markets.

The US$2.3 billion Cronos Group Inc is an innovative global cannabinoid company with international production and distribution across five continents.

The company is striving to build an iconic brand portfolio which currently includes proprietary products across global health and wellness.

While the company’s global market presence and its industry positioning appear attractive from the surface, Cronos has been caught up in negative sentiment regarding vaping related illnesses.

This came to the surface in the December quarter of 2019 and you will note that since September when this news emerged the company’s shares have plunged from about US$8.50 to US$6.10. 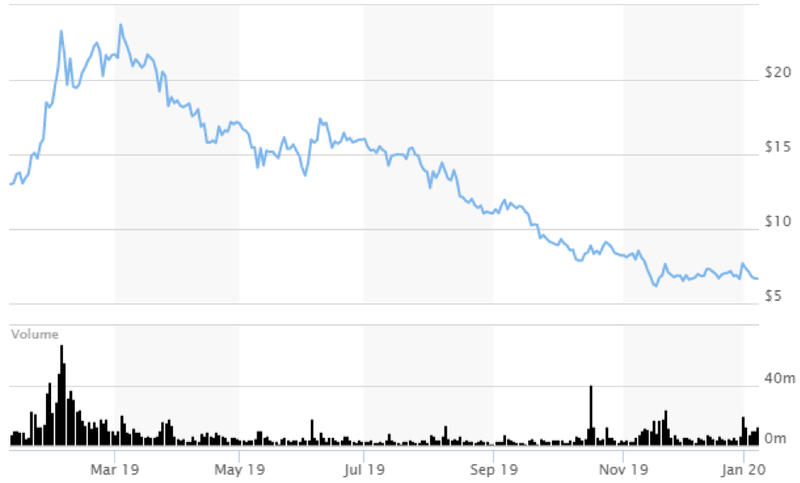 This highlights the need to be aware of all aspects of a company’s business.

On the surface, Cronos reads like a pure play cannabis stock, but like many in the sector that are looking to identify niche revenue streams, management targeted vaping products which more recently have been linked to lung injuries.

Unfortunately, Cronos’ revenues stand to be negatively impacted by the banning of e-cigarettes.

The linked article which was published in late October suggests Cronos Group is trading at a premium to fair value, highlighting that it has the worst profit margins compared with its peers.

The following is an excerpt from the article which shows production capacity.

While GW Pharmaceuticals couldn’t defy the negative trends that plagued the industry in 2019, the group’s business model appears to be intact.

The group is benefiting from revenues generated by commercialised drugs that are distributed globally and there is the scope for growth through its FDA approved Epidiolex.

The US$3.1 billion company has been developing a portfolio of cannabinoid medicines for many years and as such its share price performance since listing in 2013 is arguably of more significance. 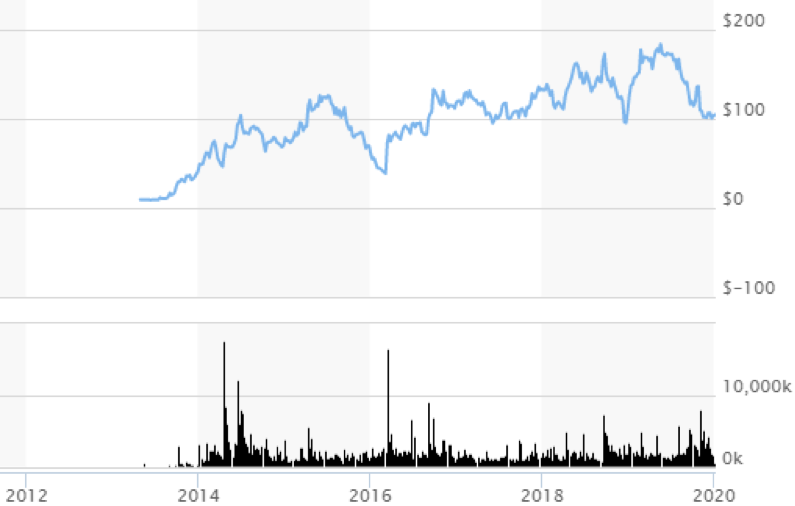 While broader market sentiment appears to have triggered a retracement, the company is still a 10 bagger relative to its 2013 entry price.

However, it is the group’s drug portfolio and the ongoing development of cannabinoid products for autism spectrum disorders, schizophrenia and glioma that really impresses.

GW has established a world leading position in the development of plant-derived cannabinoid therapeutics through its proven drug discovery and development processes, intellectual property portfolio and regulatory and manufacturing expertise.

For investors looking to profile ASX listed companies in the cannabis sector the aforementioned key factors underpinning the GW business are ones to look out for.

Importantly, GW has developed an oral formulation of purified cannabidiol (CBD), approved as EPIDIOLEX® in the US by the Food and Drug Administration (FDA) for seizures associated with Lennox-Gastaut syndrome or Dravet Syndrome, two rare and severe early-onset, drug-resistant epilepsy syndromes.

This is the first cannabis plant-derived medicine ever approved by the FDA.

The medicine was launched in the US as a prescription medicine by the group’s US operating subsidiary, Greenwich Biosciences Inc., on November 1, 2018.

This product has received approval in the European Union by the European Medicines Agency (EMA) under the tradename EPIDYOLEX® for use as adjunctive therapy of seizures associated with Lennox-Gastaut syndrome (LGS) or Dravet syndrome, in conjunction with clobazam, for patients 2 years of age and older.

More than 10 years ago, GW successfully developed the world’s first prescription medicine derived from the cannabis plant, a complex botanical mixture called Sativex® in Europe and nabiximols in the US.

It is now approved in over 25 countries outside of the US for the treatment of spasticity due to multiple sclerosis.

GW continues to research and develop Sativex and is preparing to file an NDA in the United States.

The company has a deep pipeline of additional clinical stage cannabinoid product candidates under development with a particular focus on neurological conditions.

Potential share price catalysts in 2020 include further developments regarding Sativex and progress with clinical stage products.

As indicated below, the company has several drugs at advanced stages of clinical trials, as well as having achieved success in early stage trials. 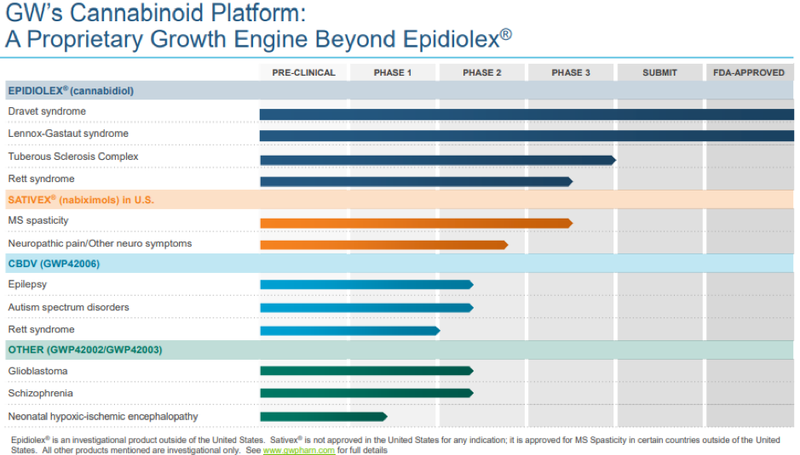 While significant capital investment is required in terms of progressing trials in developing new drugs, the company is now generating substantial revenues from its established portfolio.

Net sales of approximately US$102 million were generated in the first half of 2019, and plans are in place for the progression of pricing and reimbursement in relation to Epidyolex® (cannabidiol) in a second wave of 10 European Union markets.

Applying forward price to sales fundamentals, GW looks one of the pick stocks in what appears to be a recovering industry.