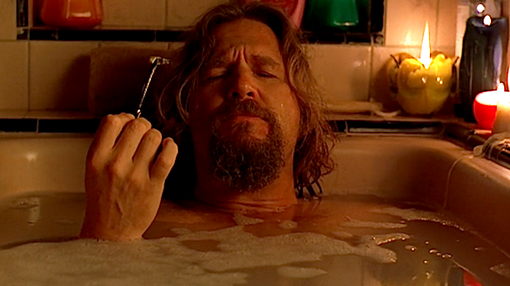 2018 was a pivotal year for pot, with both the legalisation and legitimisation of the drug gathering steam.

Beginning with Australia giving the green light to cannabis exports, and ending with the New Zealand government announcing it will hold a referendum on recreational pot legalisation in the next general election come 2020, 2018 saw an increasing mainstream acceptance of weed.

From the medical side of things, this was especially blatant in June, when GW Pharmaceuticals (NASDAQ:GWPH) become the first drug developer to have a cannabis-derived therapy approved by the US Food and Drug Administration (FDA).

This CBD-based oral solution, known as Epidiolex, is a new treatment for children with two rare and serious forms of epilepsy and it received the lowest possible classification (Schedule V) for a controlled substance, per the US Drug Enforcement Agency.

Importantly, its approval provides companies looking to develop pot-based drugs a model for their own path to market.

Pot-related investment also thrived last year. Global funding to cannabis companies reached nearly US$2.2 billion and saw the inking of over 300 deals — a record high for the budding sector.

Canada was a trailblazer

One of the most widely reported green-hued moments of 2018 was Canada's landmark legalisation of recreational pot, bringing an end to almost a century of prohibition.

While some 30 countries have legalised medical cannabis to date, Canada is the second country, after Uruguay, and the first major global economic player to fully legalise the drug.

Yet last year legalisation of medical marijuana also spread well beyond Canada, to South Korea and Thailand — something few people saw coming — as well as to the UK and New Zealand.

Canada’s move to fully legalise the drug, meanwhile, has sparked the creation and rapid growth of a number of Canadian pot-stocks, including the likes of Canopy Growth (NYSE:CGC | TSX:WEED), Aurora Cannabis (TSX/NYSE:ACB), Tilray (NASDAQ:TLRY), Aphria (NYSE/TSE:APHA), and Cronos Group (TSX/NASDAQ:CRON), several of which have courted dual listings on US exchanges to open up their doors to American investors.

Canadian operators such as these are taking on multi-billion dollar investments from the alcohol and tobacco industries, illustrating big corporate’s recognition of cannabis’s growth potential.

Notably, Canopy Growth became the first pure-play pot-stock whose valuation has entered the large-cap corridor (with a market cap of at least $10 billion). That had a lot to do with a US$4 billion investment by Corona beer maker Constellation Brands (NYSE:STZ) in August.

Following in this vein, in December, tobacco giant Altria (NYSE:MO) invested US$1.8 billion in Cronos Group.

According to Deloitte, the total weed market in Canada, including both legal and illegal use, is expected to generate up to US$7.17 billion in total sales in 2019.

However, heightened demand has resulted in supply shortages in Canada. After months of legal recreational sales, stores are still having trouble procuring enough weed from producers that have built large valuations on promises of selling tons of the drug.

On top of that, legal cannabis in Canada costs nearly 50% more than black market pot, according to an analysis of price quotes by Statistics Canada earlier this week.

Bulls on the pot parade

On a wider scale, according to recent data by Genesis Market Insights, the global cannabis market was valued at US$17.2 billion in 2017 and is projected to reach US$58.9 billion during the forecast period of 2018 to 2023.

Unsurprisingly, the US and Canada control the majority of that global market — but unlike Canada, the US hasn’t yet legalised the drug on a federal level.

In the last few weeks of 2018, Donald Trump signed hemp legalisation into law — a change that’s expected to trigger considerable changes for the CBD industry. In turn, the FDA has said it will consider creating new policy regarding the marketing and sale of cannabis, noting that it's hoping to make more efficient “pathways” for companies to introduce and market cannabis and cannabis-derived products, including CBD into interstate commerce.

The legalisation push across the US is also showing no signs of slowing down. On Monday, New York governor Andrew Cuomo called for the drug to be made legal for recreational use in his state, including America’s most densely populated city.

Cowen analyst and cannabis bull, Vivien Azer, believes US sales of marijuana will rise more than she previously projected to US$80 billion by 2030 — if, that is, the drug receives full legal status at the federal level — and this new forecast could significantly impact pot-stocks globally.

"Our increased confidence reflects the bigger than expected increases that we continue to see for reported cannabis incidence among adults," Azer wrote in a research note on Tuesday.

What this suggests is that pot users of yore are returning to the drug in greater numbers as the social stigma and legislative barriers break down.

Australia slower on the uptake

Meanwhile, in the wake of Canada's landmark legalisation of recreational use and the multiple US states that have done the same, speculation has doubled down on the potential size of the nascent Australian market. New Frontier Data estimates that the total legal and illegal Australian cannabis market is worth between $4.6 billion and $6.3 billion.

There are more than 20 pot-stocks listed on the ASX, and Australia now has over 2000 medical cannabis patients with easier access to prescriptions. It’s also looking increasingly likely that the ACT will legalise personal use in the not-so-distant future.

However, while Australia is making slow but steady progress in this general direction, it’s lagging behind the more progressive legislative landscape of the US, Canada and New Zealand.

Medical cannabis is technically legal in Australia, but the practical reality of accessing the drug is fraught, with long wait times, prohibitively high expenses and uninformed doctors.

When it comes to recreational use, which is currently illegal on a federal level, the Australian Greens are proposing a government-regulated system for legalisation that will take the drug “out of the hands of criminals and dealers”.

“Quite simply, the war on drugs is really a war on people,” Richard Di Natale, the party’s leader, told the ABC last year. “We need to get real about cannabis use in Australia.”

Greens Senator for Queensland, Larissa Waters, said it’s “high time” for Australia to legalise the drug. And that “one in three Australians have used it, and the vast majority of Australians think it shouldn’t be a crime to do so”.

“Now that Canada, states in the US, and New Zealand are moving down the path of legalisation, Australia risks getting left behind if our politicians continue to support the failed experiment of prohibition.

“One in three Australians have used it, and the vast majority of Australians think it shouldn’t be a crime to do so,” Waters told news.com.au. “Now that Canada, states in the US, and New Zealand are moving down the path of legalisation, Australia risks getting left behind if our politicians continue to support the failed experiment of prohibition.

“Drug use is a health issue, not a criminal one. We know that the ‘war on drugs’ is a colossal public policy failure which has destroyed thousands of Australian lives. The most dangerous thing about cannabis is its legal status — people face arrest or imprisonment for using it,” Waters said.

If Australia were to fully legalise pot, the total market, inclusive of both medical and recreational use, would be worth an estimated $5.5 billion annually.

If even Trump is open to hopping aboard the full legalisation train (and has even touted by some as marijuana’s unlikely saviour), Australian PM Scott Morrison’s emphatic 'no' on the same issue raises a question mark.

That said, Morrison (who no one has ever described as progressive, even by comparison) is Australia's sixth prime minister in just 11 years, so perhaps this particular problem will sort itself out.

Regardless, according to a report from the Australian Institute of Health and Welfare, one in 10 Australians have used cannabis in the last 12 months.

With all of these highs and lows in mind, on the heels of last year’s wild weed ride, 2019 is looking to be one in which widespread pot legitimisation (and de-stigmatisation) continues.

It should be noted, though, that continued volatility is expected as the still-embryonic industry continues to mature and find its footing.

“On a global level for the industry, 2019 will be characterised by product innovation,” Mike Gorenstein, CEO of the aforementioned Canadian pot-stock, Cronos Group, told Rolling Stone.

“We have this influx of specialists and creative people from other industries — whether it's food, beverage, tobacco, cosmetics — coming into the space and working with cannabis experts on developing products.”