Melbourne-based startup, The Cannabis Company, has launched the beverage you never realised you were thirsting for — purportedly, the world’s first cannabis-infused gin distilled with terpenes.

The Myrcene Hemp Gin, which sold out of its first release in just three days, is crafted in Victoria’s Healesville region and takes its name from the most abundant terpene in cannabis, which is also found in hops, mangoes and bay leaves.

Terpenes are essential oils that live in the same glands as the cannabinoids called trichomes. Terpenes give cannabis its distinctive flavour and aroma.

Unsurprisingly, they’re instrumental in the gastronomic market that’s been on the rise in the retail pot industry. Besides affecting fragrance and taste, there’s evidence suggesting that they may also accentuate cannabis’s effects (although they're not exclusive to pot). The sour diesel marijuana strain - which has a zesty yet diesel-like aroma - is known for it's mood-boosting effects.

Terpenes work with other cannabinoids such as CBD and THC, creating a union of compounds that achieve better results as a group than they would in isolation – an outcome known as “the entourage effect”.

According to The Cannabis Company, when used in high concentrations, myrcene is valued as a dietary health and wellness supplement, and is said to “produce joyful and euphoric effects alongside an overall feeling of relaxation”. It can also ease chronic pain and inflammation.

The Cannabis Company is the brainchild of PhD biochemist Dr. David Stapleton, entrepreneur Richard Jameson, and a marketing guru Cormac Sheehan. Its aim is simple: legalise the stuff.

While the company’s current product range is free from psychoactive substances, it plans to release products which include CBD in the longer term. “Hemp foods are just the tip of the iceberg,” its website maintains.

The gin itself is produced in column stills in order to create a “lighter, more refined gin”, with terpenes then added in the distillation process. 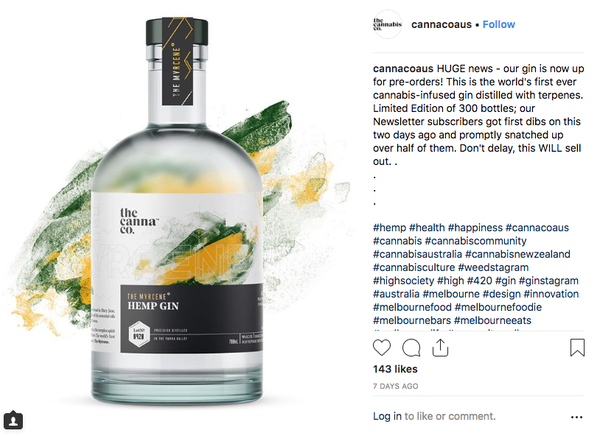 Very far from bong-water, from the sounds of it. According to the company, “bubblegum aromas blend with lavender, pine forest and sage,” and “soft tones of violet interact on the palate with woodland flavours of rosemary and resin, cloves and woody spices.”

“With a long complex finish and a rich mouthfeel”, the product “represents the marriage of past and future."

These kinds of florid descriptions recall the elevated prose of wine connoisseurship, turning the traditional association of pot with seediness on its head.

This hinges on something that’s pivotal not just to the success of the fast-growing cannabis beverage market and the interconnected edibles space, but also to a broader mainstream pot culture that’s recently emerged in parallel with an increasingly permissive legislative landscape.

This is a culture that maintains that pot can make for a tasty treat. Echoing this, beverage giant names like Constellation Brands (NYSE:STZ), Molson Coors Brewing Company (NYSE:TAP), Diageo (NYSE:DEO), and even Coca-Cola (NYSE:KO), have this year been making considerable investments in developing cannabis-infused drinks.

This is a potentially lucrative space to be playing in. According to analysts at Cannaccord Genuity, drinks infused with marijuana-derived compounds could become a US$600 million market in the US alone within the next four years, outpacing the growth of other categories of retail cannabis products.

But descriptors reminiscent of wine copywriting take this a step further, suggesting that pot-injected beverages (or pot in general) now have a distinguished place in the world of high culture — or old-world elegance meets urban sophistication, as the "marriage of past and future" theme suggests. 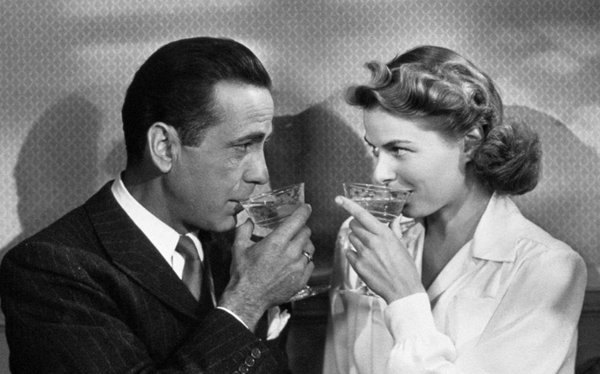 All of this, in turn, is very much removed from the stigma and reefer madness scaremongering that underpins the history of cannabis prohibition and legalisation — not to mention the hippy overtones that modern pot branding seems to be doing away with.

“We’ve got nothing against hippies,” Sheehan explained in an interview with SBS, “But the public image of the cannabis plant is still stuck in the 60s. It’s unfortunate, as this plant has a million applications as a food, a medicine, a textile, even as a sustainable fire-resistant building material. Yet it still suffers from considerable stigma, the result being that millions of Aussies are missing out on how it can benefit their lives.”

Something else worth considering here is that there are numerous restrictions around what you can say and do with labelling on hemp-featured products.

“They brought in a new bylaw that said you can't say the word ‘cannabis’ on a product,” Sheehan noted. “This meant that we wasted a couple of thousand dollars on packaging because we had to get it relabelled, so some of our products are CannaCo instead of the Cannabis Company.”

“We had to be very careful with the copy on the labels because we can’t make any direct reference to anything to do with cannabis culture, so we have to dance around a bit, saying ‘Mary Jane’ or ‘That Which Cannot Be Named’.”

The first 300 bottles of the gin produced in Healesville, Victoria, sold out in three days. The company has now released a second batch of gin which is available to pre-order for AU$99.00.

Latest articles on The Cannabis Company