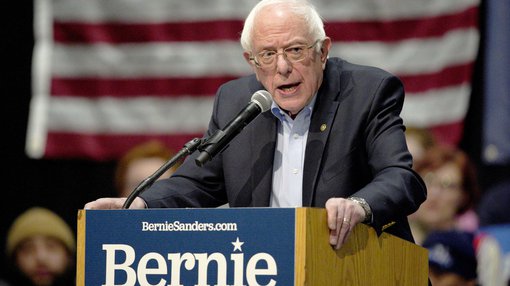 The global cannabis landscape has evolved in the past few years, with Canada federally legalizing the plant in 2018 and having just recently legalized edibles and extracts, the ACT here in Australia recently legalized cannabis possession, and countries like Mexico are on the brink of following suit.

When it comes to America, the country has legalized medicinal marijuana in 33 states, and recreational marijuana in 11 – most recently in Illinois. Early mover states like Colorado have reaped big rewards from the plant, bringing in US $1bn in tax revenue since they legalized cannabis.

Specifically in the U.S., cannabis has been a tremendous boon to the economy, generating an estimated $US52 billion in sales revenue, while creating just shy of 65,000 jobs in the cannabis space in 2018.

Though it hasn't all been triumphs and trichomes in the States, as there's been one rather large elephant in the room: federal legalization.

As it stands, cannabis remains federally illegal, which has placed some obstacles in the way of the booming cannabis industry. Namely, up until the passage of the SAFE Banking Act, cannabis business-owners have been unable to deal with banks.

This was labeled by some as a "new form of redlining," and placed a huge barrier to entry for many who wanted to join the cannabis craze, but simply couldn't do so without the help of a financial institution.

Now, as we edge closer to the 2020 U.S. Presidential election, candidates are putting their best foot forward when it comes to cannabis in the hopes of securing votes from the 66% of Americans who favour legalizing recreational cannabis.

When it comes to candidates for the 2020 election, few have been as vocal on cannabis as Vermont Senator Bernie Sanders.

Having run for President previously, Senator Sanders' views on cannabis have been made public for many years. In 2015 he gave a speech in which he states that "too many Americans have seen their lives destroyed because they have criminal records as a result of marijuana use. That's wrong. That has got to change."

While Bernie was unsuccessful in his 2016 campaign bid, he's taken the helm again in the hopes of winning in 2020 – and this time, he's outlined his new cannabis reform plan.

Launched at precisely 4:20 pm on the 24th of October, Senator Sanders released his comprehensive plan for marijuana legalization, in which Sanders stated he would sign an executive order to declassify marijuana as a controlled substance and make cannabis legal at the federal level.

Sanders has also announced plans to have marijuana legalized within his first 100 days in the office, should he attain Presidency, and he'll also be appointing an Attorney General whose role would be focused on ending the War on Drugs.

"Right now, unbelievably, under the Controlled Substances Act, marijuana is at the same level as heroin, which is insane."

On his reform, Sanders has said. "We take it out of [the Controlled Substances Act], which essentially legalizes marijuana all over this country."

The reform also mentions that "in a Sanders administration we will review all marijuana convictions – both federal and state – for expungement and re-sentencing. All past convictions will be expunged."

Legalize marijuana. Expunge past convictions. End the War on Drugs.

This means that individuals with a tarnished record due to a marijuana-related crime may now have their records cleared, and those who are currently imprisoned for similar crimes may have their sentences reduced. Part of the marijuana reform also stipulates that those who are nearing their release after incarceration will be afforded a "just reentry" back into society.

The re-entry program for those convicted of marijuana crimes involves training and providing resources to those who own their own businesses and worker-owned businesses, as well as guaranteeing jobs and free job training at trade schools and apprenticeship programs related to marijuana businesses.

The reform also plans to use revenue from marijuana sales in order to create a $10 billion USDA program that would provide grants to disproportionately affected areas, communities and individuals who have been arrested for or convicted of marijuana offenses to a greater extent than the general population.

While Sanders' proposed cannabis reform is certainly bold and impactful, marijuana enthusiasts certainly shouldn't put all their eggs into one basket – as Sanders isn't guaranteed Presidency in 2020.

Though virtually every candidate on the Democratic side of the aisle has come out in support of cannabis legalization, as explained in this post. 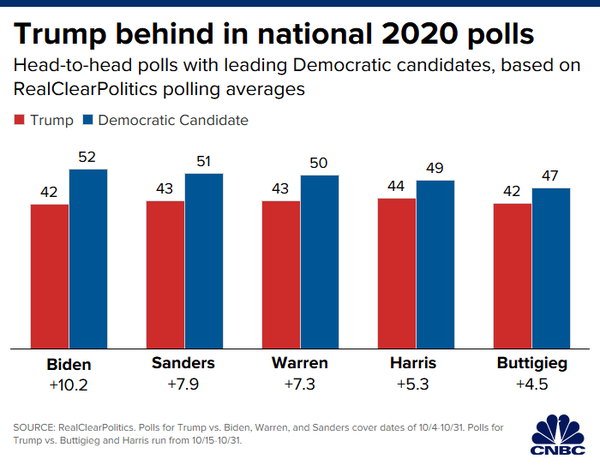 According to CNBC polls, every democratic candidate is also outperforming President Donald Trump, with Joe Biden in the lead and Bernie Sanders closely following.

In fact, Michael Collins, the director of national affairs at Drug Policy Action, has labelled Joe Biden as "the architect of the war on drugs."

Collins went on to say that "[Biden] embraced the war on drugs. He seized every opportunity he had. He really leaned into escalating it," he said.

This means, for those who support legalizing cannabis, but who also fall on the Democratic side of the aisle, you'd better keep your fingers crossed Biden doesn't take the win – and that someone with a cannabis policy like Bernie does.

However, it should be stated that polls aren't the most accurate metric, and many will remember that the 2016 polls had Hilary pegged as a definite winner of the US elections at the time.

Not only this, but the vast majority of Presidents also tend to get re-elected for their second term. In recent history, only two chief executives failed their second term bid over the last 50 years, Jimmy Carter and George Bush Snr.

This means that it's highly likely Donald Trump will retain his Presidency in 2020 for the next four years.

When it comes to Trump and cannabis, we're effectively seeing his stance on the plant play out now. Trump has been President for three years now, and has repeatedly maintained a "states choice" approach when it comes to legalization – with very little mention of federal legalization.

Louis O'Neill is a writer based in Sydney with a focus on social and political issues. Having interviewed local politicians and entrepreneurs, Louis now focuses on cannabis culture, legislation & reform. Originally published on The Green Fund.

Pardon Me? The Call to Expunge Canadian Cannabis Records