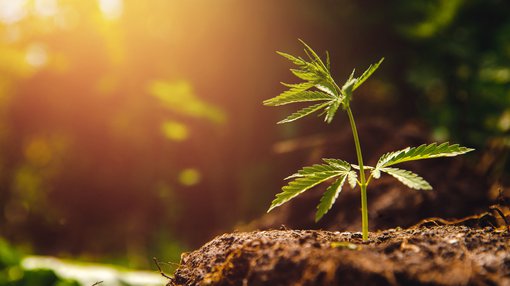 This week marked a pivotal new high for Canada, and for the budding legalised pot space more broadly. On Wednesday, it became the second country in the world, and the first industrialised nation, to legalise recreational weed.

Canadian pot could blossom into a market worth C$7.2 billion in total sales as soon as 2019, according to Deloitte’s 2018 cannabis report.

While it could be a long time before these kinds of profound legislative changes hit Australia – where the nascent pot movement is far more gradual — there are plenty of gains to be had for ASX cannabis investors.

Here are seven ASX pot-stocks with exposure to the buzzing Canadian market.

Creso Pharma is a cannabis innovator that’s using the green stuff to improve the lives of both humans and animals.

Creso was the first company to import medical cannabis into Australia. Notably, it’s also the only ASX-listed company that fully owns a Canadian cannabis facility. The small-cap is contemplating a dual-listing on the TSX to deepen its Canadian connection.

CPH formally entered the blossoming Canadian market by acquiring Mernova, a Nova Scotia-based medical cannabis growing operation. Earlier this month, CPH’s application to become a licenced producer was accepted by Health Canada — a major milestone — which will transpire in a cultivation licence.

With that in place, Creso is focused on fast-tracking its state-of-the-art, indoor growing facility in Windsor, Nova Scotia, to meet high and rising demand for recreational and medicinal marijuana products. The first crop is expected to be planted at the end of the year.

Something else that gives Creso a distinctive edge is its diversified business lines — it works on multiple applications for cannabis innovation, including nutraceuticals, animal health, and lifestyle products including weed-infused edibles and craft beer. 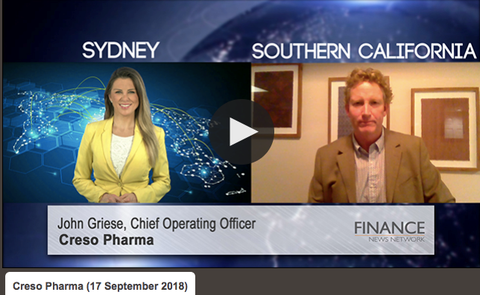 Roto-Gro is hoping to redefine the future of agriculture through innovation in cannabis technology. Its mission is to generate socially responsible, sustainable and profitable revenue by growing cannabis and perishable foods using its cutting-edge tech solutions, while maintaining the environment impact of traditional farming.

RGI’s approach is holistic, providing streamlined solutions from concept to harvest, integrating both design and growing expertise. It’s strategically focused on the thriving Canadian and US weed markets.

The Hydroponic Garden System produces uniform, high-quality plants indoors, using less space and energy than a conventional hydroponic environment, and at lower cost. It results in 10 times the production of traditional ‘flatbed’ growing in the same amount of floor area, using 40% less electricity. 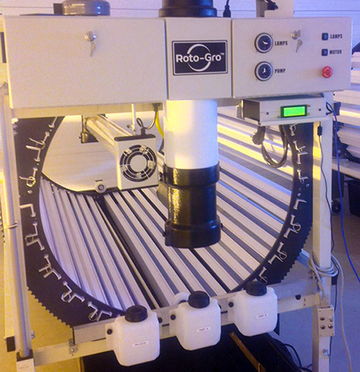 In collaboration with Miracle Valley Medical Alternatives M.V.M.A. Ltd., a Health Canada licensed producer, RGI is building a 29,000 square foot state-of-the-art cultivation and manufacturing facility in British Columbia, which will produce up to 5,400 kilos of pot per year. Phase one will see some 10,000 square feet of grow rooms outfitted with the company’s hydroponic systems, complete with its iGrow software.

MMJ was Australia’s first pot-stock. It’s repositioned itself as a global cannabis investment company, with a diversified portfolio of investments mostly focused on the lifestyle and recreational market.

Earlier this month, MMJ CEO, Jason Conroy, told Proactive Investors that his vision is to turn the company into the “Berkshire Hathaway of cannabis”...

The newest pot-stock on the ASX, Althea made its debut in September, raising $19.65 million in a highly coveted IPO.

The Melbourne-based company specialises in importing, cultivating, producing and supplying medicinal cannabis to patients in Australia.

Althea is backed by one of Canada’s biggest pot-growers, C$4.82 billion-capped Aphria (TSE:APH), which will supply both pot industry expertise and proprietary products.

This translates into sharp leverage for newcomer Althea, in which Aphria holds 25% — Aphria’s current annual production rate of about 35,000 kilograms, only achieved last spring with a tripling of previous capacity, is set to nearly triple again by the end of this year.

Thanks to this strategic partnership, Althea began importing and supplying five Althea-branded medicinal products to eligible patients back in May. It’s now reached its 100 patient milestone.

Althea plans to inject more than $10 million towards building a 3-tonne-per-year cultivation, extraction and manufacturing facility in Skye, Victoria.

Funds from the IPO will be also used to grow Althea Concierge, a digital platform and free-to-download mobile app that foster medical cannabis-related patient support and education.

AusCann aims to produce high-quality, economical, clinically validated cannabinoid medicine. It has operations across all aspects of the medical cannabis value chain, from cultivation and production, through to manufacturing and distribution.

It’s licenced to grow and manufacture pot-based medicines in Australia, and is initially targeting treatments for neuropathic and chronic pain in Australia and Chile.

AC8 has an extensive distribution network, recently broadened through the establishment of a relationship with Australian Pharmaceutical Industries (ASX:API), which has 466 high-profile brand pharmacies in its clutches.

It’s also backed by one of Canada’s most prominent weed heavyweights, C$14.71 billion Canopy Growth (NYSE:CGC | TSX:WEED), which recently sparked attention by completing the first legal export of cannabis products from Canada to the US.

Triggered by both Canada’s then-impending day of green celebration, as well as an ample investment by alcohol behemoth, Constellation Brands (NYSE:STZ) — the biggest investment in the industry to date — Canopy also recently became the first pure-play pot-stock whose valuation has entered the large-cap corridor (that is, with a market cap of at least $10 billion).

That relationship allows AusCann to import medications from Canada and supply them to Australian patients even before its first crops are grown and formulated. 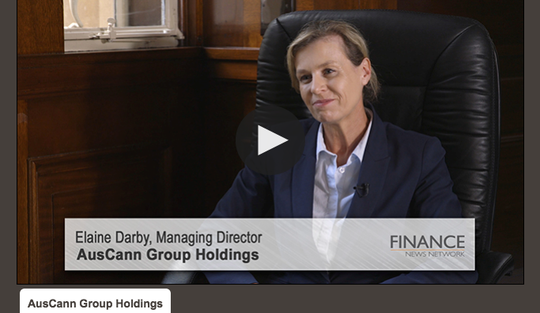 With a market cap of over $300 million, Cann Group is Australia’s most valuable pot-stock, and recently started to make money from pot sales, posting its first full year revenue of $1.5 million.

It was also the first Australian pot-stock to obtain a research and cultivation licence, and is already growing the stuff at a facility in southern Melbourne. CAN produced it first crop in August last year, which is being sold to the Victorian government. 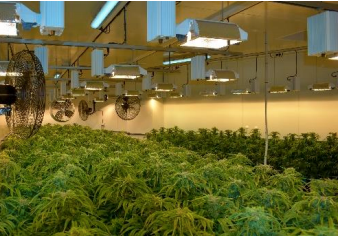 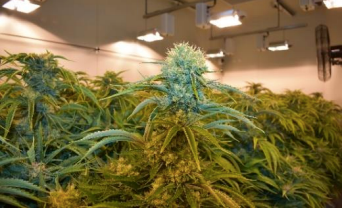 It’s also another ASX pot-stock to benefit from having a major Canadian shareholder. Aurora Cannabis (TSE:ACB), one of Canada’s biggest pot players with a market cap of C$13.19 billion, has a 22.9% stake in CAN.

CAN is also building Australia’s biggest state-of-the-art medical cannabis growing facility near Melbourne Airport, which is expected to employ 170 staff.

The company is now working with cannabis genetics specialist, Anadia Labs, to identify the most suitable material for import.

YPB is doing something quite different to its pot-stock peers. This small-cap is a brand protection and anti-counterfeit customer engagement solutions provider that wants to bring more trust to the booming cannabis industry.

YPB’s technology enables companies from industries with a strong need for authentication to reduce counterfeiting. One such industry that has a crucial need for item-level authentication is pot, although it’s not the only one YPB services.

YPB has signed up three weed industry clients to date in a series of deals falling under what YPB calls its joint Cannabis Confirmed initiative, which is being developed in a three-year partnership with Canadian pot company, Namaste Technologies (TSXV:N | OTCQB: NXTTF | FRA:M5BQ). This collaboration is expected to deliver significant revenues.

Namaste aspires to be the “Amazon of cannabis”. In Canada, it’s built a fully integrated e-commerce hub where patients can be seamlessly connected to doctors and a range of high-quality pot products, cultivators (both domestic and international), cannabis brands and consumption systems. It’s also extended this capability into the recreational market.

The Cannabis Confirmed initiative seeks to stamp out fakes by empowering cannabis brand customers to confirm the authenticity of their products after purchasing online by scanning a unique serialised QR code — called a ProtectCode — on the product packaging to authenticate it. Authenticity triggers engagement and this interaction connects the physical product to the digital world, enabling direct brand-to-customer engagement via smartphone. 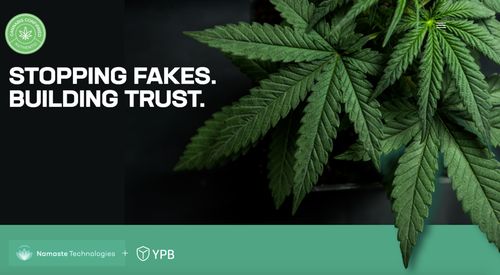 The first of these deals is with leading Chinese vaporiser manufacturer, Kingtons. The duo has also signed up Totem Vaporizers Inc., a leading vaporiser manufacturer in the weed industry, as well as Elev8 Distribution, a Colorado-based producer of cannabis vaporisers under the brand 7th Floor Vapes.

According to a report by BIS Research, the global recreational and medicinal vapor market was estimated at US$11.43 billion in 2016 and is expected to grow over US$86.43 billion by 2025.