Start your engines: Could a start-up run the government?

Over a quarter of Australians believe that Artificial Intelligence would make better decisions than politicians. That’s the finding from the latest research conducted by enterprise information management company OpenText.

In the current political climate where leadership spills and in-fighting mars common political sense, it’s probably not a bad assumption.

So, what would government look like if it was run by AI?

Well, we may not be too far from an answer. Governments around the world are already adopting the technology in some form as captured in this headline from the New Statesman.

This should be good news for start-ups as they can all clamour for a piece of the (often well-endowed) public purse.

Unsurprisingly, China and the US look to be particularly dominant in this space already. Australia is creeping up in numbers, too. Hyper Anna is an AI-based start-up that mixes fintech and AI to offer a virtual data scientist that answers questions about business performance.

Then there’s Daisee, an Australian Artificial intelligence (AI) start-up that finds commercial software applications for university research. It (she?) raised A$8.8 million in a Series A funding earlier in the year.

There are many more Aussie AI start-ups in the mix — so is it just a matter of time before we hear of start-ups infiltrating Canberra?

I may be getting ahead of myself. But would it be that bad of an idea to get a start-up to run the country, AI or otherwise? Start-ups consist of hard work, blood, sweat, tears, passion, care and a common goal — surely that would trump the back-stabbing, ‘save myself’, put-the-country-last attitude shown by an embarrassingly large proportion of today’s politicians.

... But getting back to start-ups. When they’re not taking over government with AI, they are actually offering up some pretty good ideas to other start-ups, entrepreneurs and businesses in general.

“As influencer marketing evolves and becomes an important part of online marketing, we are seeing a shift beyond your typical social influencers in the health, beauty and lifestyle space,” CEO and founder Williams said. “We are seeing a rise in demand for influencers within specific categories like business, finance and tech, where brands are wanting recognised, authentic voices who are already trusted authorities serving the industry, to champion their message.” Williams is an ambassador for global brands including Max Factor, La Prairie, MINI and Art Series Hotel.

The there’s Emma Sharley, co-founder of Shop You, who left corporate life to chase her purpose and passion. 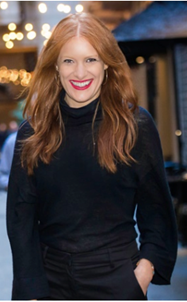 You can read Emma’s How to make the leap from corporate to start-up on Finfeed. She offers up highly practical advice that all businesses should take heed of.

Look out for an interview with Emma in the coming weeks.

One other start-up that has a bit to say and is a great example of good leadership is Veriu co-founders, Alex Thorpe and Rhys Williams, who have set out to disrupt the market and shift rental perceptions with their latest brand, UKO co-living.

Created from the notion that adaptability and flexibility are essential to thrive in the modern era, UKO focuses on an intelligent use of space and furniture designed to suit flexible living, while the social spaces serve as a launchpad for inspiration, imagination and conversation with fellow co-livers.

Watch this column for upcoming interviews featuring a chat with these start-up entrepreneurs, too.

This article began talking about AI start-ups, with a wry nod to how AI could be infiltrating the world of government — but the power and influence of the start-up ecosystem on our day-to-day lives is not to be taken lightly.

Start-ups begin their businesses with eyes wide open, hoping to change their small part of the world (you’d hope, in a similar fashion to how politicians first enter parliament). The difference with start-ups, or at least the successful ones, is that even through the ups and downs the desire to have a real impact remains.