Tech stock is rhipe for the picking

Tech group, Rhipe (ASX:RHP), is this week’s Speculate stock, and although it has performed strongly, the company trades on a very high multiple, such that it looks to be priced very well.

Such companies are traditionally punished if they underperform the market’s high expectations, so we will be examining a few aspects of the stock in order to assess its ability to maintain what to date has been an outstanding record.

A little about the company to start with... Rhipe is Asia-Pacific’s leading cloud channel company, providing technology partners with complete end-to-end cloud solutions, and helping them grow in the cloud economy.

Rhipe views itself as a “cloud first, channel first” company, recognised as an expert in subscription-software licensing, services and support across Asia Pacific, with a top-shelf vendor portfolio that includes the likes of Microsoft, VMWare, Citrix, Veeam, DocuSign and Redhat. 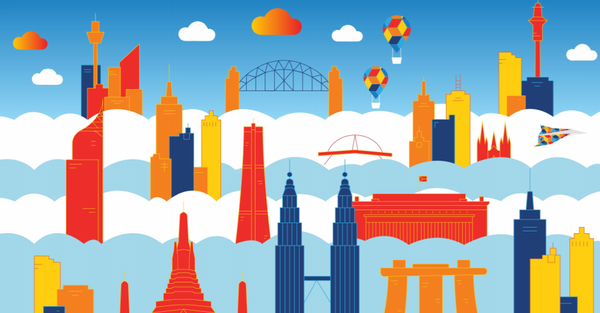 Highlighting the strength of its partnerships and market penetration, in September Rhipe announced that it had sold more than 300,000 Office365 user subscriptions as part of its Microsoft Cloud Solutions Provider (CSP) public cloud program, a figure that is likely to be substantially eclipsed based on the group’s recent update.

Management’s vision is to remove unused software and infrastructure from the shelves of its resellers and customers, claiming that companies should only pay for what they use.

In such an environment, Rhipe’s consumption based subscription platform is at the forefront of driving this change within the Asia-Pacific region.

However, proving itself in the marketplace is one thing; keeping investors happy by generating robust shareholder returns is quite another — which brings us to the company’s fiscal 2018 result and management’s recent trading update, which incorporated upbeat forward-looking statements.

Fiscal 2018 was a watershed year for Rhipe, as it capitalised on the strong financial base that it had built in 2017 and expanded its product offering and market reach.

Importantly, the company expanded its international presence, products and licensing programs, and from a financial perspective, delivered an operating profit of $7.8 million and reported EBITDA of $6.4 million, representing year-on-year increases of 54% and 59% respectively. 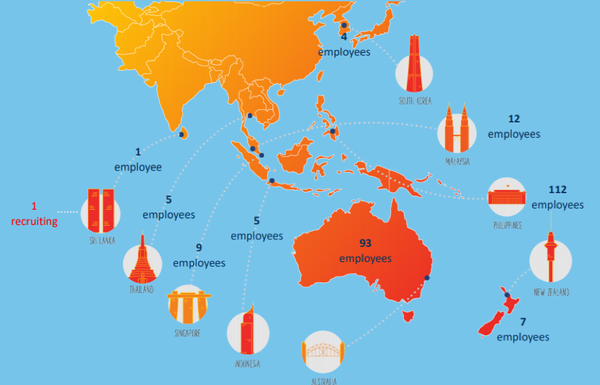 The increase of nearly $3 million in cash was achieved, despite a $2.3 million share buy-back program.

This is still in effect, with the company buying back shares as recently as September at prices up to $1.25 per share. To date, approximately 4.7 million shares have been bought back, and there is approval to buy back up to 12.1 million shares.

As management remains active in executing the buy-back program, it is effectively strengthening the group’s balance sheet, as well as providing earnings per share support due to the reduction in the number of shares on issue.

Tech companies can be capital intensive operations, particularly early in the piece, and Rhipe is no exception.

For example, the company continues to invest in its Platform for Recurring Subscription Management (PRISM), which many partners and vendors use to help build and grow consumption of their cloud licences in Asia-Pacific.

Consequently, for the group to absorb these costs, while executing a substantial share buy-back program, speaks volumes for the financial strength of the business.

On this note, management said: “Revenue growth has been driven by strong momentum in public cloud via the Microsoft CSP program with Rhipe’s partners now consuming more than 260,000 Office365 seats.

Rhipe is also generating robust margins which are in the vicinity of 17%.

2019 guidance may be conservative

Management is confident that this will continue and, on that basis, it declared a final dividend of 1 cent per share.

In addition to the strong profit growth, Rhipe delivered two notable operational achievements in fiscal 2018, as it was during that period that the company was awarded a Microsoft Cloud Solutions Provider (CSP) licence in New Zealand, one of the group’s core markets.

The company was also named Microsoft Australia’s Partner of the Year in fiscal 2018.

“After exceeding FY18 guidance by approximately 11% ($7.8 million versus $7 million guidance) and strong underlying growth fundamentals, we believe this guidance is conservative.”

The latter is an important factor in considering Rhipe as a compelling investment in what can be a highly volatile sector, and indeed one in which companies all too often fail to deliver on expectations.

It is also worth noting that analysts at Morgans were equally impressed with the result, highlighting the strong performance of Microsoft Cloud and the strong start to fiscal 2019, which prompted them to increase earnings per share forecasts for fiscal years 2019 and 2020 by 17% and 14% respectively.

At the November AGM, Rhipe informed the market that its Microsoft CSP 0365 count was up to more than 325,000 as at the end of October, representing an annualised run rate of 75,000.

September revenues from Microsoft CSP and Azure ARR were $10.7 million, representing a continuation of strong growth.

In fact, there was impressive growth across all metrics, as indicated below:

The strong start to fiscal 2019 prompted the board to increase its fiscal 2019 operating profit guidance to a range between $10.5 million and $11.5 million, representing a 15% increase relative to its August guidance, based on the top end of that range.

Bell Potter had already set its forecasts at $10.8 million, but the upgrade prompted the broker to increase its fiscal 2019 operating profit guidance to $11.4 million, while also increasing the 12 month price target from $1.45 to $1.60.

This implies upside of more than 20% to the company’s recent trading range, however as with all broker forecasts, the numbers remain speculative.

Discussing the upgrade, Maclean said: “Despite sitting at the top end of the range, our confidence in management continually under-promising and over-delivering, ongoing tailwinds in the cloud services market and a 35/65 earnings split towards the second half, we believe the updated guidance range still remains conservative.”

Consequently, Rhipe is very much a ‘watch this space’ stock, bearing in mind there could be guidance ahead of the interim result which will be announced in February — or, at the very least, some commentary regarding full-year expectations within the half year result.