These are related to 23 drill holes completed on the Piedmont Lithium Project located within the world-class Carolina Tin-Spodumene Belt in North Carolina.

The high-grade results are from the recently discovered pegmatites on the Central property and Exploration Target areas on the Core property as indicated below. 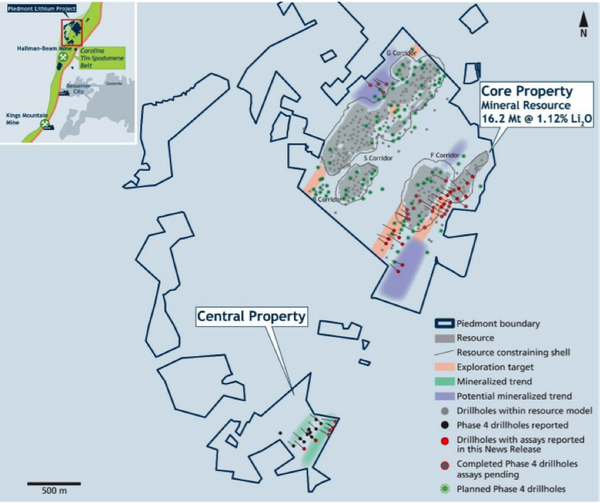 Grades in excess of 1.7% lithium

High-grade mineralization was encountered in all 23 holes drilled.

Positive drill results from the Central property continue, including the thickest high-grade intercept reported on the project to-date, being 43.2 metres at 1.73% lithium.

Management now expects to publish a maiden Mineral Resource estimate for the Central property by April 2019, a significant phase in the project’s development and quite possibly a defining moment for the company’s share price.

Phase 4 drilling continues on the Core property with the principal aim to significantly expand the 13- year project life reported in the company’s Scoping Study announced in September 2018.

Further updates to the project’s existing Mineral Resource of 16.2 million tonnes at 1.12% lithium are expected over the next several months, and these may also provide added share price momentum.

It is worth noting that the company’s shares have increased by nearly 30% from approximately 9 cents at the start of 2019 to yesterday’s closing price of 11.5 cents, representing a three month high.

This rerating has occurred under high-volume trading, including 3.5 million shares on Tuesday last week, the largest daily volume since 2017.

The following chart demonstrates that the company has broken well clear of the 12 month trend line in March. 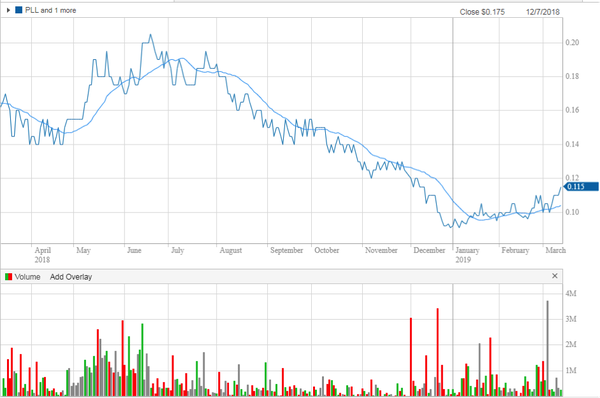 Despite this strength, as the market was about to open a large number of sellers accounting for more than 1 million shares were building at 11.5 cents and 12 cents, perhaps signalling that some profit-taking may occur or a ‘buy the rumour, sell the fact’ scenario could unfold.