Now we are here…in Xanadu

Speculate aims to target stocks that tend to fly under the radar, perhaps due to the fact that they don’t suit the risk averse investor or simply because they are small emerging potentially next big thing stories where the market moving news is yet to break. FinFeed will be looking to uncover such stocks on a weekly basis.

Xanadu Mines Ltd (ASX:XAM) has a highly prospective copper-gold project in an increasingly popular destination for companies seeking this type of mineralisation.

Xanadu’s near term focus is on expanding the resource at its Kharmagtai Copper-Gold Project located in the South Gobi region of Mongolia.

Kharmagtai was acquired from Rio Tinto in early 2014 by the Mongol Metals LLC joint venture in which Xanadu has now earned an 85% interest (for an effective interest of 76.5%) by funding exploration over the past few years.

Following the anticipated near-term resource expansion management will be undertaking a preliminary economic assessment with a view to developing an open pit mine.

Bell Potter analyst, Peter Arden, believes there is the prospect of a major resource upgrade in the December quarter of 2018.

However, the drilling results that will feed into the pending resource upgrade could provide share price momentum leading up to the October-December period.

“Five recent drill holes have shown Zaraa contains nearly one kilometre of continuous copper-gold mineralisation in a down-dip extent that is located less than two kilometres to the south-east of the currently defined Resources.

“We continue to regard Kharmagtai as one of the world’s most attractive undeveloped copper-gold projects and it is favourably located in a mining-friendly jurisdiction.”

Of course Xanadu remains speculative and investors should seek professional financial advice if considering this stock for their portfolio.

However, broker projections and price targets are only estimates and may not be met. Those considering this stock should seek independent financial advice.

The Kharmagtai Project contains gold-rich porphyry copper deposits for which the company released the Maiden JORC 2012 Resource in March 2015.

Infill and resource definition drilling has commenced at the site which should result in an upgraded resource.

In discussing the upcoming drilling program Xanadu’s managing director Dr Andrew Stewart said, “Following the very significant discovery of the fourth porphyry centre at Zaraa, we believe the Kharmagtai project is approaching a near-term development opportunity and it’s now time to take the project to the next stage.

“Our number one objective at Kharmagtai is to fast-track resource drilling designed to significantly upgrade the Mineral Resource estimate and to complete a preliminary economic assessment (PEA) of a very low strip ratio, higher grade open pit ‘starter’ project contained within a larger resource.

“I am confident that Kharmagtai will further improve its status as the premier large-scale undeveloped copper-gold project in Asia”.

The area’s profile has been lifted by the success of the Oyu Tolgoi copper-gold project being undertaken by Rio Tinto (ASX:RIO) and its partners.

The project contains reserves and resources that make it one of the world’s largest known copper and gold deposits.

The following map demonstrates the highly prospective region being targeted by Xanadu with Oyu Tolgoi situated to the south-east. 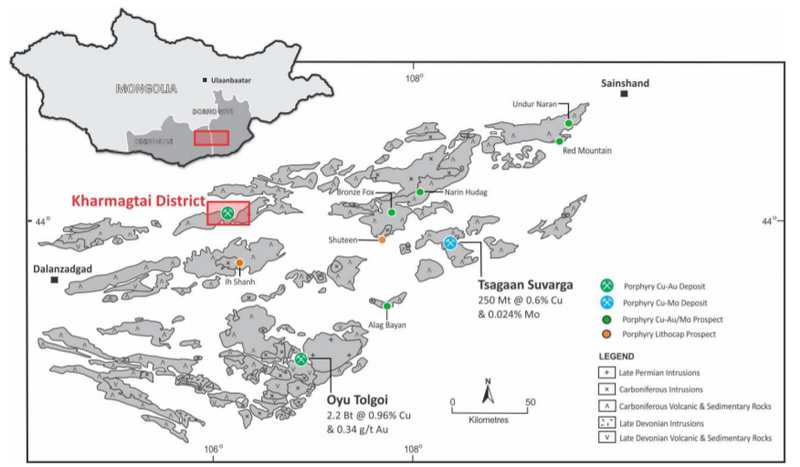 Xanadu’’s share price has been sold down heavily in 2018, and it is now trading well shy of its January levels of circa 30 cents.

However, newsflow has been positive, and it appears that the seemingly exaggerated extent of the decline could be attributed to the downturn in the gold price. 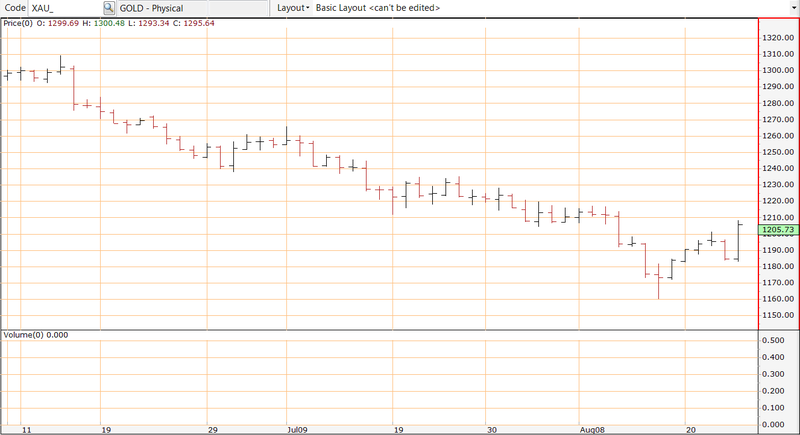 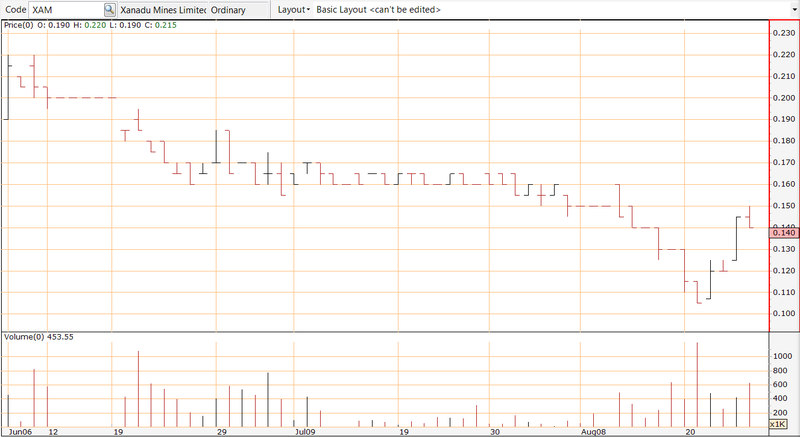 However, I believe the most interesting chart in terms of assessing Xanadu’s long-term merits is the one below where we map the three-year performance of XAM (yellow line) against the S&P/ASX 200 Gold Index (XGD) which shows that it has generally outperformed the index.

This is an outstanding performance from a sub-$100 million market capitalisation stock, and it certainly suggests that the recent volatility is not only uncharacteristic of the stock, but it also defies long-term trends. 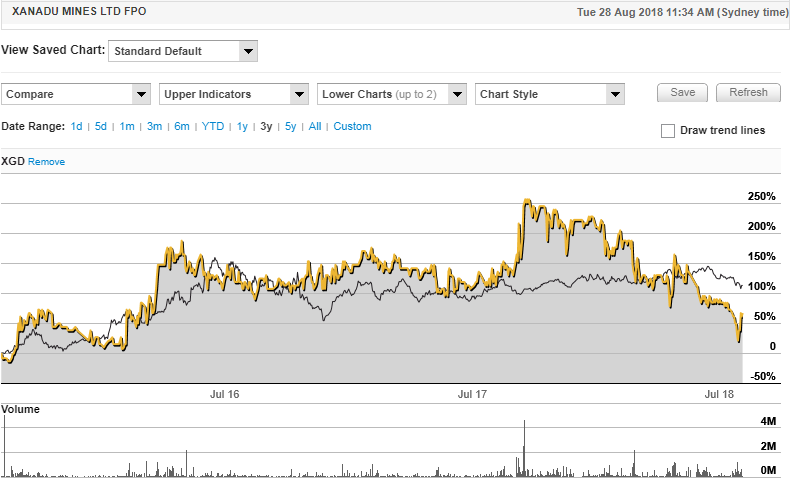 The 50% decline in Xanadu’s share price from 22 cents to 11 cents was out of sync with the 10% decline in the gold price.

It would appear that investors have started to pick up on this disparity in the last week with the company’s shares recovering some of the exaggerated sell-off.

However, there still appears to be plenty of upside required to compensate for the sell-off, particularly given that the gold price has also rallied in the last week, rebounding to circa US$1200 per ounce.

While Xanadu can fairly be labelled a speculative play given its early-stage project status, the involvement of a highly experienced exploration team led by managing director, Dr Andrew Stewart, suggests there is a reasonable amount of well-founded confidence surrounding the project.

His knowledge of both the unique regional styles of mineralisation, as well as the logistics of operating in this area will be invaluable.