Is BCB the next Stanmore or Terracom? 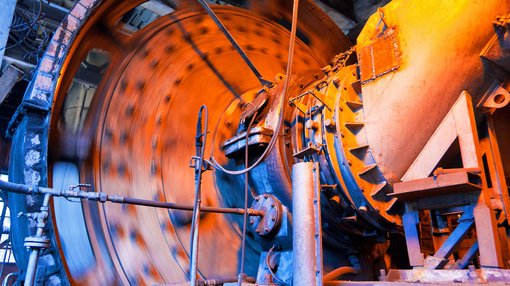 Shares in Bowen Coking Coal Ltd (ASX:BCB) traded as high as 2.1 cents under comparatively high volumes on Monday morning in response to positive news regarding the group’s Stage I concept study at its Isaac River Coal Project.

If nearology counts, this is certainly prime territory as it is located immediately to the east of the BHP Mitsubishi Alliances’ Daunia Mine in the Bowen Basin, Central Queensland.

This area has taken on a new lease of life, proving to be a happy hunting ground, especially for emerging miners such as Stanmore Coal (ASX:SMR) and Terracom Ltd (ASX:TER).

In the last 12 months, Stanmore’s share price has more than doubled and Terracom’s has increased 300%.

Similarly, this development along with other positive recent news emerging from Bowen Coking Coal could be the early stages of a sustained run.

Interestingly, two highly experienced coal executives in Neville Sneddon and Nick Jorss joined the board in mid-December, and that in itself appeared to ignite interest in the stock.

Tip of the iceberg at Isaac River

Bowen Coking Coal has an impressive portfolio of top shelf coking coal assets at various stages of exploration and development.

What lies ahead is an aggressive two-year exploration and development program, and the aforementioned board experience we referred to will be invaluable in terms of shaping the group’s exploration strategy and managing costs.

Looking specifically at yesterday’s news regarding the Isaac River Project, it was predominantly focused on an examination of mine planning, operating cost, capital expenditure and product options.

Such was the positive outcome of the study that it has encouraged management to advance the project into the next phase of project development, supporting additional drilling to obtain fresh coal samples to test the coking properties of all the seams.

The site is drill ready and the planned drilling and exploration activities are likely to be followed by a revised resource estimate, and subsequently the undertaking of Stage 2 of the study.

Consequently, there are catalysts on the horizon as the company releases drill results and the revised resource estimate.

Importantly, this phase of exploration activity will include modelling of the extraction of the lower seams, which are regionally known for their good coking properties.

The resource currently stands at 5.3 million tonnes with stage II expected to both increase the confidence level of the existing resource and potentially provide the business case for project development.

Given management expects to be drilling by the end of March, newsflow isn’t too far away.

The Cooroorah Coking Coal Project is also shaping up as a good news story for 2019 as management looks to upgrade and increase the tonnage of the 154 million tonne resource which is surrounded by high quality producing mines as indicated below (bordered in red). 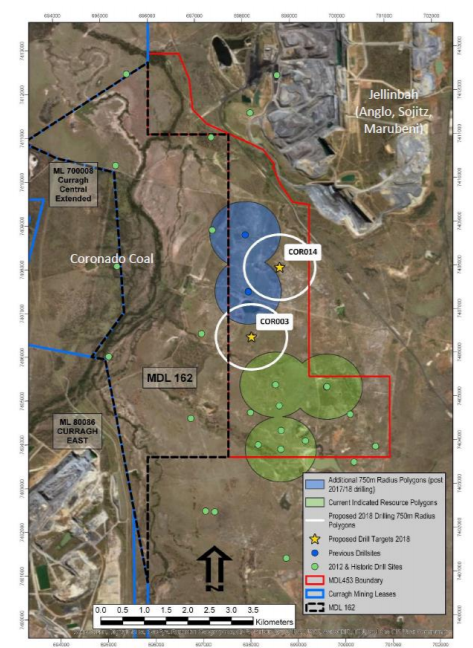 The December quarter drilling program successfully intersected all the target coal seams where expected, confirming the company’s confidence in the geological model and seam continuance predictions.

A key objective of the drilling program was to convert a percentage of Cooroorah’s Inferred JORC Resource for the Mammoth seam into the Indicated Resource category and to confirm the continuance between the two main resource areas in the north and south of the tenement.

Hole COR014 confirmed the extension of the Mammoth seam at a 4.5 metre thickness.

Management said that the seam appeared very clean and devoid of any stone bands, similar to those intersections observed in the 2017/18 exploration program.

COR014 is strategically located towards the east of the tenement (also the deepest part of the Mammoth resource area) to test the seam continuance closer to the interpreted Jellinbah fault.

Initial raw coal quality from COR014 confirmed the continuance of the high-quality coal.

Providing further potential upside was drillhole COR003 (see above, circled in white) which encountered all of the coal seams in line with the predictions from the geological model, adding further confidence in terms of delineating a continuation of the seam between previous exploration in the south (marked in green) and the latest drilling in the north of the tenement.

The high-quality of the Cooroorah coking coal will no doubt play an important role in the project valuation given it should fetch a premium price driven by high demand for coal that is low in ash, sulphur and phosphorus.

The following chart demonstrates how coal from the Cooroorah project stacks up against other internationally traded coking coal. 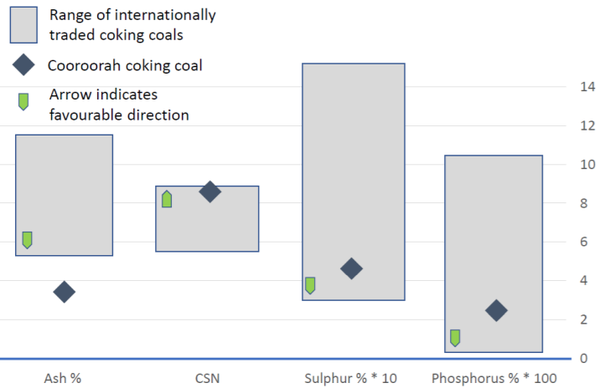