Michael Eidel opens up about moving from the CBA to Openpay

Buy now, pay later services have become an important and growing part of the FinTech landscape, however what sets one proprietor apart from another? In Openpay’s case, it is the different consumer segments the company targets, along with the variety of merchants. Moving forward, the addition of former Commonwealth Bank Executive General Manager Michael Eidel as CEO could also have an impact. Eidel speaks with Justin Ware about what attracted him to the role, the buy now pay later market and what to expect next from this FinTech disruptor.

Justin Ware (JW): Michael, thanks for joining us. You've only been with Openpay for a couple of months, what is it exactly that attracted you to this company?
Michael Eidel (ME): Good question. I've thought a lot about it myself.

I think first of all, what I liked at CBA, where I had been employed before, was being in the payments space. When I decided to leave and think about what I wanted to do next, it would cover some elements of what I did, but would also give me the scope to do so much more than I was ever been able to do it at the CBA, or any large bank for that matter.

JW: What is it about the payments sector that interested you so much?

ME: The sector really only became interesting a few years ago, when payments started to become a more embedded feature of everybody's life and lifestyle. That's been a fantastic change and is supported by consumer expectations as much as it is supported by technology. The two have come together to create value for businesses and for consumers.

So I liked that space and at Openpay, we can drive it in a much more focused way; we can shape the customer experience more than you would ever be able to do in a large bank where you rely on legacy processes and legacy infrastructure.

JW: So, in this type of FinTech business, you have the opportunity to look forward, not backward?
ME: It's a clean slate. I'm predominantly looking ahead at what we can do with this business, rather than spending half my time looking back and remediating.

This is what attracted me to the FinTech space. Interestingly, having been quite far up in the hierarchy at CBA, I still felt I couldn't drive value and delight customers and merchants as I wanted. At Openpay, with the consent of our investors and Board, I can really shape the customer experience, to what it ultimately can be. The opportunities are endless. It can be so much more than buy now pay later. 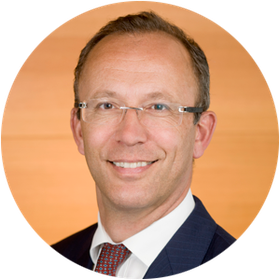 JW: I'm glad you touched on that final point. What is it you think differentiates Openpay from trailblazers such as Afterpay and Zip?

ME: First of all, the other two are listed companies and with that comes a lot of coverage and awareness. Naturally, I acknowledge the great work they have been doing, especially in educating the market, building a brand and penetrating their end of the market where they play significantly well.

If I look at Afterpay, first of all we target different consumer segments and with the consumers we target different merchants. If I look at our segmentation, we have what we call the mass retailer. Bunnings is an example and we have a lot of fashion players. Then we have three industry verticals: automotive, home improvement and health.

JW: What is the target audience here?
ME: Strategically our target audience is people over the age of 25 who want to facilitate lifestyle purchases or make purchases to facilitate the lifestyles of friends and family; who gift; who travel; who are mobile; who want to enjoy their lives but are responsible purchasers and use us more as a tool to manage their budget and to smooth their cashflow. It is an alternative to getting cheap funding.

Our approach to our consumers and their merchants is different and we want to capture the broader needs of our target audience, rather than be one of five companies consumers hop to.

JW: So your positioning is different?
ME: Yes and there are implications because of that. We ensure that our merchants have a significantly lower than average return rate. When we approach a merchant, we want to understand the typical return rate of their products. That way when purchasing through Openpay, we can lower the return rate percentage, say from 10% return of goods to 5%.

For instance if someone orders five garments of clothing, they might send four back straight away, then wear the fifth one for the night. After the night out and some Instagram posting, they’ll send the fifth one back and create a problem for the merchant. That's explicitly not us. Our return rates for the merchant are significantly lower. Also, our percentage of overall revenue from late payment fees is much lower than our competitors because we give the consumer the opportunity to call us and extend a payment if necessary. Afterpay can't do that, we do it.

JW: Touching on merchants, how many do you have on your books now?

ME: We started with Nike very early, to give you one great name in fashion. We recently signed a contract with Bupa in health on dental and audiology, and there is more to come with them as well. We also have some significant deals with car dealerships including group dealers and individual dealers. So we have quite a number of large brands.

Admittedly, there is a lower representation in what I would call retail. Where Afterpay is strong in that area, we have been more focused on our verticals. However, we also have the contractual arrangements with merchants for buy now, pay later and I think we are in a very strong position to further commercialise on the existing relationships.

JW: So what is the next step, what needs to be improved?

ME: I think where we haven't done well yet is to integrate into our merchants’ stores. For instance, finding us at the point of sale either online or in store can be improved.

Another step is to make the Openpay journey visible on a merchant’s landing page and within the product category, so when the consumer checks out and has to pay, the option is clear.

JW: Another initiative is to move into the business-to-business space.
ME: This is what we are extending out into. To think about how we can help businesses work with each other using a platform based value proposition that helps manage their cash flow.

This is an area where we've had a lot of requests: how, on the back of our very powerful and flexible platform, can we help businesses to manage the clunky processes that are difficult to restructure and re-architect.

JW: How far along are you in developing that? Are you close to a soft commercial launch?
ME: No, we are beyond scoping out the opportunity, we are in progressed development.

JW: Openpay was looking to list around two years ago, but they opted against it. I just wanted to get your perspective on whether there’s any IPO aspiration down the road. Is that something you've considered?

ME: I can't comment on the past, but what I have found is there is a massive opportunity in Australia and globally to scale our business significantly. We will use whatever funding source is suitable for us. We are currently going through the process of a convertible note, which we'll close off and I have been traveling quite a bit domestically and internationally to bring private investors on board.

At the moment we have great funding, so from that perspective we are in a good spot to grow our business and scale and then see how things evolve.

JW: Michael, thank you for your time it has been a pleasure.