The Chinese market: “You need to go in with your eyes open.”

By Megan Graham. Published at Nov 6, 2017, in Question and Answer 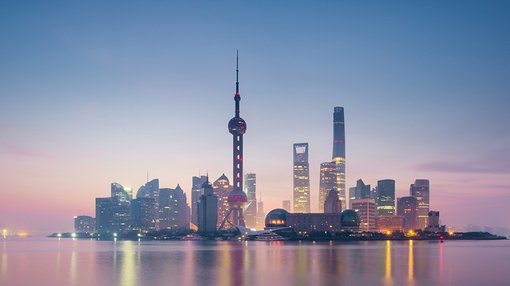 Annette Sharp is co-founder and CEO of China Digital — a digital marketing agency with a goal to demystify the Chinese market and enable clients to connect with Chinese costumers. With skills and expertise in multicultural marketing, research and social media, Annette draws on her extensive experience in how best to effectively reach Chinese tourists, business investors and students.

Finfeed Editor Megan Graham recently tracked Annette down to learn about how to market to Chinese customers, and find out some of the common mistakes companies make when trying to reach the mega market.

Megan: What does China Digital marketing agency do?

Annette: We market to people in China as well as to Chinese visitors to Australia. Our clients are mostly in tourism, but we also have some in real estate, and a few clients recently in education. Essentially, anyone who wants to export to China — we’re not about facilitating the ecommerce part but connecting with the Chinese consumers to promote the product.

We started off doing research for clients, and that’s still one of the core parts of the business. What’s interesting to our clients is that the Chinese are talking about them, and the clients have no idea it’s even happening or what is being said about them. That’s really the starting point for us — providing insights.

The Chinese market is driving the growth of the Australia tourism industry, although somewhat less so in the last 12 months. But it is about to take over New Zealand as the biggest international market in terms of numbers; in terms of spend, the Chinese dwarf everybody else.

MG: Can you give me an example of an obvious flaw in strategy when seeking Chinese customers?

AS: One general issue is that businesses want to promote to the Chinese market yet they aren’t prepared to provide or structure their business for the market. So when the Chinese turn up, there’s no services for them; nothing in language, no familiar payment options, nothing late at night (Chinese people like late night activities). Shops in China are open until 10pm.

Everyone in China pays for everything on their phone through WeChat Pay or Alipay. Chinese people don’t necessarily carry visa cards — generally their preferred method of payment is mobile payment, or China UnionPay. So an EFTPOS machine that will accept UnionPay... that is a simple step that can make a big difference to their experience.

If you don’t do simple things like accept their money, then don’t get mad that they don’t come spend in your establishment!

MG: There’s a common idea that low pricing and discounted pricing are the most important focus for Chinese customers. Is this true or a stereotype?

AS: Chinese people are used to being able to get a discount and bargain for things. It’s a way of life for them, and a badge of honour that you would get a discount on something. If you pay full price, the perspective of your peers and family might be that you have paid too much. And other people’s perception of you is very important in China.

So, they will always ask for a discount — it doesn’t mean they won’t buy without one. They’re just looking for the best option for their dollar. Don’t forget, their average income generally is much lower than ours in Australia. To come to Australia and travel or study the way that they do, it’s a really big impost on them financially.

They will spend their money, it’s just that they are wise about how they spend it. They’re the highest tourism spenders in Australia by a mile — Tourism Australia project they’ll spend $13 billion annually by 2020.

MG: Let’s talk about WeChat for a moment. It is China’s own social media platform, and it has huge implications for companies attempting to market to Chinese people, doesn’t it?

The biggest thing is the e-commerce platform, WeChat Wallet. The Chinese users pay for everything using this. At the shop to buy something small, or at a restaurant to pay for their portion of dinner, or to hail a Didi – the Chinese version of Uber, or book movie tickets or a doctor’s appointment... WeChat have included development functions where people can build apps in very easily. It’s become a lifestyle platform.

For example, the restaurant brings over a bill, it has a QR code on it that allows then to split the bill easily. The WeChat user scans the code, transfers money from the WeChat wallet onto the bill. It works, and eating out is so common in China, a) because it’s so cheap and b) because their houses and kitchens are so small.

We help clients set up WeChat accounts. But the Chinese government is very protective of information flow, and are constantly changing legislation. This is a risk you take entering the Chinese market. You might set up a platform, then the government might change the rules to exclude access for that platform. For example, companies that used Instagram as their platform in China... during the Hong Kong riots, Instagram was essentially turned off by the government.

The Chinese market is tricky. If you’re going into it, you need to do so with your eyes open and understand the risks.

MG: What do you see as the biggest opportunity for China Digital in the future?

There’s a lot of people doing Chinese digital advertising but understanding and getting the insights is the key missing link. We’re a western company that brings a Chinese perspective. We’re a bit of a bridge between the two.

MG: Research is important, as is data collection. Those controlling Big Data, such as the Amazons of the world, are dominating...

AS: Yes. People think that Frequent Flyer programs are such an amazing thing because it gives them $10 off... but really? The value for that company based on the data they collect is ten times what they give back in rewards.

We’ve just spawned a consortium with Monash University in Melbourne and Edith Cowan University in WA to do a project for Austrade. I really like bringing industry practice to academia, that’s a fruitful thing for both sides. That’s what’s needed in this market.

Everyone looking to go into China may look at how well the vitamin industry or the milk industry or luxury goods are doing — perhaps not realising these companies invest so much money in China. I have people come to me saying I want to spend $10,000 on a website... well, we can build it, but you can’t maintain or market a website into a country of 1.4 billion people for $10,000.

Marketing to Chinese people is one thing, but to actually understand what you should be saying or doing and how to position the product, and ascertain the potential for your product — there’s a lot more involved than just saying, ‘Let’s go into China’.

MG: Thanks for your time, Annette.