Will a second wave of Covid-19 send stock markets into a spin? 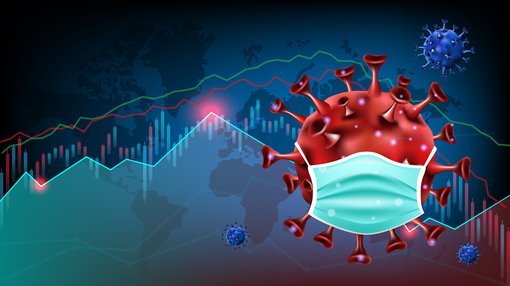 The sharp downturn in the ASX could be the start of a much steeper decline if a lead is taken from the US, particularly regarding the potential for a second wave of COVID-19.

There was a sharp downturn in the US market last night, and with Australian stocks rallying last week as getting back to business became a reality, any sign of a second wave in Australia could have a devastating impact on our market.

Of further concern this week is the release of unemployment data on Thursday.

Even though a substantial increase is expected, the alarming numbers could place downward pressure on our market.

Add China trade wars into the mix, a factor that is being exacerbated by the US’s stance and you have a perfect storm.

As a measure of the tension that is building, the CBOE Volatility Index spiked 20% last night to 33 points, its largest one-day gain since mid-April.

Our market already has some ground to make up after the S&P/ASX 200 index fell 58 points or more than 1% to 5403 points yesterday.

This is reflected in the ASX SPI200 futures index which is down 68 points to 5320 points.

In the US, even the NASDAQ’s six day stampede came to a halt as warnings from authorities suggested a return to business would be dangerous and quite likely lead to a second wave, the signs of which have disturbingly started to emerge in Wuhan, China.

The index slumped 2% or 190 points to close at 9002 points, giving up about half of the gains that were made over the last five trading days.

The UK was the only bright spot as it rallied nearly 1% or 55 points to close at 5994 points after breaking through the 6000 point mark earlier in the day.

However, the positive sentiment didn’t rub off on mainland European markets with the DAX closing relatively flat at 10,819 points and the CAC 40 shedding 18 points or 0.4% to close at 4472 points.

All eyes will be on Asian markets today as they will probably provide a guide as to what can be expected in Australia.

The Shanghai Composite only came off slightly, closing at 2891 points.

While there was little movement in the gold price overnight, it could come back into the picture today given global volatility.

It is currently sitting just above the US$1700 per ounce mark.

There was weakness in the oil price late in the session with the Brent Crude Oil Continuous Contract falling nearly 2% to close at US$29.47 per barrel.

The Australian dollar was relatively unmoved, fetching just shy of US$0.65.