Will late session sell-off in US markets end the ASX’s rebound? 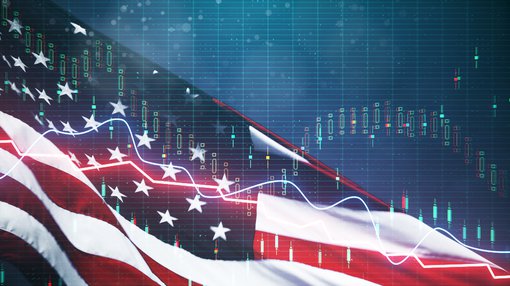 In a welcome relief after last Friday’s rout, the ASX has strung together two very positive days with the S&P/ASX 200 (XJO) gaining 87 points on Tuesday to close up 1.6% at 5407 points.

This came on the back of Monday’s gain of 74 points, but still leaves the index well shy of the 5522 points that was struck last week which represented a seven-week high.

There was a welcome bounce in energy stocks as Origin Energy (ASX:ORG) and Santos (ASX:STO) each gained more than 5%.

As expected, the RBA maintained the official cash rate at 0.25%, but there was also an air of confidence about Governor Philip Lowe’s statement.

He noted that financial markets were working more effectively than a month ago.

In terms of support, the RBA is bolstering short-term bank funding to the tune of $8.8 billion to ease the stress in global credit markets.

Though overseas markets were generally positive, the SPI200 Futures is down 12 points to 5404 points.

Aside from Japan, Asian markets were in sync with Australia yesterday.

Solid gains in the UK were accompanied by a substantial rebound in mainland European markets.

In the US, the Dow’s performance was similar to the prior day in that it looked poised to register a very solid gain, mirroring European markets, but a fall of more than 200 points in the last hour of trading wiped a significant proportion of gains made earlier in the day.

But similar to the Dow, the NASDAQ shed 100 points in the last hour, and it is this negative finish to the session which perhaps accounts for the SPI200 pointing to weakness in our markets.

Oil was the star performer on the commodities front with Brent surging approximately 14% to US$31.85 per barrel.

The American Petroleum Institute reported late Tuesday that US crude supplies rose by 8.4 million barrels for the week ended May 1.

Gold consolidated its position above US$1700 per ounce, closing at US$1714 per ounce.

Base metals generally gained ground with zinc being one of the better performers as it closed at US$0.86 per pound, a significant increase from its March low of approximately US$0.82 per pound which represented a four-year low.

The Australian dollar strengthened after yesterday’s RBA’s statement, but it lost some of those gains as US markets unravelled and it is now just above US$0.64.

The CBOE Volatility Index continued to fall, slipping below the 32 point mark overnight.

However, the late session volatility was reflected in its performance as it rebounded to 33.6 points in the last two hours of trading.

Investors will be closely monitoring retail sales data released today in order to determine sub-sectors to steer clear of and pockets of value that may have emerged due to the consumer discretionary sector being comprehensively sold down.