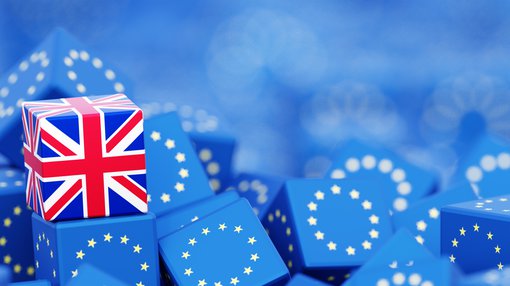 No doubt you are probably sick and tired of hearing about Brexit and the US China trade war. Both of these world economic issues have been dominating the news all year with question marks about whether they will actually be settled. But the good news is that in 2020 we are likely to see a resolution on both fronts.

So will this affect the Australian stock market?

I don’t believe it will given that the world is expecting the UK to leave the European Union, so there will be no surprises if they do and if they don’t, then everything stays the same.

The more important issue for Australia is the US China trade deal being finalised.

Right now the US are in a more powerful position given that their economy has improved over the past 12 months. Unemployment is at its lowest levels since the 1960s, wages are up 3 per cent on last year and retail is picking up, as is manufacturing. That said, while both the US and China are experiencing economic growth, these economies are being held back while the deal remains unfinished.

Therefore, Trump needs to do a deal with China, particularly given that the US is moving into election year in 2020, so he will be motivated to get things happening. And once a deal is done we will see an increase in trade between the two countries, which will effectively cut the anchor that has been holding these economies back. It will also have a positive flow on effect to the Australian stock market.

So what were the best and worst performing sectors in the Australian market this week?

The market has been split in two as seven of the sectors are currently in the red while three are in the green although six of those in the red are only slightly down. Materials is up strongly rising 2.3 per cent, while Utilities is up around 2 per cent and Energy is up over 1 per cent so far this week.

The worst performing sectors include Information Technology, which is down nearly 3 per cent while Consumer Staples and Healthcare are both currently down around 0.6 per cent for the week.

The best performing stocks in the ASX top 100 this week include South 32 up over 10 per cent, followed by Fortescue up over 6 per cent with Virgin Money and Northern Star up over 4 per cent.

At the other end of the scale, technology stock Xero was down over 4 per cent with Bank of Queensland and Bluescope Steel not far behind.

So what can we expect in the Australian share market?

Once again, the Australian Ordinaries Index is searching for direction, as the market plays a waiting game. Over the past 12 weeks, the market has either opened or closed between 6,800 points and 6,850 points on 13 occasions, and in between the market has traded to a new all time high of 6,996 points and fell to a low of 6,594 points.

Last week I indicated that the market is searching for a direction given what has unfolded over the past 5 months or so, and this week remains the same. So, once again, I feel like a broken record when I state that the market is bullish and the All Ordinaries Index will rise up into January.

I now expect that the market will rise from next week into January and beyond, and as I mentioned last week, we can expect the next peak to occur in February or March above 7,200 points before falling into the next low.

Dale Gillham is Chief Analyst at Wealth Within and international bestselling author of How to Beat the Managed Funds by 20%. He is also the author of Accelerate Your Wealth—It’s Your Money, Your Choice, which is available in bookstores and online at www.wealthwithin.com.au

Is silver the next GameStop? UK vaccinations and a silver frenzy drive markets Support is needed to bridge the wealth divide Further gains to come after Biden inauguration