Will the All Ordinaries Index rise up into January? 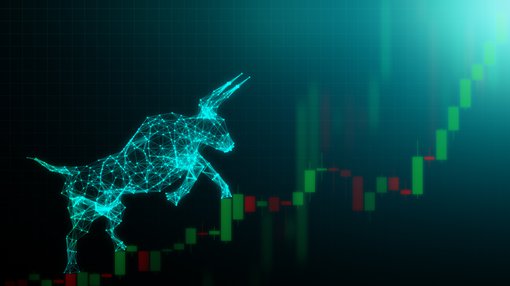 The common mantra in the share market for those looking to profit is to buy low and sell high.

While intellectually this seems reasonable, it is not as easy as many would have you believe. On a weekly basis I am asked whether a particular stock is cheap enough to buy right now. However, buying low and selling high has nothing to do with whether a stock is cheap.

If we look at the history of Telstra, many people bought into this stock as it fell away for more than 10 years; over 70 per cent did so because they believed it was cheap only for it to continue to fall and become cheaper. AMP has been getting cheaper every year for the past 20 years and like Telstra, investors have continued to buy the stock in the hope of grabbing a bargain.

Buying low, however, is not about finding stocks that are still falling in value, rather it is about finding undervalued stocks that have stopped falling and are starting to rise. Take a moment to ponder on what I have just said, as it is this distinction that is one of the deciding factors between a profitable and unprofitable investor.

So, where can you find value?

In short, regardless of whether the market is rising or falling, there will always be opportunities to purchase shares, although you do need to be patient. Looking at the top 100 shares on the Australian market this calendar year, around 20 per cent have fallen despite the All Ordinaries Index being bullish this year. That said, some of these stocks will do very well in 2020 if you do a little bit of homework.

For example, Telstra fell into a low of $2.60 in June 2018 and has since risen over 40 per cent in the past 18 months, and 29 per cent this calendar year excluding dividends.

Right now a number of companies in the top 100 stocks have fallen this calendar year including South 32, Link, Incitec Pivot, Computershare, Scentre Group and AGL among others. And there is potential that these stocks may become the best performers in 2020.

So now is the time to do your research, put some rules in place and wait for the stocks to stop falling and start rising, so you can buy them when the opportunity arises. By doing this you will be less tempted to buy cheap stocks and instead be focused on buying undervalued ones that are low in price.

So what were the best and worst performing sectors in the Australian market this week?

The best performing stocks in the ASX top 100 this week include Forteque and Northern Star, which are both currently up over 2 per cent, while Bluescope Steel and Aristocrat are both currently up around 0.5 per cent. At the other end of the scale, Whitehaven Coal is down over 14 per cent, Treasury Wines is down over 7 per cent and Spark Infrastructure is down around 6 per cent as is SEEK and Pendal Group.

So what can we expect on the Australian share market?

While the All Ordinaries Index has achieved 19 per cent growth this year, it has only risen 1.4 per cent since 1 July. Since then it has really only swung 6 to 8 per cent up and down in price, and in the process achieved two new all-time highs. While some are speculating that the market is overheated, I would argue that it is simply searching for direction given what has unfolded over the past 5 months or so.

As I mentioned last week, I was still prepared for the Australian market to fall given that it showed weakness during the week, and as we all know now, the market did fall leaving many investors concerned after the 2 per cent fall on Monday. However, it is important to keep these falls in context, given that we have seen the market fall on four separate days by 2 per cent since the start of August this year, which means it’s not an uncommon occurrence.

So is the market really bullish and will the All Ordinaries Index rise up into January? In my opinion, the answer is yes on both fronts.

This week the market has pulled back for a couple of days as expected, and while we may see some more downside next week, I am now more confident than ever that the market will continue to rise to its next peak above 7,200 points in February or March 2020 before falling into the next low.

Dale Gillham is Chief Analyst at Wealth Within and international bestselling author of How to Beat the Managed Funds by 20%. He is also the author of Accelerate Your Wealth—It’s Your Money, Your Choice, which is available in bookstores and online at www.wealthwithin.com.au