What does the latest rate cut mean for the stock market? 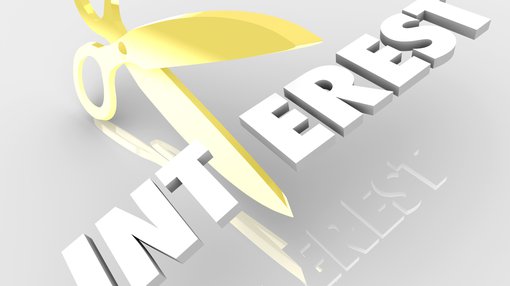 The RBA announced another interest rate cut this week, which appears to be a Hail Mary attempt to stimulate the economy. Successive interest rate cuts within months of each other in an already very low interest rate environment is, in my opinion, like trying to do something in the hope it might work.

As we know, rate cuts are designed to stimulate the economy and increase growth via investment, as it is cheaper for both consumers and businesses to borrow. However, when rates are already low and things aren't moving, you have to ask whether interest rates are really the issue or is it something else.

Maybe it’s the fact we have had a new Prime Minister every 18 months with a new direction and new policies that has caused the issue. Business and consumers have lost confidence and they are making short term decisions rather than risking getting caught in the shifting sands of Australian politics.

That said, I am not saying that a drop in the RBA rate is not good for our economy, as all rates cuts can be good and bad for Australian companies, as it effects our currency. Companies who export and deal in US dollars, such as the banks, biotechs, miners and other material companies will benefit from the rate cut. Those importing goods and services, however, will find it harder, as it becomes more expensive to do business abroad. Furthermore, a lower interest rate is likely to affect manufacturers and consumer stocks.

America is a good example of what very low interest rates can do to an economy, particularly as the momentum of the US economy was slow to take off. Right now I don’t think lower interest rates will do much, instead we need a stable government with a solid direction that we can trust will do more.

In short, we need a change of attitude not a change in interest rates.

The banks pulled back following their strong rise over the past couple of months with the Financials sector flat. CBA was hit hardest down around 1.5 per cent followed by Westpac and ANZ who were slightly in the red.

The decline in the financials sector is likely due to a slowing in their momentum given the banks have risen consistently since the start of the year. There was not a lot of support for the selloff, so it is likely investors were just locking in profits with concerns about the future implications of more rate cuts effecting the banks' bottom line.

The best sectors were Utilities up over 4 per cent and Information Technology not far behind. These two sectors along with Consumer Staples and Healthcare will provide the best opportunities that will see the market move up in the next month or so.

The best performing stocks in the ASX top 100 were CYBG up over 9 per cent with Nine Entertainment up over 7 per cent. Again, there were a few property stocks in the best performers this week, however, I am not sure whether the rise in this sector is sustainable long term.

So what do we expect in the market?
The All Ordinaries Index is now making its move to break the all-time high set around 140 months or 4,261 days ago. I expect the Australian market to move up over the next few weeks into August with my target around 7200 points before making a new high and falling into its yearly low in September or October. Medium to longer term, I believe our market is bullish, and if we can get the economy moving this will support the rise.

For now, investors should be sitting tight and waiting for the right opportunities to arise, rather than getting out of the market as some have started doing.