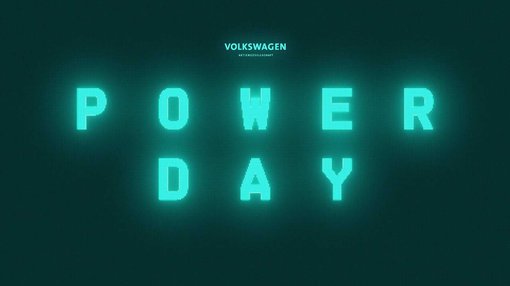 Volkswagen Group (VW) is usually a s steady performer on the sharemarket, but a combination of factors yesterday saw its shares rise to a record 13-year high.

The impact of Power day, certainly had a big effect for the world's largest automaker.

VW manufactures over 10 million cars per year and now has its sights set on electric vehicle dominance. Although sales revenue of €222.9 billion, was a decline of 12 per cent, this can mainly be attributed to falling volumes as a result of the global pandemic.

It is its EV focus, however that is all the buzz.

"Over the past year, Volkswagen has positioned itself as a threat to Elon Musk’s Tesla in the battle for EV market domination, launching a high number of Volkswagen EV models such as the ID3," says eToro analyst Josh Gilbert.

"As the largest selling car manufacturer in Europe, Volkswagen has nearly tripled its deliveries of EVs last year to over 212,000. In this recent report (Power Day), Volkswagen has laid out ambitious plans to deliver 1 million EVs this current year, investing more than €46 billion in EVs over the next 5 years."

"This week, Volkswagen’s “Power Day” only added more fuel to the stock’s success, rising more than 7 per cent," Gilbert said.

"During the event, Volkswagen unveiled its roadmap to longer-range EVs, cheaper batteries, and better charging. The event was a hit with investors as it provided a glimpse of what can be expected from the company moving forward.

"Tesla will continue to dominate the EV sector over the short period, but will Volkswagen speed through as Tesla’s biggest rival?"

CEO Dr Herbert Diess has set VW on a €25 billion electrification program. So the rise in share price and market cap will be welcome as it looks to cover costs.

VW is on the attack in this market.

“Walking the Tesla line and creating a vortex attracting retail investors and watch the institutional investors jump on board for the ride and vice versa in an upward spiral similar to Tesla.

“Even the move to social media to create some of that vortex is right out of the Tesla notebook.

“The difference is VW already has the scale in place required to leverage a profitable migration across to EVs almost from the off, or at least a lot sooner than perhaps earlier anticipated."

The VW Group is larger than you may think:

The key takeaways from Power Day include:

This could be game changing for potential resources suppliers surrounding VW.

For instance, there are some significant implications for Euro Manganese (ASX: EMN) and its Chvaletice Manganese Project.

VW will use high-manganese cathodes for the majority of its electric vehicles going forward, citing their lower cost and comparable range compared with today’s state-of-the-art technology.

VW plans to increase battery production in Europe scaling to 240 GWH by 2030. The majority of those will be high manganese.

The factories will also use 200,000 tonnes of lithium per year, which would suit the likes of Vulcan Energy (ASX: VUL).

Vulcan has developed the world’s first and only Zero Carbon lithium process and plans to produce battery-grade lithium hydroxide from geothermal brines pumped from wells with a renewable geothermal energy by-product in Germany.

VW's Power Day upped the ante on the shift to electric vehicles and could well speed up the uptake.

Power Day is a challenge to Tesla, from the world's leading car manufacturer. However, to catch its $650BN market cap, a real change in culture is required.

VW's new generation of electric cars, anchored by the ID4 crossover, is going global this year.

Will it be the start of a war to determine who gains global EV dominance?

Why ETFs in ESG should do well long term How close is the bubble to bursting? Australian stock market still the best performing in the world Nio and Zoom's earnings tell vastly different tales