US markets frolic in the face of COVID, futures point to a tough start

With the ASX SPI200 futures index down 40 points to 6004 points, our market could be facing significant back to back declines.

Friday marked the end of a fairly lop-sided week where the IT sector dominated the gains as it put on 3.5% while utilities and energy stocks were down 4.8% and 3.4% respectively.

While the S&P/ASX 200 Consumer Discretionary sector finished close to par across the week, this represented a consolidation of an outstanding reporting season in which the index (XDJ) soared more than 10% from 2500 points to 2765 points before closing at 2721 points on Friday.

There are signs that our retailers are adapting better to differing trading conditions, and it would appear that we could see some come out the other side of coronavirus with a much improved digital marketing strategy and upgraded online sales platforms.

Overseas markets finished the week strongly, and on the commodities front gold had a strong run on Thursday/Friday, suggesting some of our companies in that sector may come back into favour after a round of recent profit-taking.

With the exception of Japan, markets in the Asia-Pacific region generally performed well with the Shanghai Composite leading the way as it gained 1.6% or 53 points to close at 3403 points.

While most European markets finished in negative territory, the losses weren’t critical with the FTSE 100 being the worst casualty as it fell 0.6% to 5963 points.

In the US, it was once again the S&P 500 and the NASDAQ that starred.

The S&P 500 gained 0.7% or 23 points to make another record close of 3508 points, representing a gain of 500 points in two months, an incredible feat at a time when the country is in a state of disarray.

The Dow hasn’t quite hit the rarefied air experienced by the NASDAQ and the S&P 500, but Friday’s close of 28,653 points isn’t far off pre-coronavirus levels.

To put things in perspective, the Dow Jones last traded around this level of February 21, a day on which the US recorded one new COVID-19 case.

One week later, it was once again only one new case, but one month later the number of cases was approaching 20,000 per day.

The US still recorded approximately 50,000 new cases on Saturday, placing a huge question mark over the credibility of this rally. 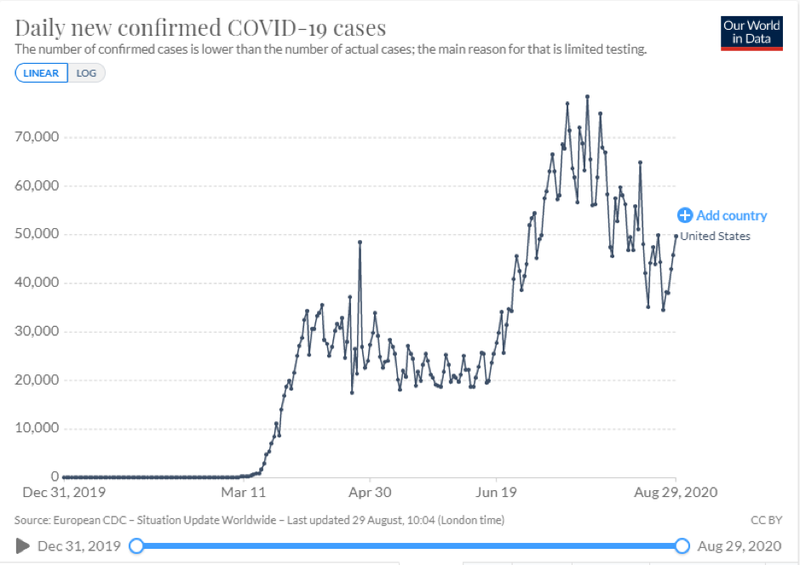 Gold and base metals gain ground

Perhaps gold’s performance last week was some recognition that all is not right with the precious metal recovering from about US$1910 per ounce on Wednesday to touch US$1980 per ounce on Friday.

Oil recovered some of its mid-week losses to finish at approximately US$46 per barrel, up about 4% on a week-on-week basis.

There were some strong moves on the base metals front with copper appearing to have consolidated its position at US$3.00 per pound as it put on another 1% on Friday.

Nickel also finished the week strongly, hitting US$6.92 per pound, leaving it only about 1% shy of the US$7.00 per pound mark.

Zinc rallied 3% during the week to finish at US$1.13 per pound, positioning it to press up towards US$1.20 per pound which would equate to a 12 month high.

Lead trailed off towards the end of the week to finish at US$0.89 per pound.

The Australian dollar has strengthened strongly in the last week, increasing nearly 3% from US$0.716 to US$0.736.

China manufacturing PMI numbers come out earlier in the week, and these can often impact base metal prices, as well as hard rock metals such as iron ore and coal.

There is a substantial amount of macroeconomic data due to be released this week with residential approvals, net exports, GDP and that RBA policy decision likely to impact the direction of the ASX.

The US will also be releasing its share of important data, headlined by manufacturing PMI for August, employment numbers and most importantly the Fed Beige Book, a reliable indicator of monetary policy decisions.