US markets up despite debate debacle, iron ore surges, futures up 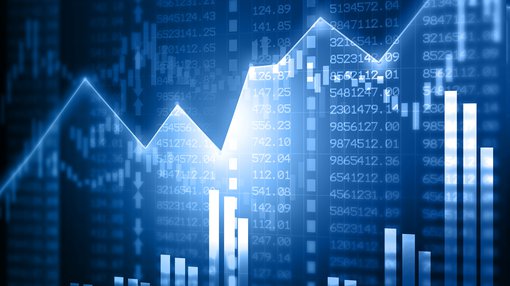 Australian share market investors have had a rollercoaster ride in the three months to September 30, 2020, and the quarter finished in similar fashion as the S&P/ASX 200 index (JOA) plunged 136 points or 2.3% to close at 5816 points.

However, there have been some strong days during the September quarter as well, and to put yesterday’s decline into perspective, the index is only down 1.4% or 82 points on a quarter-on-quarter basis.

Index heavyweights such as CSL, Rio Tinto and BHP weighed heavily on the market and the S&P/ASX 200 Financials Index (XFJ) fell more than 100 points or 2.2%.

However, a strong lead from the US overnight could see a rebound today, and the ASX SPI200 futures index is pointing in that direction, up 11 points to 5813 points.

While the presidential debate was full of fire and brimstone, few market commentators saw it as influential in terms of impacting equities markets, and it certainly didn’t show either candidate up in a good light, resembling more of a schoolyard spat than an informed appeal to constituents.

Trump was true to himself with his vitriolic diatribe giving Biden little opportunity to get a word in.

On and off COVID relief bill creates up-and-down market

Overnight trading got off to a slow start with European markets finishing in the red.

US markets defied this negative sentiment, albeit opening a little on the soft side.

However, a mid-session surge saw the Dow up more than 550 points as Treasury commentary pointed to a possible relief bill.

While these comments were brought into question later in the day, positive data emerged in afternoon trading indicating a significant spike in pending home sales, and this was enough to bring the Dow home with a gain of 329 points, up 1.2%.

Uncharacteristically, the NASDAQ played second fiddle to the other indices, only gaining 0.7% or 82 points as it finished at 11,167 points.

Iron ore leads the way on the metals front

The big mover in the commodities space was iron ore as it surged 5% to US$123 per tonne, reclaiming a significant proportion of the declines that have been experienced in late September.

It is worth noting that iron ore was trading just shy of US$100 per tonne at the end of the June quarter, indicating its current level implies a quarter-on-quarter gain of nearly 25%.

By comparison, gold is up about 8% on a quarter-on-quarter basis.