Rat's Rant: What's hot, what's not and... the Bali anniversary

The 2005 Bali bombings were a series of terrorist attacks across two sites in Jimbaran Bay and in Kuta - 30km away from each other, both in south Bali. The terrorist attack claimed the lives of 20 people and injured more than 100 others.

Thankfully I had a flight booked out that night at 9pm. When I arrived home the next morning in Sydney, there were news camera's everywhere.

It was my first speaking role on the national news and boy did I speak eloquently.

Sadly it was on channel 7 news on Grand Final night, so the only people that saw me were women who didn't like Rugby League (few of them) and weird blokes that didn't like sport (not many of them) and a few punters from Melbourne and Perth too I guess.

Mum calls me The Rat with nine lives...

Actinogen closed up 466% to finish at 5.1c on $15.8 million stock traded. The company announced results from the XanaHES (Xanamem in Healthy Elderly Subjects) trial. The results demonstrate a significant improvement in cognition in trial participants dosed with Xanamem 20mg daily for 12 weeks, compared to placebo.

This is the first time Xanamem has shown such a clear, statistically significant cognitive improvement in humans.

The last sentence of the announcement before CEO Bill Ketelby's quote is the key in my opinion.

Enhancement of cognition in the XanaHES trial supports Xanamem’s potential for the treatment of Alzheimer’s disease and other conditions associated with cognitive impairment, including mood disorders like bipolar disorder, and schizophrenia.

You can read the full announcement here: Cognitive improvement demonstrated with Xanamem

I do know Dr Bill well and I know he's been working on this for a long time; he's always been a true believer and sure enough it looks like one of his dreams has come true.

Actinogen Medical is focused on innovative approaches to treating cognitive decline that occurs in chronic neurological and metabolic diseases. Actinogen is developing its lead compound Xanamem, as a promising new therapy for Alzheimer’s disease, a condition with multibillion-dollar market potential and material human impact.

In the US alone, the cost of managing Alzheimer’s disease is estimated to be US$250 billion and is projected to increase to US$2 trillion by 2050, outstripping the treatment costs of all other diseases, so it's a real killer with a massive market.

Well done to Bill and his team and I will be in touch big fella. 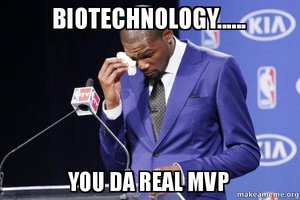 It's amazing how many of these small biotech stocks are getting massive re rates at the moment.

There are too many to name, but in my opinion boy doesn't the market like to take a hold of a theme for a few months and run with it harder than a juiced up Ben Johnson.

Good luck to em I say!

Great Boulder closed up 19% to finish at 5c on $169,000 stock traded. The reason they were up was because they have said that aerial electro magnetic (AEM) survey has highlighted two strong, large anomalies at its Mt Carlon project in WA.

Mr Carlon is 60km south of Great Boulder’s Mt Venn copper-nickel-cobalt project. Great Boulder completed its acquisition of the project from Gold Road Resources (ASX: GOR) in August and has moved quickly to establish its exploration potential and it will be interesting to see how large those anomalies really are.

I caught up with these guys a few weeks ago and I dare say they will read this. If so, well done boys on the exciting news and good luck with the drilling.

You can never have too much luck when drilling - trust me.

Envirosuite closed up 17% to finish at 31.5c on $1.3 million stock traded. There was no news and nor has there been since they did a deal earlier this month with its entry into China, the world’s largest market for its solutions.

Envirosuite partnered with Mr Zhigang Zhang, who is one of China’s most prominent leaders in the environmental protection sector.

There was a binding agreement signed for a strategic investment coupled with performance options vesting on minimum China revenues of A$10m being achieved by 31 December 2021, so it will be interesting to see how this one plays out.

Some details on what Envirosuite do are listed below:

Envirosuite Limited is an environmental management technology company that has developed a leading Solution-as-a-Service offering which translates data into action in real-time.

The Envirosuite platform is used worldwide by a range of clients in the mining, water and waste management, heavy industry, ports and agricultural industry sectors and as well by governments looking to regulate industry in accordance with community well-being.

NuFarm closed up another 15% to finish at $6.50c on $112 million stock traded. The reason it was up again, was because it entered into an agreement to sell its South American crop protection and seed treatment operations in Brazil, Argentina, Colombia and Chile to Sumitomo Chemical Company Limited for $1,188 million cash (on a cash-free, debt-free basis and subject to customary net working capital adjustments on completion).

You can read more about it in yesterday's column: Rat's Rant: What's hot, what's not and ... The Canberra Raiders

I thought it was newsworthy AGAIN, or maybe I am just lazy.

I hope a few of you bought some this morning.

Biotron closed up 15% to finish at 8.4c on $3.8 million stock traded. The reason for the rise was the establishment of an expert Scientific Advisory Board (SAB) for its core Phase 2 HIV-1 clinical development program.

The SAB is an international group of experts with broad experience within the HIV-1 field, covering clinical development of HIV-1 therapies.

The members are highly regarded by academia and industry and have experience advising pharmaceutical industry on new treatment strategies, including HIV-1 cure. The group augments the support that Biotron receives from key opinion leaders, academics and industry participants across its antiviral programs, and will guide the development of Biotron’s lead drug, BIT225.

Details on today's news are listed below:

APPOINTMENT OF INTERNATIONAL ADVISORY BOARD FOR BIT225

The Directors of Biotron Limited are pleased to advise the establishment of an expert Scientific Advisory Board (‘SAB’) for its core Phase 2 HIV-1 clinical development program.

The SAB is an international group of experts with broad experience within the HIV-1 field, covering clinical development of HIV-1 therapies. The members are highly regarded by academia and industry and have experience advising pharmaceutical industry on new treatment strategies, including HIV-1 cure. The group augments the support that Biotron receives from key opinion leaders, academics and industry participants across its antiviral programs, and will guide the development of Biotron’s lead drug, BIT225.

“The Company is delighted to have input of such a high calibre group of experts in the HIV-1 space. To attract such talent onto our Scientific Advisory Board is excellent validation of Biotron and its technology”, said Dr Michelle Miller, Biotron’s Managing Director.

The SAB will be chaired by Professor Robert L. Murphy, Executive Director, Institute for Global Health at Northwestern University Feinberg School of Medicine, Chicago, IL, USA. Professor Murphy has been a medical advisor for Biotron’s antiviral programs for several years.

Professor Murphy said “I look forward to working together with Biotron and this outstanding group of scientific advisors on the promising and novel approaches developed by Biotron which address strategies aimed at curing HIV infection”. 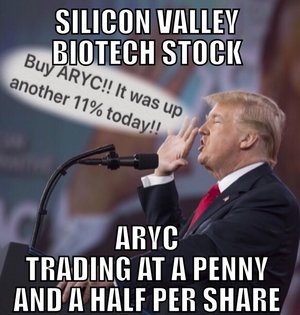 Change Financial closed down 40% to finish at 32c on $5 million stock traded. The reason they were down so much, was because they were up so much the previous day - which you would have read about in this column yesterday.

As reported, the reason for the rise was the successful completion of the build of its innovative payments and card issuing platform marking a key milestone for the company. 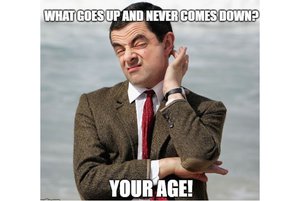 Yesterday a company I follow Empire Energy (ASX:EEG) announced that it had completed the sale of its Kansas assets for US$19.25 million.

The sales proceeds will be primarily used to reduce debt and also to increase cash available for Empire’s Northern Territory growth plans.

Over the last 12 months or so Empire has shifted its focus from the US to its large scale Beetaloo Basin and McArthur Basin assets in the Northern Territory next door to the recent discoveries made by both Santos and Origin.

Over this period Empire has been able to reduce net debt by nearly 90% and cash balance is significantly higher, which is a credit to Alex and his team.

The company also has appointed a completely new Board of Directors and I think they are well placed to guide it through the next substantial phase of growth.

Empire also announced yesterday that it received Ministerial approval for its upcoming seismic program in the Northern Territory which is expected to kick off in the next few weeks.

The seismic program aims to demonstrate that the shales in Origin and Santos’ Beetaloo properties extend into Empire’s properties.

Empire’s P50 prospective resource in the NT is over 13,000 Pj which is about 3 LNG trains so if it's there it could be massive for a company with a sub $50 million market cap.

With Empire’s neighbours set to spend big bucks drilling fracture stimulated horizontal appraisal wells in the neighbouring blocks this year and next year, the stage is set for plenty of news flow both from EEG but also from Santos and Origin.

Empire Energy CEO the great Alex Underwood will be speaking at the Sydney Mining Club lunch on Thursday so for any of you that are interested in oil and gas get down there to hear the Empire story.

I will be there and I may or may not be the bloke ringing the bell to tell him when his time is up. 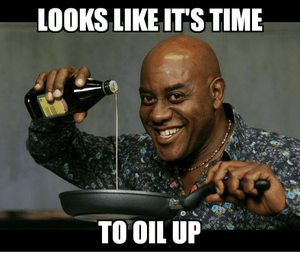