Overseas action points to a positive day on the ASX 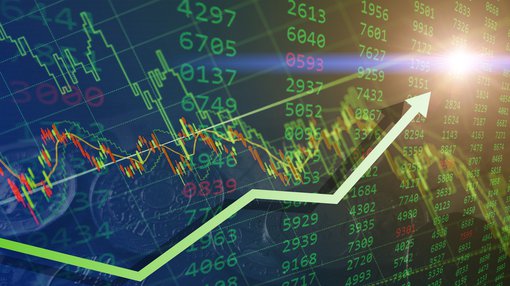 After spending the first half of Wednesday’s session in negative territory, the S&P/ASX 200 index (XJO) found some support in the last two hours of trading, closing up 13 points or 0.2% to 5573 points.

With overseas markets rising in unison overnight and the ASX SPI200 futures up 36 points this morning to 5604 points, it should be smoother sailing today.

Positive sentiment in global markets can largely be attributed to a shift in mindset from addressing coronavirus issues to getting back to business.

There was also good news on the commodities front, and our energy stocks could come under the spotlight today.

Asian markets traded in similar fashion to the ASX, struggling early before gaining momentum late in the day.

By the time UK and European markets opened, the mood had changed significantly as the FTSE 100 accelerated throughout the day to finish up 1.1% at 6067 points, its second highest close since early March.

The NASDAQ was the best performing index, surging 190 points or more than 2% to close at 9375 points, a three month high.

Consistent performances across most markets saw the CBOE Volatility Index (VIX) fall more than 8% to 28 points, bringing it back to February levels.

On the commodities front, gold wasn’t dumped as investors became less risk averse, gaining 0.3% to push just above the US$1750 per ounce mark.

Oil was the standout commodity, pushing up from early session lows of around US$34.30 per barrel to a high of US$36.46 per barrel, and it continued to trade around the US$36 per barrel mark throughout the afternoon.

Iron ore experienced its first dip in a number of days, but it was only down marginally at approximately US$96 per tonne.

There were further strong performances across base metals with copper returning to mid-March levels as it hit US$2.43 per pound.

Lead also chalked up a milestone, closing at US$0.75 per pound, a one month high.

After three consecutive days of strong gains, nickel hit US$5.64 per pound, a level it hasn’t traded at since mid-March.

Zinc’s close of US$0.92 per pound is close to a three month high, and it has increased approximately 12% in the last two months.

The Australian dollar continued to strengthen against the US dollar and it is now fetching approximately US$0.66.