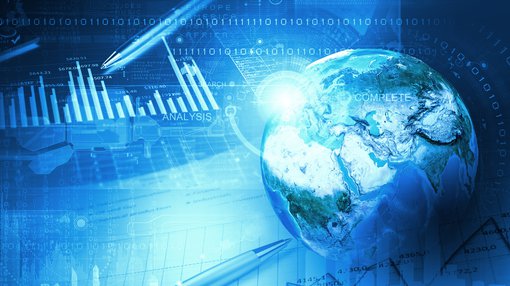 Every week now, there seems to be a new vaccine report.

As Joshua Mahony, Senior Market Analyst at IG reports, “Another Monday vaccine announcement has brought a more mixed report from AstraZeneca, with the UK-led project bringing vastly different results depending on the dosing method.

“With AstraZeneca 2% down in early trade, it is evident that markets are somewhat underwhelmed after the largest of the two trials providing just a 70% efficacy.

“Unfortunately for AstraZeneca, markets have become accustomed to efficacy rates closer to 95% in the wake of the Pfizer and Moderna announcements.

“While the firm has understandably focused on the 90% efficacy rate seen when a half dose is followed by a full dose a month later, the significantly reduced sample size does provide less confidence in their findings.

“From a UK perspective, the country has pre-ordered a whopping 100 million doses of the AstraZeneca vaccine. However, with many already unwilling to undertake a hastily produced inoculation, the fact that its efficacy is also questionable does little to help bolster plans for a mass-vaccination programme.

“UK-stocks are on the rise ahead of a government announcement to reopen much of the UK economy once the nationwide lockdown ends on 2 December.

“Coming into a critical festive period for retailers, the decision to reopen non-essential stores could help stave off collapse for some of the hardest-hit firms.

“However, with mass adoption of the vaccine still some way off, there are many who will question whether Johnson’s latest plan will simply spark a third wave without having allowed the second to fully subside.

“Nevertheless, from a market perspective, we are seeing money flow into value once more, with energy, travel, and financial stocks heading up the FTSE 100.”

As for Australia, the S&P/ASX 200 Index closed 0.3 per cent higher at 6561.6 points. This is the highest level the benchmark has been since late February.

Energy was the best performing sector. Materials also performed well and oil prices are trading near their highest levels since March, while iron ore prices eased on Monday after rising last week.

Oil performed well over the weekend and into Monday.

According to eToro market analyst Adam Vettese, “The price of oil held at over $43 a barrel in overnight trading on Sunday and into Monday morning’s European open, its highest level since early September.

“That follows the third straight week of gains for oil prices, as progress towards a widely available Covid-19 vaccine has raised hopes of an improvement in energy demand.

“The price of oil has also been boosted by expectations that global oil cartel Opec and its allies will agree to delay plans to increase their output by two million barrels a day from January, according to Bloomberg. Last week, US-listed Chevron and Exxon gained 2.4% and 3.3% respectively, taking their gains over the past month to 18.2% and 8.1%. London listed BP and Royal Dutch Shell gained 3.2% and 7.3% last week respectively, with their gains over the past month standing at 18.9% and 27.2%.

Vettese says that while it has only been two weeks since Pfizer announced its 90% plus effective Covid-19 vaccine trial result on 9 November, there have been winners and losers stock-wise.

“Until Pfizer made its announcement, the commodities, financials and energy sectors had suffered this year, with losses of 34%, 17% and 50% respectively according to financial advice firm Edward Jones. From 9 November to18 November, those three sectors gained 6%, 10%, and 22%. At the other end of the spectrum, the technology and consumer discretionary sectors had gained 34% and 29% respectively in the year up to Pfizer’s announcement. From November 9th to 18th, the sectors both fell back by 1%.”