NASDAQ continues to rebound, Trump in trouble with WTO, futures up 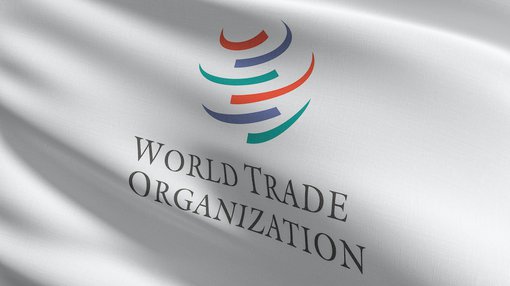 After a solid start on Tuesday the S&P/ASX 200 index (XJO) finished just below the previous day’s close at 5895 points.

A bounce in the gold price saw some support come from that sector, but this was more than offset by negative sentiment towards the energy sector and a slide in banking stocks as three of the big banks gave up more than 1% and the CBA finished 0.8% lower.

However, the outlook appears more positive today with strong leads from overseas markets and a significant recovery in the oil price likely to drive the market higher.

Looking across the markets, it was once again the NASDAQ that stood out as it gained 133 points or 1.2% to close at 11,190 points.

WTO goes to war with Trump

Things are heating up on the geopolitical front with the World Trade Organisation (WTO) weighing in on the feud between the US and China.

The WTO accused Trump of breaking international trade rules in relation to the tariffs imposed on Chinese exports in 2018.

The retort from the Trump corner was quick and pointed, saying that the WTO’s ruling demonstrated its ineffectiveness, in essence serving to support the need for Trump to continue to self-manage trading terms.

On the commodities front, after dipping early to less than US$39.50 per barrel the Brent Crude Oil Continuous Contract made a strong surge as it finished at US$40.53 per barrel, erasing the losses that have occurred over the last week.

Base metals were mixed with copper and lead slightly lower and nickel levelling out after two strong days of gains.

However, zinc continued its strong rally with three consecutive days of gains taking it from US$1.08 per pound last week to US$1.13 per pound, just shy of its recent 10 month high.

The Australian dollar strengthened slightly to finish just above US$0.73.

There will be some important economic data released in the coming days, including Australian unemployment figures and US housing starts and consumer confidence, with the latter arguably a better indication of how the US economy is holding up, as opposed to gyrations in equities markets.