Markets back down as virus fears take hold again 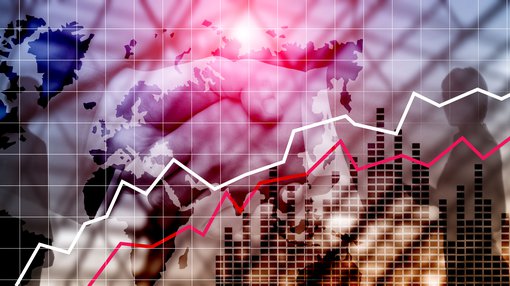 “Virus fears hit an overextended global stock market, knocking European equities sharply lower and pointing towards a weaker start in the US.”

This view was mirrored by eToro analyst Adam Vettese who said, “A worrying rise in Covid cases sees jittery investors sell off stocks. Hot off the heels of the positive news that Pfizer’s vaccine was up to 95% efficacy, the US death count hitting the milestone 250,000 mark caused markets to slide. This shows how delicately poised markets are and that news of a vaccine is not sufficient, approval and vaccinations being rolled out is what will make the real difference.”

We know the markets surged in the last two weeks and Beauchamp says, after these gains “equities now look much more richly-valued, and thus vulnerable to an outbreak of bad news.

“This is precisely what we got in the form of spreading infections in the US but also in Japan, a worrying sign indeed for a country that had been successful earlier in the year in controlling the spread.

“Even reports of success for AstraZeneca’s new vaccine were not enough, the impact of these vaccine announcements having been on a declining trend since the first, excitedly-received news from Pfizer almost three weeks ago.

“There appears to be little desire to chase equities at these levels, and perhaps rightly so, with markets looking priced for perfection and still vulnerable to some short-term turbulence.

“Speaking of things looking priced for continued good news, Kingfisher has fallen 4% after reporting a strong set of sales figures for Q3. The news appears to more than justify the huge gains in the shares since March, up 120% versus a mere 22% for the index.

“But while the overall investment case remains strong, investors appear content for now to sit and await a better chance to buy back in later in the year.”