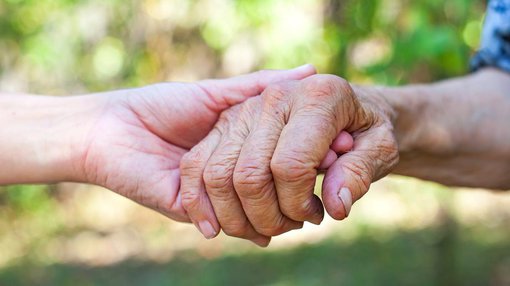 It is a sector that’s had its fair share of bad PR in recent times. A year ago the topic received extra attention through the closure of the disgraced government-run Oakden nursing home in Adelaide.

After an investigation, SA’s chief psychiatrist uncovered abuse and neglect dating back 10 years. A ‘toxic culture of cover up’ was to blame for these issues going on for such a long time.

Considering the details that have emerged through the country’s two preceding royal commissions, we’ve come to be familiar with phrases like ‘toxic culture of cover up’ — it’s almost hard to feel truly shocked anymore.

‘ScoMo’ clearly believes there’s evidence of trends towards non-compliance and repeated failure to blow the whistle on horrible practices and mistreatment.

His announcement of the royal commission on Sunday was followed by a damning episode of the ABC’s Four Corners the following night.

And it seems the market was quick to respond, with three of Australia’s main listed aged care providers all taking a swift hit. Japara Healthcare Ltd (ASX:JHC), which closed last week at $1.67, opened on Monday at $1.40 — a drop of ~14%. While it recovered slightly on Tuesday, JHC’s stock price hit a low of $1.31 on Thursday, to end the week at around $1.38.

Then there’s Regis Healthcare Ltd (ASX:REG) which is down ~18% for the week, having opened 15.9% lower on Monday morning (from $3.61 on Friday) following Morrison’s announcement of the royal commission. REG are now at ~$2.96, and could well stay down for some time yet as stories of neglect from the company have already begun to surface.

We could be seeing a lot more downside where that came from.
Unfortunately for the out-of-favour sector, it’s not just shareholders looking to abandon ship. Macquarie analysts took 25% off the target prices of all three providers above — EHE, REG and JHC.

Those invested in the sector have good reason to be feeling uncomfortable about this week’s news.

According to Macquarie analysts, some of the earning risks now facing these players include falling occupancy rates (due to the likelihood of negative media coverage from a royal commission); and increased spending on compliance, marketing, PR and legal efforts as providers shift into damage control, or look to cover themselves as much as possible.

Knowing what we already know about the problems in the sector, it’s hard to predict how devastating the findings will be. Four Corners crowdsourced its two-part investigation and received a record-breaking 4000 responses from viewers, all eager to tell their stories.

Safe to say we can expect some tough times ahead for this sector.