ASX tipped to open the week on a positive note 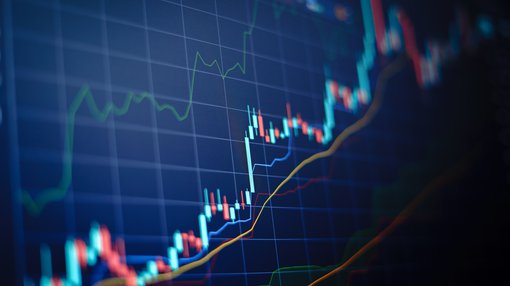 However, the index is still well below the end of April close of 5522 points, and it seems that technical investors will be focusing on whether it can once again break through the 5500 point mark.

One of the underlying drivers behind Friday’s resurgence could continue to play a part in the near term.

Friday was the first trading day after China released industrial production numbers for April, which showed a year-on-year rise of 3.9% in contrast to the March decline of 1.1%.

This was better than consensus estimates, and our miners responded accordingly with the Materials Sector finishing up 3.2% on Friday and 2.8% on the week.

However, it could be argued that market stability is a better sign than the extreme highs and lows that have set the tone in recent months.

On the geopolitical front, over the next few days Australia will be one of the leading countries in lobbying the World Health Organisation to conduct an impartial, independent and exhaustive evaluation of the origins of the coronavirus and the way it was managed, potentially heightening strained relations between ourselves and China.

China has been quick to play the trade wars card, but the Morrison government appears unperturbed at this stage.

It could be a ‘safety in numbers’ game given the long list of major European and Asian economies, and even Russia calling for accountability.

However, if push comes to shove, it is likely that our agricultural industry will be hit hardest, possibly followed by coal as China can use domestic supply or turn to other markets.

China needs our iron ore, leaving it no other option but to trade fairly on that front.

US markets could well be swayed by macro data released at the end of last week with the focus likely to be on a 16.4% plunge in retail sales, worse than consensus forecasts.

On Thursday, investors will be able to get a handle on the health of the manufacturing industry in the US as PMI numbers are released.

On the same day, US existing home sales data also has the potential to sway the market.

The Hang Seng was only down slightly, shedding 32 points to close at 23,797 points.

The Shanghai Composite was flat, closing at 2868 points.

The CAC 40 just finished in the black, gaining four points to finish at 4277 points.

The Dow started the day in poor fashion, plunging approximately 300 points, but it gradually clawed its way back to finish up 60 points or 0.2% at 23,685 points.

The NASDAQ demonstrated a similar trend, finishing up 70 points or 0.8% to close at 9014 points after hitting a low of 8821 points early in the day.

Even though it came off slightly on Friday, gold clung on to most of Wednesday’s and Thursday’s gains to close the week at US$1754 per ounce, up about 3% on the week.

The last time it closed above this level was in mid-April, and it is now in striking distance of the 12 month high of US$1788 per ounce.

The Brent Crude Oil Continuous Contract surged late in the day, increasing from about US$31 per barrel to close at US$32.74 per barrel.

It appears that some equilibrium is returning for the time being with the CBOE Volatility Index retracing from highs of around 39 points early in the week to close at 31.9 points.

Iron ore clung onto the gains made early in the week as it pushed above the US$92 per tonne mark.

Most base metals trended lower, but the worm could turn this week as China’s positive manufacturing numbers are digested.

The Australian dollar is fetching US$0.64.

Good news for cannabis stocks, but European markets down