Keep an eye on materials, energy and healthcare 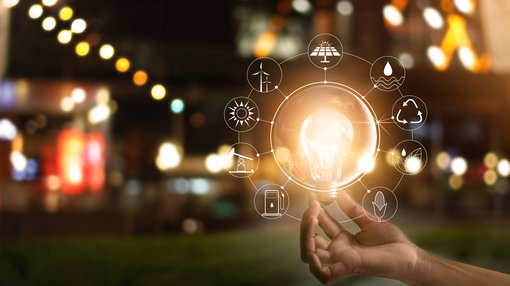 Anyone investing in the stock market right now must be asking themselves two questions. Firstly, are we likely to see a change in trend from down to up and secondly, if it is changing direction how strongly will it continue to trade up into 2019?

After closing up slightly at 5,757.90 points a fortnight ago, the market continued to trade up last week, which is an early signal that the market may be changing direction. The All Ordinaries has repeatedly found support between 5,700 and 5800 given that in the last eight weeks it has opened or closed within this price range on six occasions, which indicates that the market is resilient and the bears are not strong in numbers.

Materials was the best performing sector last week, up over 2 per cent with strong rises from RIO, BHP and FMG all up 3 to 5 per cent, which was supported by a weakening AUD and rising iron ore prices. The Energy and Information Technology sectors were also up this week around 1 per cent.

On Thursday the Australian Competition and Consumer Commission flagged concerns about shrinking competition that could ultimately leave consumers worse off in the $15 billion proposed merger between TPG and Vodafone. TPG shares fell 17 per cent at the open on Thursday morning to $6.35. It recovered somewhat during the day, however it closed only slightly higher at $6.45 for the day as it struggled to find support.

Interestingly, Telstra also fell on the news from the ACCC with their share price down 5.3 per cent from the open. Investors speculated that if the merger between TPG and Vodafone fails to get through this may result in more competition for Telstra around its pricing and service offerings.

It has been a rough year for Telstra shareholders. In fact, it has been a rough 21 years since it first hit the stock market. This is because the company often disappoint the market, which is reflected in the share price. While things were initially looking up over the past few months, there is nothing exciting happening with Telstra to signal a buy right now, although it may not be too long before that changes.

Our Telecommunications sector tends to move in parallel to the US Telco sector. Over the past month it is looking more bearish, although there is likely to be some good opportunities to trade Telco stocks in 2019.

That said, Telstra still has a lot to prove and the timing is just not right at this point, although it is one to put on your watch list.

For Telstra to indicate it is bullish, we need to see an increase in momentum and for the price to rise above $3.09 in the short term. As for TPG, it is expected to continue to fall to around $6.00-$6.20.

So what do we expect in the market?

The market is turning from bearish to bullish as all the signs are there for it to turn. It may just be that the timing for the turn has been pushed out a few weeks. Given this, the Australian market will rise over the next two to four weeks and move up through 6000 points with my attention is on the Materials, Energy and Healthcare sectors.

Retirement strategy: Superannuation or direct investing? Coronavirus is not a catalyst for the stock market Get off the debt treadmill Coronavirus: Markets rally – is it growing bubble or knee-jerk reaction?

Coronavirus is not a catalyst for the stock market