Is it time to buy into the big four banks? 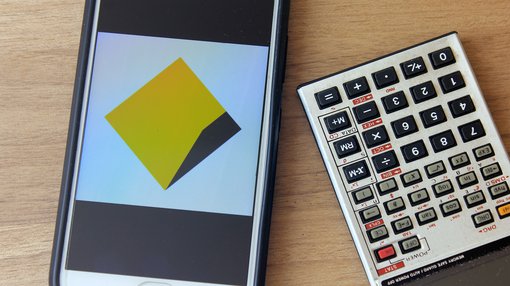 For many years, the big four banks in the Australian stock market have been considered good defensive stocks, but in recent years you would have to ask if this view has changed?

To understand this, we need to look at what has transpired with the big four banks in recent years. Would it surprise you to know that all four have been down over the last five years from 1 January 2015 to 31 December 2019? Westpac is the worst performer down 26 per cent, while NAB and ANZ are both down 23 per cent. CBA is the best performer, as it is only down around 6 per cent.

While these figures do not include dividends, they do shed some light on why our market has not performed that well over this period. And if we consider the events of the past few weeks, the returns get worse.

Given that the big four banks make up a significant weighting of the All Ordinaries Index, if they are falling then the market will struggle to rise. This may explain why our market took until July 2019 to rise above the GFC high set back in 2007. Given that the banks have been falling heavily, it is now most likely they are trading below their intrinsic value.

So is now the time to buy?

To answer this, there are two factors to consider. Firstly, the market is very nervous as to whether the worst is over, so jumping into stocks too early is a risk. Secondly, the dividend yield increases as prices fall, so some investors are beginning to view banks as an attractive investment.

We also know that interest rates have fallen and there is little to no benefit in holding cash. Right now, the argument for buying banks is increasing because unlike other stocks, banks have been falling for several years and eventually what goes down must go up, especially good quality stocks.

So while there may be further downside for these stocks, you could argue that the downside risk is low given how far and how long they have fallen. The upside potential for growth long term is certainly there, especially when you add in an attractive dividend.

My pick of the big four banks is CBA, followed by Westpac.

So what are the best and worst performing sectors this week?

Once again, it has been an interesting week on the Australian stock market as most stocks fell away, although there are some highlights with the best performing sector being Consumer Staples, which is up over 4 per cent so far followed by Utilities, which is just in the green, while the Materials sector is down 4 per cent.

Energy has been the worst performer for several weeks and is currently down over 27 per cent followed by Consumer Discretionary, which is down around 20 per cent while Information Technology is down around 18 per cent.

Looking at the top 100 stocks, the best performers include Spark Infrastructure and Fortescue Metals both of which are up over 10 per cent, followed by Resmed up around 9 per cent. As would be expected given the dramatic rise in demand for food with all of the panic buying, Woolworths and Coles were both strong performers up over 7 per cent so far this week.

Those at the bottom include Challenger down 50 per cent, while Flight Centre and Stockland are both down around 48 per cent. Worley, Scentre Group, Vicinity Centres and Oil Search are also down over 40 per cent this week.

It is fair to say that the stock market has been in free fall with many investors rightly concerned about what to do. This week the market has fallen to the lows of four years ago and is still looking weak. That said, and I reiterate again, it is normal for the market to bounce and retest prior highs, therefore, we should see this occur any day now and for this to last over one or more weeks.

Last week I mentioned that there is strong support for the All Ordinaries Index at 5,171 points and as of writing it has traded below this level. While I did not expect this to happen, right now the market is not behaving normally, so we need to be patient, as opportunities to profit will come. In fact, the more the market falls now the bigger the move back up.

Again, investors are better off protecting their capital by not trying to bottom pick perceived cheap stocks and to wait for the dust to settle before making any decision to enter the market.