Investors factoring in a Democrat win 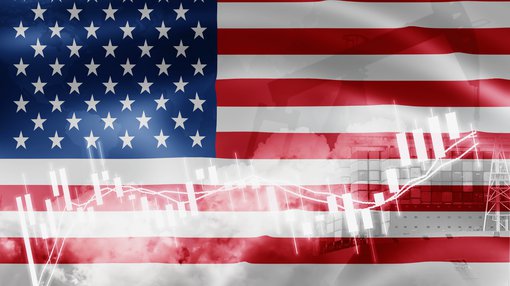 Stock markets are already pricing-in a Biden win in the US presidential election in 11 days – and, against conventional wisdom, a Democrat victory will be welcomed by investors.

The assessment from Nigel Green, the CEO of one of the world’s largest independent financial advisory and fintech organisations, comes as President Trump and Joe Biden faced off in their final 2020 presidential debate on Thursday night.

The candidates sparred over the coronavirus pandemic, the stock market, the economy, immigration and foreign policy.

Mr Green comments: “The last debate was certainly more civil than the previous encounter, but it didn’t add much more to what we already know about the candidates’ personal and policy differences.

“Therefore, we can expect the markets to continue pricing-in a Biden win, something which has begun in earnest in recent weeks.

“This has been evidenced by investors piling into renewables, industrials and other sectors that could benefit from Joe Biden sweeping into power on a ‘blue wave’ victory.”

He continues: “Conventional wisdom suggests a Democratic win would be negative for markets due to higher taxes, more regulation, and higher spending amongst other things.

“But there’s nothing conventional this time around.”

The deVere CEO notes: “The massive extra stimulus of up to $3trn wanted by Democrats in January would buoy the markets and would have investors think about a broader-based economic recovery – rather than a narrower, tech-heavy one.

“Cyclical stocks are likely to outperform on the back of this fiscal stimulus and the inflationary expectations.

“This scenario would prompt most analysts to upgrade U.S. economic growth forecasts.”

He adds: “In addition, there is likely to be a cooling down of tensions with China on trade and other issues which have been important sources of turbulence on stock markets over the last four years.

“More stability and certainty from the White House will be championed by investors.”

Mr Green concludes: “Wall Street does have a hit-and-miss track record of predicting the election outcomes, but for now markets are betting on Biden – and, unusually, they seem to favour a significant Democrat win.”

Once again, Information Technology was up 2.26 per cent followed by Industrials and Materials, just in the green. The worst performing sectors included Utilities down 2.33 per cent, while Communication Services and Consumer Staples were down around 1 per cent.

Looking at the ASX top 100 stocks the best performers included CIMIC Group, Oz Minerals and Challenger, which were all up around 7 per cent while Orora, Qantas, South 32 and Cochlear were all up around 5 per cent. The worst performers included Unibail-Rodamco-Westfield down over 6 per cent, Bendigo & Adelaide Bank down over 5 per cent while Crown Resorts and Cleanaway Waste down over 4 per cent so far.

“October has a history of being volatile with wild swings up and down, and last week we experienced both,” said Wealth Within founder Dale Gillham. “On Monday, the market rose over 1 per cent before closing slightly lower, while on Thursday the market was down over 1.5 per cent before turning to rise. Rather than continuing to rise this week, the All Ordinaries Index has really gone nowhere.

“With the Presidential election now in its final stages, the US market is showing weakness with no real signs of direction, which I believe is weighing down our market. Once the uncertainty of the election has passed, I believe the Australian market will move up nicely into Christmas and beyond.

“However, we still need to be cautious as we may experience some short-term downside before the market continues to trade up. For now, it is wise to sit and watch the show for a few more weeks but to get ready for the opportunities that will unfold in the not too distant future.”

Is silver the next GameStop?