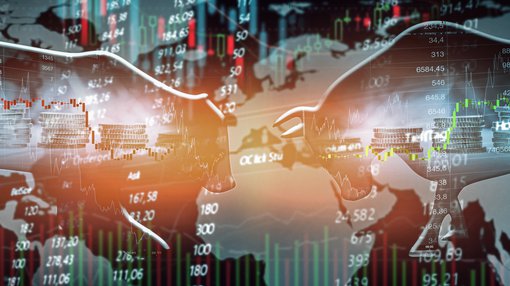 A week can be a long time in the stock market, while at other times it’s not long enough.

It seems the high-tech world we live in has shrunk our perception of time given that we are getting more and more drawn into instantaneous information that may provide an edge to make money in the market. But is this really good for us? I would argue that it isn’t because too much information leads to poor decision making.

Over the last 18 months or so, we have been subjected to speculation of a market crash and a recession, yet the Australian market made a new all-time high in July. Despite this, individuals sold their shares and moved to defensive assets or cash. But was this the right decision? In hindsight the answer is no, but what if the market did cash or we did go into a recession, should we be worried? My answer would be a resounding no.

So, if the market does fall away, you can choose to exit and put your money into cash, and then wait 12 or so months before investing again, which will obviously have very little impact on your financial position. While this is a little over simplified, it does demonstrate two things: firstly that the stock market is not to be feared and secondly, by taking a more active approach you will reap the rewards while lowering your risk.

So, what are the top and bottom performing sectors in Australia this week?

During what has been a more bearish week, it’s not surprising that most sectors were in the red, although Consumer Discretionary and Consumer Staples are both currently up around 1 per cent. The stocks that performed well in the Consumer Staples sector included A2M, Coca-Cola, Select Harvest, Blackmores and Metcash. While the stocks that helped the Consumer Discretionary sector to rise include Aristocrat Leisure and Cash Converters.

The worst sectors this week were Utilities and Financials, which are both down around 3 per cent so far with information Technology not far behind.

Looking at the top 100 stocks, A2M is up over 15 per cent after it delivered good news to the market. Aristocrat also announced strong results and is up over 9 per Cent, while ALS Ltd is up over 7 per cent and Cash Convertors is up over 4 per cent so far this week. Coca-cola and Qantas have also done well this week.

The worst performers have been Link and Auznet, which are both down over 7 per cent so far, while financial stocks, Westpac, Magellan and NAB are all down around 5 per cent.

So what can we expect in the Australian market?

As I said, a week can be a long time in the stock market given that last week I was leaning towards the view that the market might be starting to rise after four months of going nowhere. However, this week the market has flipped and, at one stage, was down around 2.25 per cent to trade below the low that unfolded three weeks ago.

I will keep saying this until I am blue in the face. Right now it’s important to be patient as the market will decide on a direction very soon. I am confident it will settle over the coming week or so, and while I am prepared for further falls to reach my earlier target of below 6400 points, I am still leaning towards the market being bullish over the medium to longer term.

If the market continues to fall into next week, it will be short and sharp, and nothing you need to be worried about. If it rises instead, then I believe it will trade through the previous all-time high of 6,958 points that occurred in July prior to Christmas.