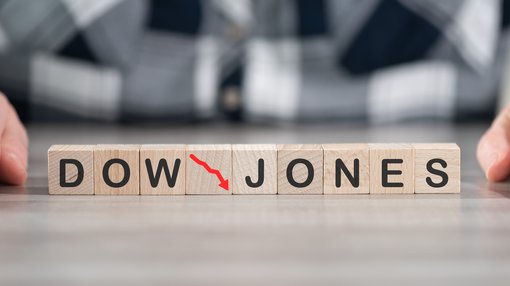 ‘’The scope and speed of this downturn are without modern precedent, significantly worse than any recession since World War II’’, the words of Fed Reserve Chairman Jerome Power that sent US markets plunging more than 500 points overnight.

While the ASX dug itself out of a hole yesterday to finish in the black late in the day, it is unlikely that investors will brush off this news.

In terms of news flow, Australian employment data has the potential to significantly impact our markets today.

Asian markets didn’t deliver the significant late rebound experienced in Australia yesterday with the Nikkei 225 making up a little ground late in the day, but still finishing down 100 points or 0.5% to close at 20,200.

The Shanghai Composite just edged into positive territory late in the day to close at 2898 points, up 0.2%.

As the focus shifted to Europe the mood changed significantly with the FTSE 100 shedding 90 points or 1.5% to close at 5904 points.

While the sell-off in the US was bad enough, the figures could have looked a lot worse if not for a 30 minute surge late in the day when the index increased from 23,067 points to close at 23,248.

Though this late rally staved off a 700 point plunge, the situation still looks grim with the index having fallen more than 1000 points since Monday.

While the NASDAQ fared a little better, it still recorded a 140 points or 1.5% decline, closing at 8863 points.

The CBOE Volatility Index (VIX) really told the story, increasing from the previous day’s close of 33 points to hit 37.5 points around midday before retracing to 35.2 points late in the day.

Notably, the last time the VIX traded at last night’s mid-session high was on May 1 when the Dow was in the throes of a two day/1000 point plunge.

Gold is back in favour

In the face of this volatility, gold could be the winner, and last night it closed at US$1723 per ounce, up 1%.

The Brent Crude Oil Continuous Contract continues to hover in the vicinity of US$30 per barrel, closing at US$29.49 per barrel after hitting US$30.50 per barrel earlier in the session.

On the base metals front, lead’s five day winning streak came to an end on Tuesday, and another sharp fall was recorded last night, bringing the metal back to near five-year lows.

As is often the case, zinc has moved in tandem with lead, but it is still hovering in the vicinity of the 60 day high of US$0.90 per pound that it struck at the start of the week.

Iron ore has consolidated its recent gains, sitting at about US$91.60 per tonne, suggesting our iron ore miners could have another good day after some strong performances yesterday.

There was little movement in the Australian dollar as it hovered in the mid&point between US$0.64 and US$0.65.

In terms of domestic news, employment data to be released today is likely to be the biggest driver.

Analyst’s forecast range between about 7% and 10% with the latter being in line with the ‘’recession we had to have’’ in the early 1990s.

Overseas markets up and gold surges 2.5%, but ASX futures in the red