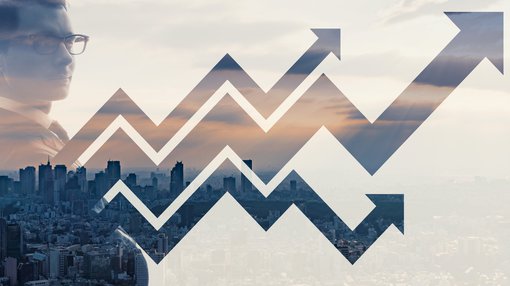 The All Ordinaries Index is defying logic as it continues to hold and is daring to trade higher. So why is this happening and is it a sign that the bull market is resuming?

Last weekend was a critical point in the US China trade war with the US imposing a 5 per cent lift in tariffs on approximately $550 billion of Chinese products commencing from 1 September. In retaliation China formalised plans to place duties on around $75 billion in US products. Despite the escalation with the trade war, both the US and Australian markets remained resilient in contrast to the doomsayers' scaremongering.

While a quick resolution to the trade war would be an obvious benefit for the Australian market, which would see it trade higher, I believe it’s not as critical for us as it is for the US market. When looking at world economies, China is still growing at around 6 per cent a year and while this is down from its stellar growth of around 14 to 16 per cent four years ago, it is still growing faster than other major world markets. For example, the US is growing at around 1.5 per cent with Australia pretty much the same.

India is also rising at a rate close to China, as is Vietnam with several other Asian economies not far behind. This is exciting for Australia, as most of the trade we do is with Asia, with the majority of it in China.

Last week reporting season ended, so now we should start to see some normality in our market. This week Consumer Staples and Information Technology did well, as both were up over 1 per cent, while Communication Services was down over 2 per cent and Utilities down over 1 per cent.

For the calendar year Information Technology has been the best performing sector up over 30 per cent, while Communications Services has also been preforming well, up 24 per cent, although it was one of the weaker sectors this week. This is mainly due to Telstra falling, as it is down over 3 per cent this week although I believe this is only short term as it is likely Telstra will turn to rise in the not too distant future.

Healthcare has also been one of the big winners this year up 27 for the calendar year. That said, I believe the opportunities moving forward will come from Materials, Financials, Energy and Utilities.

As for the stocks in the S&P/ASX 100, IOOF, which was one of last week’s worst performers, topped the list rising around 10 per cent. This was followed by Oil Search up over 6 per cent and Coles, which was not far behind.

At the other end of the scale, CYBG fell over 22 per cent after shock news from the UK on Thursday that the PPI complaint costs were well above market expectations. Whitehaven Coal was also down around 7 per cent and Medibank Private was down over 5 per cent.

So what do we expect in the market?

Since the Australian market made a low of 6,476 points on 16 August, it has risen and closed higher over the past two weeks and looks set to do the same again this week. While this is very encouraging, I am not convinced the down move is over just yet, rather I expect the current move up will be short lived. My analysis is still indicating that the Australian market will have its low between mid-September and mid-October, with the low occurring between 6,393 points and 6,218 points. If this is correct, it is wise to sit back right now and wait for the move down to occur before buying any stocks.

That said, I am very confident that the move down into the low will be short lived and that the market will return to being bullish for the remainder of this year and into next year. In short, stay calm and get ready to buy.