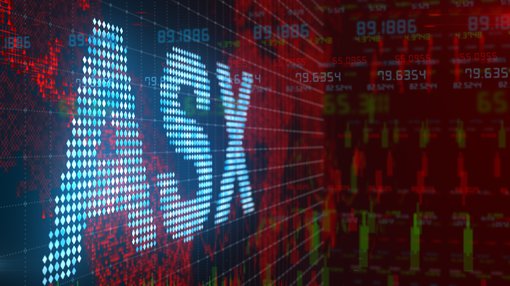 The big miners along with mid-tier gold stocks helped to offset significant falls across the financial sector as the big banks came under pressure.

The financials index finished down 1.8% on a week-on-week basis, and each of the big four banks fell in line with the index.

Given negative sentiment in overseas markets, it is likely that ASX stocks will come under pressure on Monday, and this is supported by the ASX SPI200 index which is down 36 points to 5836 points.

European markets were already in decline when Wall Street opened, and the FTSE 100 finished 42 points lower at 6007 points.

France was one of the biggest casualties among mainland European markets with the CAC 40 declining 61 points or 1.2% to close at 4978 points.

Losses were more measured in Germany with the DAX closing 0.7% lower at 13,116 points.

US markets started to trend lower from the opening bell, and while there was a steadying in declines in afternoon trading, the mood was decidedly negative.

Even the NASDAQ couldn’t withstand the broader market trends, falling more than 1% or 117 points to close at 10,793 points.

This put paid to the index’s mid-week rally as it finished some 450 points shy of its five day high.

While the Brent Crude Oil Continuous Contract lost some ground on Friday, it still finished up more than 8% on a week on week basis, having increased from less than US$40 per barrel to close at US$43.15 per barrel.

Gold finished around the mid-point of its one-week trading range at US$1962 per ounce.

Iron ore increased more than 2% as it closed in on US$125 per tonne.

On the base metals front, copper finished the week strongly, pushing above US$3.10 per pound for the first time since mid-2018.

Zinc and lead were up slightly, while nickel fell substantially from US$6.81 per pound to US$6.70 per pound, now well short of the high of US$7.14 per pound that it struck at the start of the month.

The Australian dollar is fetching US$0.73.

What should the market expect from a Biden presidency? Brexit deadline looms large Brexit talks on a knife edge, but investors may not feel impact for years Brexit and COVID impact markets while Airbnb gets set to list

Brexit talks on a knife edge, but investors may not feel impact for years