ASX futures up about 1% after overseas markets rally 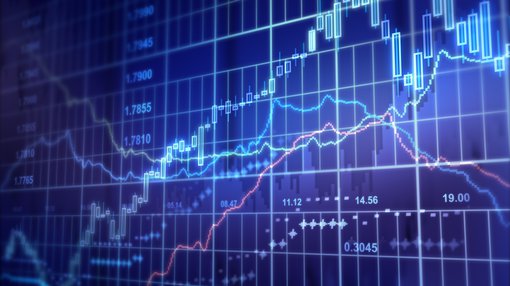 It is once again the COVID-19 factor that is driving negative sentiment with the US experiencing a spike in new cases in many states.

In Australia, Victoria reported 75 new cases on Monday. This was the state’s fourth highest daily increase since the start of the pandemic.

Investors are now acknowledging that there is no quick fix for the issue and definitely no predictability in terms of measuring the impact on businesses.

As a guide to how markets are likely to perform today, the ASX SPI200 Futures index is up 67 points to 5874 points, buoyed by positive sentiment in UK, European and US markets.

However, in the absence of a ‘’return to normal’’ business conditions timetable, investors focused on domestic issues will always be factoring in a worst-case scenario.

Not surprisingly, it was travel related stocks that felt the brunt of the sell-off yesterday with the likes of Qantas, Webjet and Flight Centre all experiencing falls of around 5%.

It is difficult to see economic data having very much impact when markets are in a state of disarray, but looking at what lies ahead on Tuesday the focus is likely to be on Australia’s payroll numbers, consumer confidence in the US and the manufacturing PMI numbers coming out of China.

Wednesday could be more interesting when Australian data is released regarding residential building approvals and engineering construction starts, as this may provide some insight into whether there is any early traction in response to stimulus packages and moves to generate activity on the infrastructure development front.

On a cautionary note, investors who are holding shares in companies that have been sold down heavily over the last 12 months should be wary of the tax-loss selling that often occurs at the end of the financial year.

It wasn’t just Australian markets that were sold down in the Asia-Pacific region yesterday.

The Shanghai Composite’s close of 2961 points represented a decline of 0.6%.

However, as UK and European markets opened it was like a new day dawning with the FTSE 100 leading the way as it rallied 1.1% points to close at 6225 points in response to stimulus news.

Moving to the US, the Dow started in positive territory and didn’t falter after that.

Providing further confidence was a strong surge of 150 points in the last half hour of trading.

In stark contrast to Australia, it was Boeing that led the charge the US after the Federal Aviation Administration’s said that it could begin test flights on the 737 MAX which had previously been grounded after unexplained crashes.

On the other side of the ledger, we are starting to see the impact of a depressed oil price.

As is often the case, low margin shale plays feel the pinch first, and it was Chesapeake Energy that filed for bankruptcy protection on Sunday.

Elsewhere, the NASDAQ delivered more measured gains of 1.2% to close at 9874 points.

On the commodities front, gold continued to look solid, mainly trading in a tight range between US$1770 per ounce and US$1790 per ounce.

The Brent Oil Continuous Contract is up from levels of around US$40 per barrel to just shy of US$42 per barrel.

Renewed confidence in base metals

The iron ore price fell substantially, with a decline of 3.4% pushing it below the psychological US$100 per tonne mark.

It was a different story on the base metals front with measured gains across the board.

Copper broke through the US$2.70 per pound mark to close just shy of US$2.72 per pound, placing it within 4% of a six-month high.

Nickel continued its strong rally, closing at US$5.76 per pound.

Having strung together four consecutive days of gains, lead is close to revisiting the three month high of US$0.81 per pound that it hit in mid-June.

Despite finishing up slightly, zinc is the one base metal that appears to be rudderless, lacking the conviction that was evident in mid-June when it recorded seven consecutive days of gains.

The Australian dollar has strengthened slightly to push up towards US$0.69.