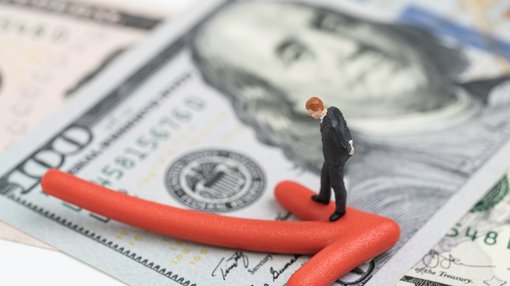 The Australian sharemarket faced headwinds on Thursday after finishing down 22 points or 0.4% on Wednesday.

There was a late sell-off in the US with the Dow trading in very similar fashion to the previous day.

The index shed around 200 points in the last hour of trading, partly triggered by disturbing data regarding the wiping of 20.2 million jobs in April. Some analysts are tipping that the unemployment rate could come in at around 15% as this continues to unfold.

President Donald Trump summed the situation up yesterday in his own inimitable style in saying ‘’it is a very bad subject’’ — the words of a true statesman.

Given this backdrop it isn’t surprising to see the SPI200 ASX futures down 48 points to 5348 points.

The Shanghai Composite rallied strongly late in the day to gained 0.6%, closing at 2878 points.

Similar to the Dow, the FTSE 100 endured a late session sell-off. It closed four points higher at 5803 points, but earlier in the day had pushed up towards the 5900 point mark.

There was little support to be had on the commodities front with both gold and oil falling substantially, the former losing some of its previous day’s gains to close around the US$30.00 per barrel mark.

The Australian dollar slipped below the US$0.64 mark for the first time in a fortnight.

On the base metals front, zinc surged overnight, and it is now close to the 60 day high of US$0.90 per pound.

There was also good support for nickel as it increased from US$5.40 per pound to US$5.52 per pound.