ASX to come under pressure despite strong overseas trends 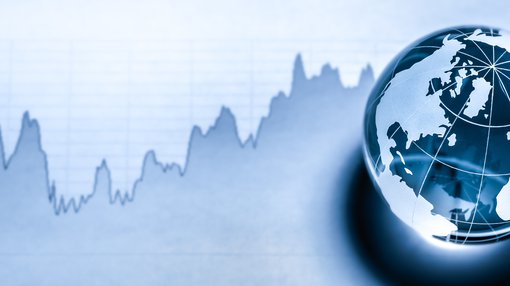 The S&P/ASX 200 index (XJO) surged nearly 3% on Tuesday finishing at a high of 5780 points, building on Monday’s strong performance and representing a two day gain of 5%.

Financials were strong again and there is evidence that consumer discretionary stocks should emerge from the COVID crisis much better than expected.

It is worth noting that the S&P/ASX 200 Consumer Discretionary Index (XDJ) has increased approximately 47% in less than 10 weeks, from about 1600 points to yesterday’s high of 2307 points — considerably better than the XJO that is only up about 27% over the same period.

Perhaps also reflecting the strength of our economy and our speed of recovery relative to other countries is the movement in the Australian dollar against the US dollar which is at a 14 week high of US$0.665.

European and US markets performed well with the latter driven by a slight improvement in consumer confidence which one would expect could underpin another positive day on the ASX.

However, the SPI200 Futures is down 63 points to 5744 points, perhaps impacted by President Trump’s post Wall Street close comments regarding China’s handling of national security in Hong Kong.

His trademark incisive response to reporters asking what action may be taken was, “We're doing something now. I think you'll find it very interesting. But I won't be talking about it today.”

Australian and Asian markets marched to the beat of the same drum yesterday with the NIKKEI 225 leading the way as it surged 2.5% or 530 points to close at 21,271 points.

This brings the index back to early March levels which in a way is surprising given the toll coronavirus has taken and the slow pace at which the health crisis is abating.

Momentum was building as US markets opened, and the Dow appeared to take its lead from Europe, hitting an early high of 25,176, up more than 700 points on the previous day’s close.

However, a late afternoon sell-off erased some of these early gains with the index finishing at 24,995 points, up 530 points or 2.2%.

To put this in context though, the NASDAQ has substantially outperformed the other indices in recent weeks and is now only 5% shy of the all-time high it struck just before the coronavirus sell-off.

Surprisingly, the CBOE Volatility Index finished on par with its previous close of about 28 points after a significant spike late in the session.

On the commodities front, the Brent Oil Continuous Contract gave up early gains saw it as high as US$37.24 per barrel to finish at US$36.71 per barrel.

Iron ore also lost ground, retracing to approximately US$95 per tonne after pushing up towards US$100 per tonne in the last week.

Most base metals gained ground with nickel being one of the best performers as it recovered some of last week’s lost ground to push back above the US$5.60 per tonne mark.