Why Tesla is in trouble

Welcome to the inaugural edition of Ctrl Alt Del, a weekly exploration of what’s highlighting the global tech and IT space.

Tesla Inc. (NASDAQ:TSLA) is under the pump.

CEO Elon Musk’s propensity to cause controversy looks to be coming at the expense of the EV carmaker. Most notably, Musk’s vision to take Tesla private at a proposed US$420/share – a plan, which Musk tweeted to the world on August 7 – suffered immediate backlash.

While Tesla did have US$2.2 billion in cash at the end of the June quarter, its unsteady financial situation resulted in the collapse of the go-private plan.

The company has already churned through US$1.8 billion through two quarters this year, having registered a near US$2 billion loss last year.

Musk announced that Tesla would stay public on August 24 via blog post, “Given the feedback I’ve received, it’s apparent that most of Tesla’s existing shareholders believe we are better off as a public company.”

He also noted that reluctance from significant shareholders played a significant role in remaining on the NASDAQ.

“Although the majority of shareholders I spoke to said they would remain with Tesla if we went private, the sentiment, in a nutshell, was please don’t do this.”

Investors didn’t hesitate to punish Tesla upon Musk’s announcement, wiping up to 18% off its value this month. 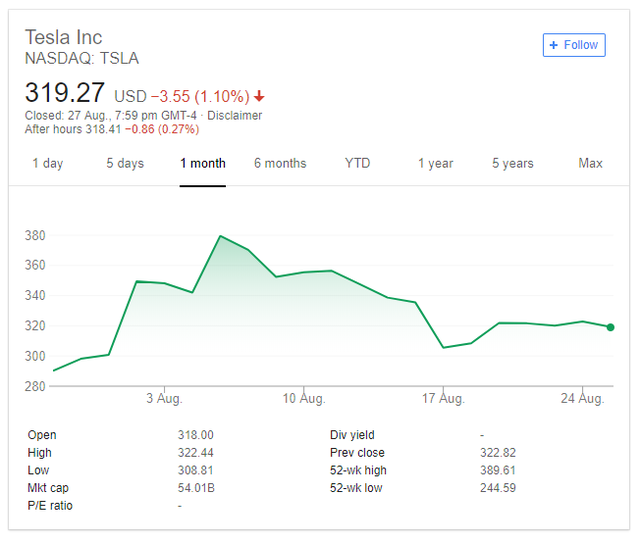 “Now that the go-private transaction isn’t happening, we think it’d be wise for Tesla to protect the downside and at least try to raise significant new equity capital sooner rather than later,” Citi Research analyst Itay Michaeli said on August 26.

The go-private plan failure is the latest red flag for Tesla and Musk, with persistent concerns over build quality and slow production uptick threatening to dissolve any headway it claimed over key competitors.

Traditional carmakers sluggish transition into the EV space has worked in Tesla’s favour, but what’s going to happen when they shift into gear?

One such carmaker is Audi, which is promising big things with its patented e-tron® technology.

According to the German behemoth, e-tron® will be the most efficient form of brake regeneration seen:

‘A one-of-a-kind regeneration system. Regeneration helps the e-tron recapture energy from 90% of braking applications and is designed to contribute up to 30% of the vehicle’s range. The e-tron has variable regeneration modes via the steering wheel paddles that allow the driver to optimize their range on where they’re driving and the efficiency they want from the vehicle.’

Audi has put 250 e-tron quattro’s through their paces across four continents, in the strongest sign yet that their entry into the EV market will be a far smoother one than Tesla’s. 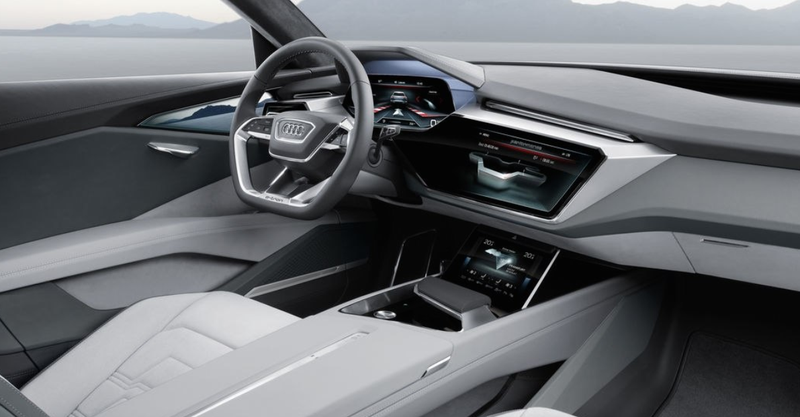 While details surrounding its price tag remain secret (for now), the stylish SUV boasts a range of more than 500km (311 miles) and is powered by a large 95 kWh battery that reaches 80% charge in just 30 minutes.

Considering that in just 21 days you can reserve your own e-tron quattro for US$1,000, why would you buy a Tesla?