We should abandon autonomous vehicles 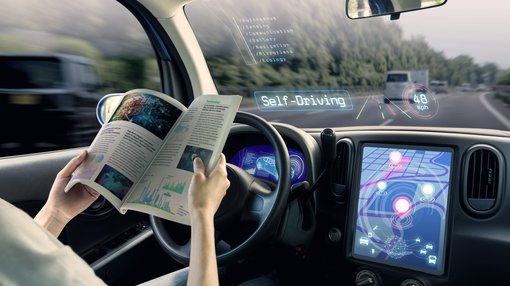 It’s time to rethink the pursuit of autonomous vehicles.

I’ve been an advocate for autonomous driving in the past, but as time has gone by I am unable to shake the potential catastrophes that could result.

It’s not unusual for me to enter a nightmarish anxiety fuelled haze when one brings up driverless vehicles:

The windows flick up. The doors lock. My eyes widen as the car violently accelerates. It rips across four lanes of traffic before careening off a bridge and into the murky depths of the Yarra River. I drown, unable to escape the questionable water quality.

The cause? My car was hacked.

The harsh reality is the negatives of such tech far outweigh any positives.

A 2017 survey held by American International Group (a prominent insurance company) found that some 41% of consumers had significant reservations about self-driving cars.

Just this year, a group of cybersecurity researchers at the University of Michigan exposed the horrifying limitations of such cars. By adding a minute decal to a standard stop sign, the team confused the vehicle into believing it was a 45mph speed limit sign.

If that wasn’t troubling enough for you, I have more.

It turns out that autonomous car manufacturers aren’t even required to publish a safety assessment of their vehicles (which includes cybersecurity).

“In effect, we are their human guinea pigs and there is no federal regulation to ensure our safety,” John M. Simpson said, who is the director of the Consumer Watchdog’s Privacy and Technology division in the U.S.

Quite the irony, considering autonomous vehicles are supposed to remove ‘human error’ from our roads. I guess tech errors are A-Okay.

Bruce Schneier, a leading cybersecurity expert, has seen this before, “We know that computers are insecure and that we cannot build these systems without vulnerabilities,” he explained.

“We build autonomous systems that affect the world in a direct, physical manner, we risk bad actors accessing it. We risk glitches and errors causing physical harm.”

And then there’s another aspect of security to consider...

Schneier fears such technology could be used to launch a new wave of terrorist attacks and he’s not alone.

A 2015 paper, authored by Jeffrey W. Lewis (in collaboration with the Department of Homeland Security and the University of Maryland), explored the potential adoption of autonomous vehicles in terrorism.

He was troubled by his findings.

“What if [ISIS] could reliably deliver their bombs without sacrificing their combatants?

“More disturbing, what if less lethal groups already operating in Europe and the United States could gain the advantages of a vehicular suicide bomber without the challenges of recruiting, radicalising and training the bomber?,” he said.

“Even under the best of circumstances autonomous vehicle technology promises to be very disruptive and many people will have reason to be anxious about the social impact of the shift to driverless vehicles.

“Destructive attacks utilising such vehicles might be the catalyst that could transform such concern into genuine fear and concern.”

I’m only just scratching the surface of the various risks involved, but already I find myself asking: are autonomous vehicles worth it?