Historically, Tesla has failed to deliver the mass affordable electric car that billionaire CEO Elon Musk envisioned, but that looks set to change.

The long-awaited US$35k Tesla Model 3 has now arrived, fulfilling a core promise that Musk made during its unveiling in 2016.

But there’s a catch.

To achieve the new price tag, Tesla will move to an online-only sales strategy, dissolving the majority of its brick and mortar network.

“Shifting all sales online, combined with other ongoing cost efficiencies, will enable us to lower all vehicle prices by about 6% on average, allowing us to achieve the $35,000 Model 3 price point earlier than we expected,” the company said in a post.

Musk added that layoffs would be an unfortunate but necessary consequence.

“We will be closing some stores and that will be some reduction in head count as a result; there’s no question about that,” he said. “There’s no other way for us to achieve the savings required to provide this car and be financially sustainable.

“I wish there was another but unfortunately, it will entail reduction in workforce on the retail side, no way around it.”

A small portion of Tesla stores will be kept on as information centres, galleries and customer service outlets.

To overcome its reduction in physical stores, the company will now go to the radical step of offering weekly trials on its range of vehicles.

“We’re going to essentially allow somebody to use the car for free for a week, and return it for a full refund. And we’re going to make it super easy to get a refund, like a one click refund,” Musk added. 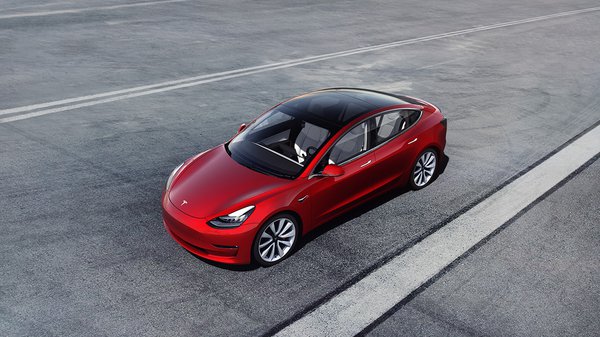 Is Tesla making the right call?

Despite its new online-only approach, Musk doesn’t expect the car maker to turn a profit in the first quarter, basing his expectations on one-time charges and other financial commitments.

“Giving that there is a lot happening in Q1, and we are taking a lot of time charges, there are a lot of challenges getting cars to China and Europe, we do not expect to be profitable,” he said.

“We do think that profitability in Q2 is likely,” Musk added, hardly a cause for mass excitement.

Analysts are wary about the car maker’s new business model, with Garrett Nelson of CFRA leading the charge.

“We think it’s a mistake from a strategic perspective and are sceptical of the gross margins on that $35,000 vehicle.

“In our view, they would be better served sticking to premium electric vehicles instead of this mass market, Henry Ford-type mentality of affordable vehicles for all,” Nelson said.

“It might be different if Tesla had the production capacity to drive volume and margin for this lower prices version, but they don’t currently and to add the incremental capacity would require significant additional capital investment,” he concluded.

It would appear that investors were also lukewarm about the news, with shares in Tesla Inc. (NASDAQ:TSLA) closing more than three percent down on Thursday night.