99% of CEOs choose their words carefully and 1% of CEOs do not.

For the record, I am an Elon Musk fan, but the SpaceX and Tesla CEO has become a polarising figure in recent years, having often erred towards the 'speak first and deal with the fallout later' communication route.

Sometimes, this devil-may-care attitude has generated glorious results, like a limited release of branded flamethrowers or digging an underground tunnel to reduce LA traffic congestion (because why not).

But it’s this same seemingly compulsive behaviour that has hurt Tesla’s share price, attracted lawsuits and tarnished Musk's own reputation.

Below is a small sample of Musk’s more eccentric moments.

In July this year, Musk took aim at British diver, Vernon Unsworth, on Twitter over his involvement in the Thai cave rescue. 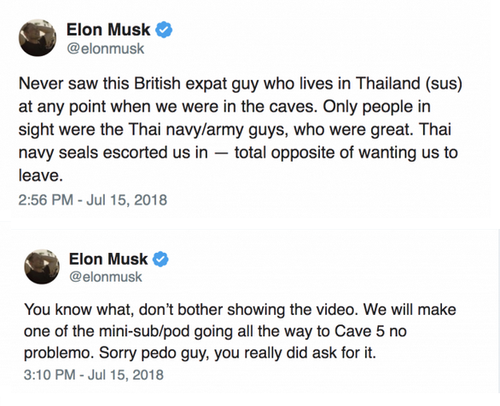 Musk sent a miniature submarine to the cave site to expedite rescue efforts, which Unsworth labelled as "ineffective" and a mere PR stunt.

Musk, in typical Musk fashion, responded by calling Unsworth a pedophile. He swiftly deleted the tweet after substantial backlash.

The August 7 tweet was not only wrong; it led to a lawsuit from the SEC.

The subsequent proceedings saw Musk slapped on the wrist with a US$20 million fine, and stripped him of the title as chairman of Tesla’s board of directors.

Better yet, when asked later that month (in an interview with The New York Times) whether he regretted the tweet, he answered, “Why would I?”

When asked whether the 420 figure was in reference to weed and a joke, Musk was quick to defend himself: “I was not on weed, to be clear, weed is not helpful for productivity. There’s a reason for the word ‘stoned’.”

Considering what would happen just one month later, that answer became a meme.

Musk ripped a fat J with Joe Rogan during a marathon two hour podcast, which resulted in 6% coming off Tesla’s share price that day.

When asked by Rogan how often he smoked weed, Musk replied: “Almost never.”

During the fallout around the 'go private' tweet, Musk addressed growing pressure around his position as CEO at Tesla with a unique twist.

6 - “I wish there was a way to get nutrients without sitting down for a meal.”

According to Ashlee Vance’s Elon Musk: Tesla, SpaceX, and the Quest for a Fantastic Future biography, Musk told a college workmate he wished he didn’t have to eat so he could find more time to work.

7 - “I would like to allocate more time to dating, though. I need to find a girlfriend. That’s why I need to carve out just a little more time. I think maybe even another five to 10 – how much time does a woman want a week? Maybe 10 hours? That’s kind of the minimum? I don’t know.”

A twice divorcee, Musk has maintained his intense desire to find his ‘soulmate’.

“If I’m not in love, if I’m not with a long-term companion, I cannot be happy,” he said in a 2017 interview with Rolling Stone.

Musk then proceeded to do his best Ross Geller impersonation.

In 2010, he married actress, Talulah Riley, before filing for divorce in 2012. The following year, he then remarried Riley, then filed for (and withdrew) a second divorce.

Riley ultimately filed for divorce in 2016. 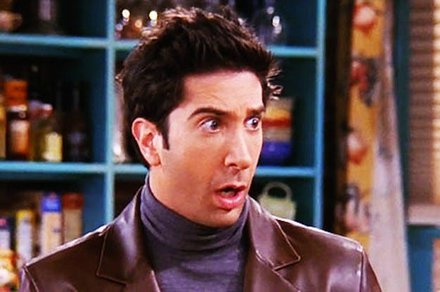