Lyft pulls ahead of Uber: could debut on NASDAQ next month 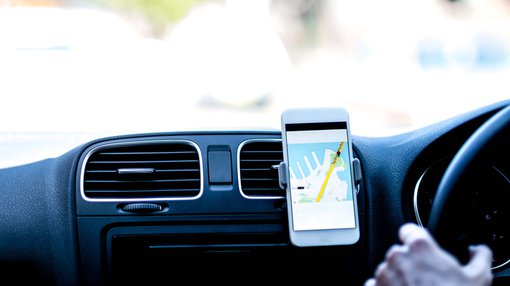 Uber’s arch rival, Lyft, is one step closer to its IPO.

According to Reuters and the Wall Street Journal, the ride-hailing giant may have beaten Uber to the punch.

Reuters has suggested that Lyft will commence its roadshow for its IPO during the week of March 18, while the WSJ believes the development may come to fruition as early as next week.

Lyft has so far declined to comment on the reports.

The news is just the latest development in the ongoing saga between the pioneering ride-share companies, which have been preparing their respective IPOs for some time.

On face value Uber has little to fear in the event of Lyft winning the IPO drag race.

After all, Lyft was last valued at just US$15 billion and possesses a mere fraction of the market share that Uber does.

But looks can be deceiving.

Lyft has aggressively expanded into new markets, which include Canada and a host of new US cities. As a result, it has increased its market share in the US to 35%, well up on the 22% stake it held in January 2017.

While Uber’s revenue increased in 2018, it still posted a substantial loss that is not consistent with its staggering US$120 billion valuation for its listing debut.

Is Uber the next SNAP?

Brophy, a professor of finance at the University of Michigan’s Ross School of Business, remains doubtful about the company’s practises, “Uber needs to show it can control costs and can make money,” he said.

“Basically [they need to] provide a strong argument that its business model is not broken and that it can achieve and sustain profitability despite issues with drivers, customers and politicians.”

While the bottom line isn’t always the end of the world for younger high-growth ventures, Uber’s propensity to splurge crazy money on highly contested markets (such as Uber Eats), in combination with Lyft’s resurgence, could spell worry for its investors.

Uber’s 96 investors, which include Toyota and Amazon founder/CEO Jeff Bezos, have amassed more than US$22 billion – making it the number-one unicorn in the world.

Arun Sundararajan, a professor of business at New York University Stern School of Business, believes concerns around Uber’s IPO are overblown, “I believe investors will forgive even higher fourth-quarter losses if there’s evidence of significant topline growth,” he said.

But it’s Sundararajan’s last point that brings forward the question: if Uber fails to capture growth, what then?

It’s a framework that shares characteristics with Snap Inc. (SNAP), which saw its share price vaporise within months following its much hyped IPO.

While SNAP enjoyed widespread app popularity (as does Uber), its failure to monetise and create profitability paved the way for its ultimate demise.

Until Uber can demonstrate some form of the latter, it may be wise to tread carefully.

Uber IPO: What you need to know