Got the munchies? The startup that ate itself

‘Dinner is solved.’ That was the motto of the online food delivery service, Munchery.

Everyone eats every day right? What could go wrong?

Unfortunately for Munchery, it turns out dinner is anything but solved.

Earlier this week the company filed for bankruptcy, citing increased competition, over-funding and failed expansion efforts as the reasons for its demise.

It owes a whopping US$3 million in unfulfilled customer gift cards and another US$3 million to its vendors, suppliers and various third parties.

Founded in 2010, the San Francisco business had raised some US$125 million in venture capital funding and had reached a valuation of US$300 million by 2015. It’s now thought to be the biggest on-demand food company to bust.

How did it go so wrong?

Despite its rich beginnings, the company struggled to find its true identity.

What originally started as a ready-to-eat meal delivery service quickly bolted on a meal-kit scheme, which offered subscription plans from just $8.95 a month.

During an interview with the SF Chronicle, Amy Machnak, who was Munchery’s content manager, said the company’s failure was not surprising, “The very first day I got there, I walked in and got the lay of the land, and was like: this is not going to last. The logistics were poor.” 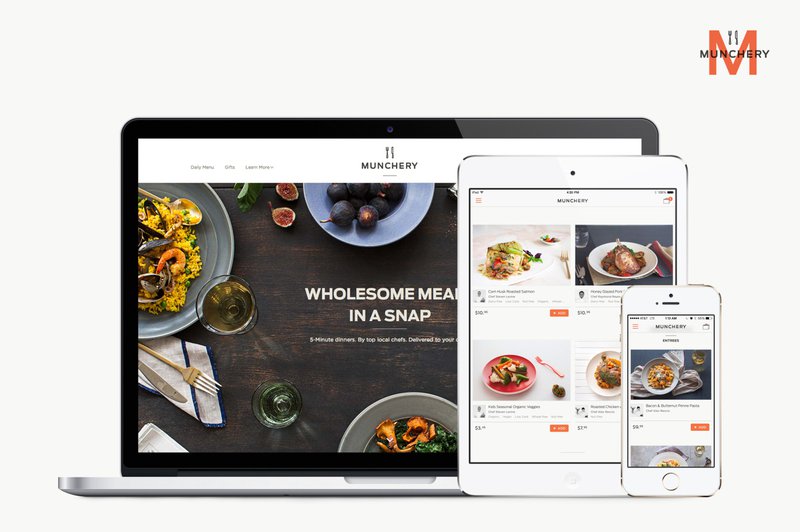 To support its new product offerings, Munchery opened three industrial state of the art kitchens in Seattle, Los Angeles and New York, hiring chefs to meet the demand at each venue.

One such chef was Pascal Rigo, who worked with Munchery for five months, “I couldn’t understand why we weren’t just focusing on San Francisco and doing it right before going to Seattle, Los Angeles and New York,” he said in an interview with the SF Chronicle.

“I was not comfortable with the overall strategy. It really needed validation at the city level, at the concept level, before going anywhere else.

“It’s very complicated. You can be either a good food company or a good delivery company, but I don’t think anyone has been able to do both,” he continued. “The idea was very exciting and a big proposition.

“Not only Munchery but everyone in this category that wanted to manufacture and deliver their own food to customers had difficulties.”

It turns out Rigo was right.

By May 2018, the company had shut down its operations in the three cities. There was widespread concern that the company was not financially viable, but Munchery moved to dispel these claims.

At the time of the announcement, the company said it would double down on its biggest market, San Francisco. “[We will] achieve profitability in the near term, and build a long-term, sustainable business,” the company announced.

In late 2018, Munchery laid off some 30% of its employees and by January 2019 it had ceased all operations, effective immediately.

The unfortunate demise of this once promising business is a timely reminder to others: it’s best to curb one’s appetite for expansion until the business model is proven.