Fortnite has grossed $3 billion and counting, but which stocks are profiting from it?

Fortnite. It used to be two weeks from now. Today, it’s a game. And a popular one at that.

So popular in fact, that some teenage kid just became an instant millionaire.

More on that shortly.

Once upon a time I was addicted to Medal of Honour and Resident Evil, along with myriad friends, colleagues and acquaintances.

Nobody was making any money by playing games. In fact, it was a loss leader.

The only money being made was a few hundred bucks every couple of weeks working at McDonalds or some retail clothing store at which you convinced people to buy ill-fitting clothes. These were the days before skinny jeans gave you that moulded-to-the-body look that we now all love.

Anyway, whatever you earned paid for beers at the nightclub twice a week and a souvlaki afterwards. You went home, played a few games of Medal of Honour and rocked up to university the next day, hungover but fully in sync with your lesson plans.

A lot has changed since then.

In fact, a lot can change in the various iterations of game creation.

Data from the Interactive Games and Entertainment Association suggests that 62% of all working age Australian adults play video games.

That’s not even kids. That’s men and women over a certain age.

Overall, more than two thirds of Australians pick up a joystick (is that what it’s called these days?) and beat or shoot the life out of fictitious bad guys.

Maybe you are the bad guy? Depends on your preference I guess.

Which brings me back to Fortnite.

This year we saw the inaugural Fortnite world cup played. It was won by a 16-year-old, affectionately known as Bugha as opposed to Booger, the lovable nerd of the 1980s who sought revenge on high school jocks. 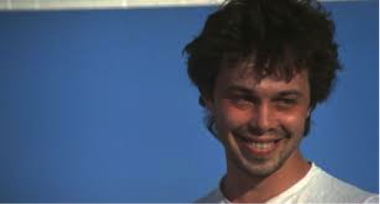 Bugha took home A$4.3 million from a total prize pool of $43 million.

Interestingly, Curtis Armstrong’s (Booger) net worth is only $2.5 million. Armstrong is an excellent actor who has been in numerous movies and TV shows for the last 30 years. Go figure!

To give you further perspective, Novak Djokovic and Simona Halep each took home US$2.98 million for winning Wimbledon.

As Boom Crash Opera’s Dale Ryder once sang, ‘these here are crazy times’.

Of course, gaming is now a sport like any other and Fortnite creator, Epic Games is cashing in.

Epic Games is a privately held entity that to 1 January this year was generating US$2.5 million a day in revenue. The company raked in US$3.5 billion in profits in 2018.

Founder Tim Sweeney rocketed into the Bloomberg Billionaires Index after he amassed a $7.2 billion fortune.

Like any great entrepreneur he founded Epic Games in the basement of his parents’ home and while he has a long way to go to catch up to Amazon’s Jeff Bezos’ net worth of ̴$123 billion.

Sweeny and Bugha aren’t the only ones to profit.

Funko produces branded toys and collectibles for the Fortnite game. Shortly after Funko announced the Fortnite deal in July this year, its stock surged with the company finishing 2018 up 93%.

Battle royale games are all the rage.

Fortnite will continue to expand its reach as e-sports (a separate article for another time) goes mainstream).

eSports is a multi-billion dollar industry and kids like Bugha no longer need to work at McDonalds to make a teenage living.

What a time to be alive and playing video games.