Could our tech gurus donate more to recent crises?

The philanthropy and generosity shown by millions across the world, could have eventuated in better circumstances. However, highest praise should be given to all of those who have donated big and small amounts to help bushfire victims rebuild their communities and lives.

As for the tech billionaires, it seems they may not be the ‘world is not enough’ Bond villains that many thought they were.

“Our hearts go out to all Australians as they cope with these devastating bushfires,” Bezos said. “Amazon is donating 1 million AU dollars in needed provisions and services,” Bezos said. 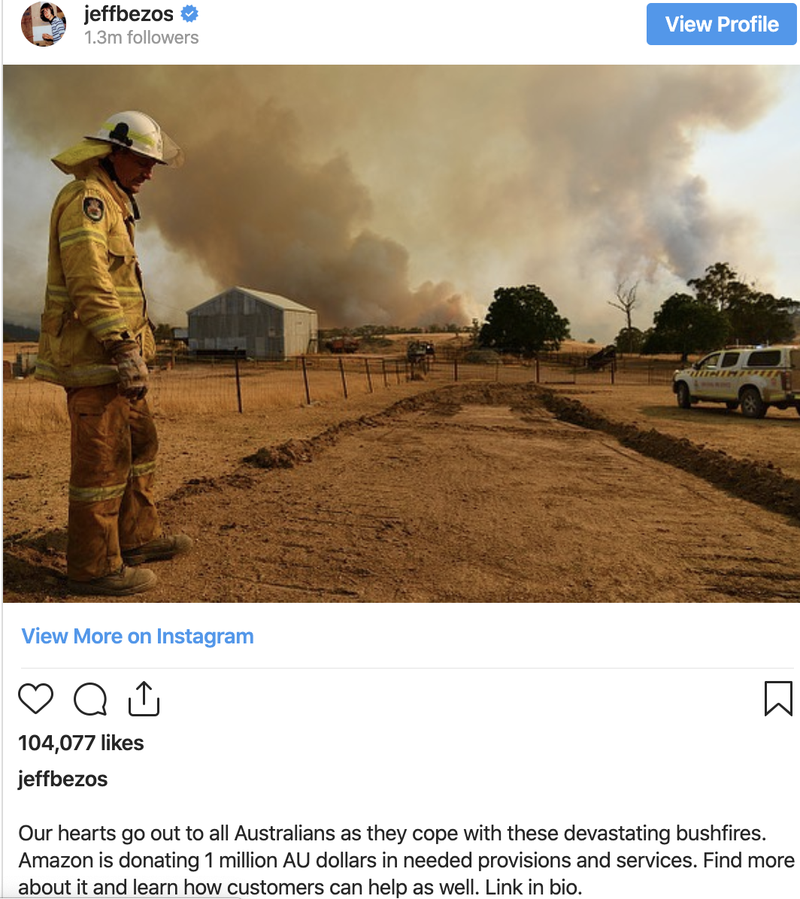 Bezos has come under fire for the amount donated, with several claiming it pales in comparison to his personal wealth.

$1 million is still a substantial amount of money and will go a long way to helping Australia’s recovery.

The Coronavirus looks to be the next big issue the international community is set to tackle and this time it’s Alibaba co-founder Jack Ma putting his hand in his pocket.

Ma, who just happens to be China’s richest man with an estimated $US41.8 ($62) billion in wealth, will donate 100 million yuan ($14.5 million) through his charitable foundation as an adjunct to his Alibaba Group Holding Ltd. establishing a 1 billion yuan fund to share its artificial intelligence expertise with researchers.

“We know that the battle between humanity and disease is a long journey,” the foundation said in a post on its Twitter-like Weibo account. “This money will help various medical research efforts and help disease prevention.”

It’s not just the Chinese who are digging deep, Bill and Melinda Gates have also pledged assistance to the tune of $10 million.

So far at least 170 people have died from the disease and it looks to be spreading around the globe.

Any assistance will help.

As CNBC journalist Eunice Yoon points out, the spread of the virus is going to have a big impact on global supply chains soon, with many cities and provinces shut down over the next few weeks.

With that in mind, is it enough?

How much is ever enough?

Could Bezos, Ma and co. give more. Certainly, they could.

When you have a look at donations from other major organisations their donations sit somewhere in the middle.

For instance, Holden announced it would pledge $1 million to the bushfire appeal, with the first $200,000 going to the Red Cross for immediate disaster relief.

"The remaining amount will be directed to where it will make the most meaningful impact, and we are working with our dealerships and partners in affected areas to coordinate these funds," Holden Australia said in a statement on Instagram.

Volkswagen Group Australia has announced a $2.5 million donation toward relief and recovery efforts.

The NAB has donated $5 million, Chris Hemsworth has donated $1 million. The following table published by the Sydney Morning Herald gives an excellent overview as to who has done what for this bushfire crisis: 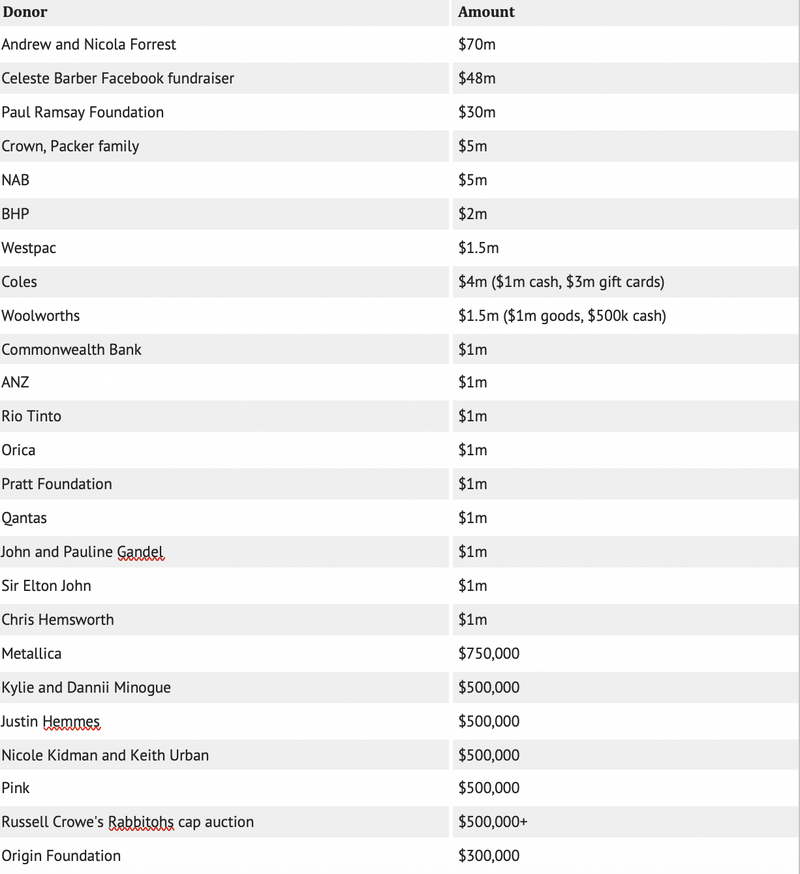 As for the Coronavirus, Cargill will donate Rmb2m to the Chinese Red Cross to support medical teams and to provide aid to affected communities. Dell will also donate Rmb2m, PepsiCo and Procter & Gamble in the US have pledged support along with Europe’s Bayer, L’Oréal and Michelin making similar pledges to the Gates Foundation. Tim Cook, the chief executive of Apple, said on Twitter that his company would donate to groups in China participating in relief efforts.

The amounts donated vary, but any amount to any cause makes a difference.

Could multi-billion dollar organisations donate more? Yes, they could. However, many of these organisations already have corporate responsibility programs in place that see them donate to a range of existing causes and charities.

Personally, I don’t think we should be getting caught up on the amounts of money being donated, we should be thankful that donations are being made that can have a positive impact on specific crises.