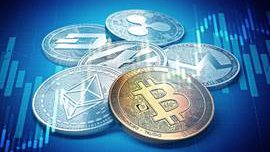 Though the first decentralised cryptocurrency was created in 2009, it was the unprecedented 'bitcoin boom' of 2017 that skyrocketed crypto into public consciousness writes Rob Wilson, CEO of Incent and creator of Australia’s first cryptocurrency.

Bitcoin, the blockchain and cryptocurrencies entered mainstream media with a bang; for a while being the 'It girl', the most clickable term on the internet and the buzzword you would drop into conversation to let people know you were in the know. However, while content surrounding these terms proliferated, crypto remained deeply misunderstood.

The initial virality of cryptocurrency may have faded, but the myths and confusion surrounding it remain extensive.

Cryptocurrency and blockchain are one and the same

Most likely due to the ties between the two, combined with the prevalence and popularity of Bitcoin, many people confuse crypto and blockchain. Cryptocurrency is an internet-based medium of exchange, with its decentralised nature the most important characteristic to note. It is not tied to any authority and theoretically, that characteristic protects it from traditional control by government or authorities. In contrast, blockchain is essentially a database, a system for storing and finding information. It’s a technology that’s being used by everyone from Amazon and Mastercard to ING and Nestle - definitely not limited to crypto-based companies.

The link between the two? Cryptocurrencies use the blockchain. It’s what allows them to be transparent, decentralised and fixed - the key properties that make them so powerful.

It is undeniable that cryptocurrency has been and will continue to be used for criminal activity. The anonymity that it provides as well as its decentralised nature makes it an attractive option to those wanting to use it for wrongdoing, whether that be drug sales or money laundering. However, the assumption that cryptocurrency makes illegal activity easier or that it is used more in illegal activity than the US dollar is fundamentally incorrect. After all, money laundering and the drug trade have been around for centuries, well before the first crypto was brought into the market.

As cryptocurrency utilises the blockchain, it retains one of the key features of blockchain technology: transparency. Every transaction is recorded and is visible to everyone. In addition, every bitcoin transaction is tied to a user with a username. While it may be unclear who is behind that username, their activity is tied to that collection of letters and it is trackable. As people start to understand that transparency, crypto becomes a far less attractive option; perhaps that’s why US DEA report that use of bitcoin for criminal activity has plunged over the past five years.

Bitcoin can be randomly created, hacked etc. It isn’t guided by the same rules as fiat currency.

Bitcoin is probably the most well-known crypto, recognised as an official currency by a number of nations, despite widely circulated misunderstandings as to how it works. It goes without saying, Bitcoin cannot be created out of thin air. There is a finite amount of Bitcoin - 21 million to be precise. It also abides by the rules that we use to decide whether or not something is “money” - it’s uniform, divisible and portable. In that sense, its parameters are much the same as the US dollar. The big difference lies in that key characteristic: decentralisation. Unlike the US dollar or the British pound, Bitcoin isn’t controlled by an authority or government. Sadly for those authorities, that doesn’t make it any less ‘real’.

As cryptocurrency is digital, it doesn’t really exist.

A lot of us struggle to believe in or understand those things that we cannot touch or see and that sentiment seems to have been applied to cryptocurrency as a whole. However, the way crypto is ‘seen’ is much the same as the visibility of fiat currency: when we go to the bank and use our cards, all the transactions taking place are virtual. We don’t see physical money exchanging hands, but that doesn’t diminish its value nor negate its status as “money”. That exchange of value still exists even though it was digital - exactly the same as crypto.

You could even say that cryptocurrency is more ‘real’ than commonly traded assets, like gold. More gold is bought and sold than actually exists or has been mined - something that can’t happen with cryptocurrency.

The Aussie entrepreneur that could disrupt the crypto market?